Close
The Four Tops
from Detroit, MI
formed January 1, 1953 (age 69)
Biography
The Four Tops' story is one of togetherness and success. These Motown legends teamed up in high school, spent over four decades together without a personnel change, and in between became a top-tier act on a label with no shortage of talent, ranking with the Temptations and the Supremes as its most consistent hitmakers. Where many other R&B vocal groups spotlighted a tenor, the Four Tops were fronted by deep-voiced Levi Stubbs -- who had all the grit of a gospel-trained soul belter -- yet the Tops' creamy harmonies, filled out by Duke Fakir, Obie Benson, and Lawrence Payton, were smooth enough for Motown's pop-soul productions. From 1964-1967, the group recorded some of the greatest and most popular Holland-Dozier-Holland compositions, including "Reach Out, I'll Be There," "I Can't Help Myself (Sugar Pie, Honey Bunch)," "Standing in the Shadows of Love," "Bernadette," and "Baby I Need Your Loving." When Motown moved to Los Angeles in the early '70s, the Tops remained in Detroit and enjoyed a renaissance with the ABC-Dunhill imprint, highlighted in 1973 by "Ain't No Woman (Like the One I've Got)," among several additional Top Ten R&B hits. Through the '80s, they continued to perform and tour, scored the occasional comeback hit, and were briefly reunited with Motown. Rock and Roll Hall of Fame inductees in 1990, the group released their last studio recording in 1995, remained intact until Payton's death two years later, and continued through the deaths of Benson and Stubbs the following decade. Fakir continues to lead the Four Tops as a beloved live act.

The Four Tops began life in 1953 (some accounts say 1954), when all of the members were attending Detroit-area high schools. Levi Stubbs and Abdul Duke Fakir went to Pershing, and met Northern students Renaldo Obie Benson and Lawrence Payton at a friend's birthday party, where the quartet members first sang together. Sensing an immediate chemistry, they began rehearsing together and dubbed themselves the Four Aims. Payton's cousin Roquel Davis, a budding songwriter who sometimes sang with the group during its early days, helped them get an audition with Chess Records in 1956. Although Chess was more interested in Davis, who went on to become Berry Gordy's songwriting partner, they also signed the Four Aims, who became the Four Tops to avoid confusion with the Ames Brothers. The Four Tops' lone Chess single, "Kiss Me Baby," was followed by similarly brief stints at Red Top and Riverside. They signed with Columbia in 1960 and were steered in a more upscale supper-club direction, singing jazz and pop standards, and during this period toured with Billy Eckstine.

In 1963, the Four Tops signed with longtime friend Berry Gordy's new label, specifically the jazz-oriented Workshop subsidiary. They completed a debut LP, to be called Breaking Through, but Gordy scrapped it and switched their style back to R&B, placing them on Motown with the Holland-Dozier-Holland songwriting team. After a full decade in existence, the Four Tops finally notched their first hit in 1964 with "Baby I Need Your Loving," which just missed the pop Top Ten. Early 1965 brought the follow-up ballad hit "Ask the Lonely," and from then on there was no stopping them. "I Can't Help Myself (Sugar Pie, Honey Bunch)" went all the way to number one that spring, and the follow-up "It's the Same Old Song" reached the Top Five. The hits continued into 1966, with "Something About You" "Shake Me, Wake Me (When It's Over)," and "Loving You Is Sweeter Than Ever" all coming in succession. The fall of 1966 brought the group's masterpiece in the form of the virtual soul symphony "Reach Out, I'll Be There"; not only did it become their second number one pop hit, it also wound up ranking as the creative peak of the group's career and one of Motown's finest singles ever. During this period, the Tops also earned a reputation as one of Motown's best live acts, having previously honed their performances for years before hitting the big time.

The Four Tops kicked off 1967 with the dramatic Top Ten smash "Standing in the Shadows of Love," which was followed by the Top Five "Bernadette." "7-Rooms of Gloom" and "You Keep Running Away" reached the Top 20, but toward the end of the year, Holland-Dozier-Holland left Motown over a financial dispute. The Tops' next two hits, 1968's "Walk Away Renee" and "If I Were a Carpenter," were both covers of well-known recent songs (by the Left Banke and Tim Hardin, respectively) and made the Top 20. They enjoyed a resurgence in 1970 under producer Frank Wilson, who helmed a hit cover of the Tommy Edwards pop standard "It's All in the Game" and a ballad co-written by Smokey Robinson, "Still Water (Love)." The Tops also recorded with the post-Diana Ross Supremes, scoring a duet hit with a cover of "River Deep, Mountain High" in 1971.

When Motown moved its headquarters to Los Angeles in 1972, the Four Tops parted ways with the company, choosing to remain in their hometown of Detroit. They signed with ABC-Dunhill and were teamed with producers/songwriters Dennis Lambert and Brian Potter, who did their best to re-create the group's trademark Motown sound. The immediate result was "Keeper of the Castle," the Four Tops' first Top Ten hit in several years. They followed it in early 1973 with "Ain't No Woman (Like the One I've Got)," a gold-selling smash that proved to be their final Top Five pop hit. That year they also recorded the theme song to the film Shaft in Africa, "Are You Man Enough." Several more R&B chart hits followed over the next few years, with the last being 1976's "Catfish"; after a final ABC album in 1978, the Tops resurfaced on Casablanca in 1981. The first single for their new label, "When She Was My Girl," went all the way to number one on the R&B chart, just missing the pop Top Ten.

The Four Tops rejoined Motown in 1983, the year of the company's 25th anniversary, and toured extensively with the Temptations. They also recorded a couple albums of new material, and wound up leaving Motown amid confusion over musical direction. Meanwhile, Stubbs provided the voice for Audrey the man-eating plant in the film version of Little Shop of Horrors. The Four Tops next caught on with Arista, where in 1988 they scored their last Top 40 pop hit, the aptly titled "Indestructible." The Four Tops were inducted into the Rock and Roll Hall of Fame in 1990. Following the 1995 release of their final studio album -- a Christmas recording -- they've stuck to performing and touring. In 1997, Lawrence Payton passed away due to liver cancer, ending the astonishing longevity of the original lineup. Theo Peoples, who had recently spent six years with the Temptations, was eventually added to the lineup.

Early the next decade, a stroke sidelined Stubbs and prompted the addition of Ronnie McNeir, who had been group's musical director. Benson died of lung cancer in 2005 and was replaced by Lawrence Payton, Jr. Stubbs, whose last performance was at the Four Tops' 50th anniversary concert the previous year, died in his sleep in 2008. Three years later, Peoples left the group, enabling the entry of Harold Spike Bonhart. All the while, and into the 2020s, Fakir has continued to lead the Four Tops on-stage. ~ Steve Huey & Andy Kellman, Rovi 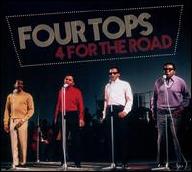 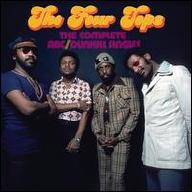 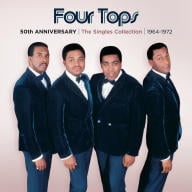 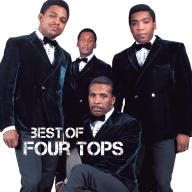 I Can't Help Myself: The Collection
2012 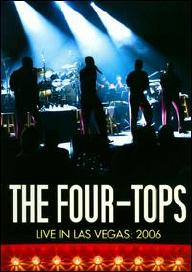 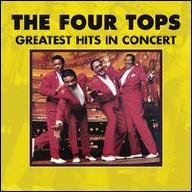 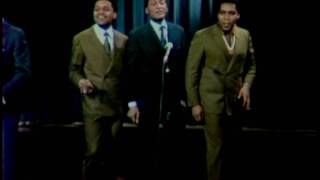 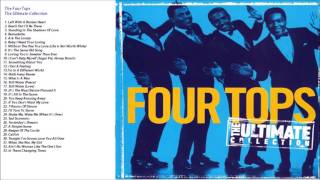 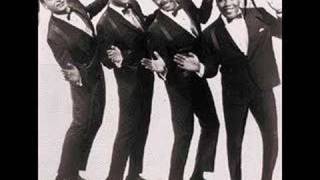 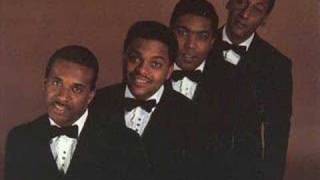 The Four Tops - Baby I Need Your Loving 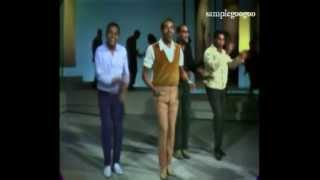 The Four Tops - It's The Same Old Song 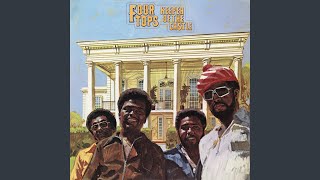 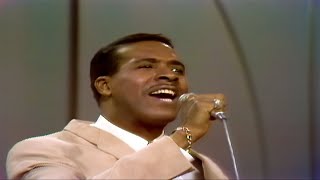 Four Tops "Reach Out I'll Be There" on The Ed Sullivan Show
Available here: