Close
Gustavo Dudamel
from Barquisimeto, Venezuela
January 26, 1981 (age 41)
Biography
Gustavo Dudamel's skillful conducting and dedication to music drew international attention while he was just in his twenties, and he continues to attract diverse audiences throughout the world. El Sistema's most famous alumnus and advocate, Dudamel encourages other communities to develop similar youth music programs. He has been the music director of the Los Angeles Philharmonic Orchestra since 2009 and took the same role with the Paris Opera in 2021. Leading the Los Angeles Philharmonic and a host of soloists and choruses, he earned a Grammy Award in 2022 for a recording of Mahler's Symphony No. 8 (Symphony of a Thousand).

Dudamel was born on January 26, 1981, in Barquisimeto, Venezuela. He began violin lessons at age ten in Venezuela's El Sistema music program and then began studying conducting in 1995 with Rodolfo Saglimbeni. In 1999, he was named music director of the program's Simón Bolívar Youth Orchestra, studying with El Sistema's founder, José Antonio Abreu. Just five years later, Dudamel won the inaugural Bamberger Symphoniker Gustav Mahler Competition and became a highly sought-after orchestral and opera conductor, working with such ensembles as the New York Philharmonic, the City of Birmingham Symphony, and the Israel Philharmonic, among others.

Deutsche Grammophon signed him on as an artist in 2005, releasing his first recording -- Beethoven Symphonies No. 5 and 7 -- in 2006. It then released a video of Dudamel leading the Stuttgart Radio Symphony in a concert for Pope Benedict XVI in honor of his 80th birthday. In 2007, Dudamel became the music director of the Gothenburg Symphony (where he remained until 2012) and the first conductor under the age of 30 in many years to be appointed to a major orchestra when he was named music director of the Los Angeles Philharmonic beginning with the 2009-2010 season. Dudamel's position with the Los Angeles Philharmonic was extended through its 100th anniversary season, then again until 2026. He continues to lead the Simón Bolívar Symphony, sometimes bringing the two orchestras together for projects. Dudamel's success and admiration for El Sistema has led to his advocating for similar programs in other communities. In 2007, Dudamel and the Los Angeles Philharmonic initiated the Youth Orchestra of Los Angeles (YOLA), which serves more than 1,500 musicians, providing educational support and free instruments.

Dudamel has continued to guest conduct widely, with several opera productions in his repertoire. His score for the film Libertador was released in 2014, as was his recording of the John Adams opera The Gospel According to the Other Mary. In addition to video releases, Deutsche Grammophon has also issued digital-only recordings, including parts of his inaugural concert with the Los Angeles Philharmonic and an all-Wagner program with the Simón Bolívar Symphony. In 2017, Dudamel led the Vienna Philharmonic's annual New Year's Concert, which was issued by Sony Classical. In 2019, Dudamel and the Los Angeles Philharmonic released the album Andrew Norman: Sustain, which won the 2020 Grammy Award for Best Orchestral Performance. Dudamel and the Los Angeles Philharmonic took the Grammy for the same category the following year for their recording of the Symphonies of Charles Ives.

In 2021, the Judith and Thomas L. Beckmen YOLA Center opened as a permanent facility for the YOLA program. That year, Dudamel conducted the score for Steven Spielberg's film adaptation of West Side Story, and he became the music director of the Paris Opera, staging Mozart's Le nozze di Figaro and Puccini's Turandot in his initial season at the helm. In 2022, Dudamel was the subject of the documentary ¡Viva Maestro!, and his performance of Mahler's Symphony No. 8 (Symphony of a Thousand) captured the Grammy for Best Choral Performance. He continues to spend a considerable amount of time working with students in Venezuela, and he remains steadfastly committed to inspiring others and making music accessible to all. ~ Patsy Morita & Keith Finke, Rovi 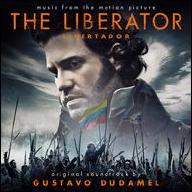 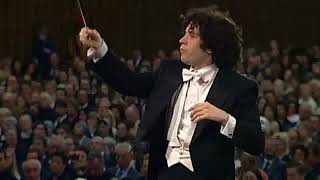 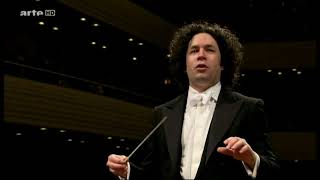 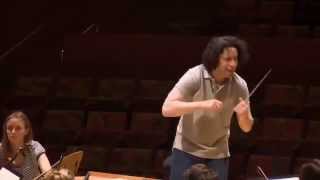 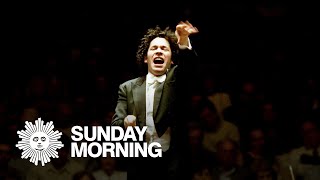 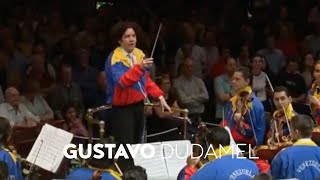 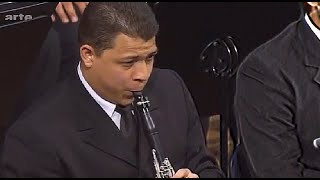