Close
The Flying Machine
Biography
During the approximate one year of their existence as a band, from 1966 until 1967, the American quartet called the Flying Machine -- not to be confused with the English Flying Machine of the same era -- were referred to as just that, the Flying Machine. But starting approximately three years or so after their breakup, they were usually referred to as "James Taylor the Flying Machine," a reflection of their onetime lead singer's emergence to stardom between 1969 and 1971. The short-lived East Coast band was most notable for featuring James Taylor as its singer, but the Flying Machine did leave behind a small but interesting body of recordings, most never intended to represent their actual sound and all the more interesting for it. The initial impetus for organizing the group came from guitarist Danny Kootch Kortchmar, who had previously played in a band called the Kingbees. In the summer of 1966, while staying in Martha's Vineyard after departing from that band, and crossing paths with his friend James Taylor, Kortchmar proposed putting the group together with Taylor as lead singer and himself on lead guitar, and Joel O'Brien on drums. In the absence of any experienced bassists in their circle of acquaintances, they recruited an old friend, Zachary Weisner, whom they had to teach to play the instrument.

According to Timothy White in -Long Ago and Far Away -- James Taylor: His Life and Music, the Flying Machine rehearsed in the basement of the Albert Hotel in Greenwich Village, and got their first gigs at places such as the Cafe Bizarre and the Nite Owl Cafe, where they succeeded the Lovin' Spoonful, who had moved on to bigger things, including a recording contract. Taylor and Kortchmar were the creative members of the band, with Taylor carrying most of that load as a composer, which resulted in one of the latter's most revealing early songs, Rainy Day Man. The song -- according to White -- was written very much under the musical influence of the Rolling Stones' Paint It Black and also amidst Taylor's first instance of heroin addiction, a condition that also afflicted drummer Joel O'Brien. Oddly enough, at the time their performing was unaffected by this problem -- the Flying Machine were good enough to attract the attention of composer/producer Chip Taylor who, in partnership with producer Al Gorgoni, got them into the studio to cut half a dozen of what they thought were demos of their songs, including Night Owl and Rainy Day Man. A single of Night Owl b/w Brighten Up Your Night with My Day was issued through Jay Gee, an imprint of Jubilee Records, and got some modest airplay in the Northeast without charting, and that was as far as record label interest went.

The band was actually quite good and played strong sets with a lean folk-rock sound that also displayed a kind of stripped-down psychedelic influence within its folk-rock idiom. The fact that they did originals also put them in exactly the right position, at a time when the best part of the New York rock music world was embodied by the likes of acts such as the Blues Project and the Lovin' Spoonful, who were no slouches in the composition department either. But the Flying Machine could never make all of their attributes -- Taylor's voice and songs, Kortchmar's playing, and their overall sound -- work for them all the way around the course. The slight ripple created by the single wasn't enough to interest Jubilee Records in fronting the money for the sessions to record an entire LP by the band, even though that seemed to be the way to go, and Chip Taylor and whoever he was talking to were personally unready to commit the money necessary for that. A commitment for an EP was the best that anyone could come up with, and realistically, such releases weren't usually much more than vanity efforts in America. (The EP format was so unappealing in the United States that even the Beatles, whose work was normally golden, abandoned it for this side of the Atlantic after 1964.)

The quartet eventually got a manager and some wider-ranging gigs outside of New York City -- including one for the opening of a supermarket in New Jersey -- but never made any decent money. A disastrous gig at a club in the Bahamas in mid-1967 led the group to call it quits. About a year later, Taylor, who had made his way over to England, was heard by Peter Asher, who got a few friends of his -- members of the Beatles -- interested in his work, and arranged for his signing as the first non-Beatles artist on Apple Records. Most of the songs recorded on the resulting LP consisted of material that he had worked up initially during his time with the Flying Machine, although with smoother playing and much more sophisticated arrangements. In 1971, amid the explosion of fame surrounding Taylor in the wake of Fire and Rain and You've Got a Friend, the Flying Machine material -- all roughly 20 minutes of it, including alternate cuts and demos -- was released as James Taylor and the Flying Machine.

Of the other members of the group, Danny Kortchmar went on pass through the Fugs before forming the City with Carole King and Charles Larkey, and he recorded one album with them before their breakup. He played on Taylor's commercial breakthrough album, Sweet Baby James, and since then has enjoyed a major career as a top session guitarist -- closely associated at times with both Taylor and Carole King -- as well as recording a pair of albums of his own. Joel O'Brien also played for King (most notably on the Music album) and for Taylor's sister, Kate Taylor, on her album Sister Kate. The Flying Machine material, credited to "James Taylor the Flying Machine," has been reissued on LP and CD, and is still available in the first decade of the 21st century. Ironically, in an era when Taylor's own work has softened so much that it has become almost more closely identified with pop music rather than rock, the Flying Machine material harks back to a harder, edgier time in his musical development, when he had serious underground credibility as a cutting-edge artist. ~ Bruce Eder, Rovi 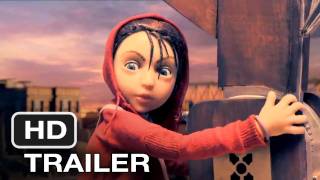 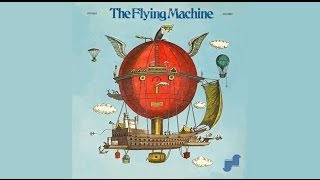 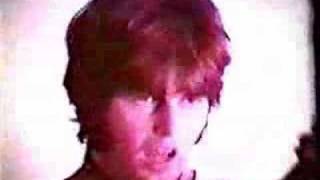 The Flying Machine - Smile A Little Smile For Me 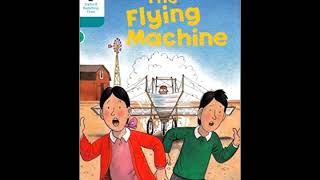 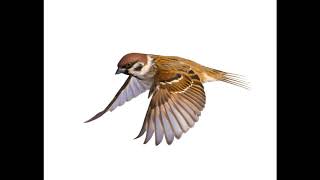 ''The ''Flying Machine'' by Ray Bradbury 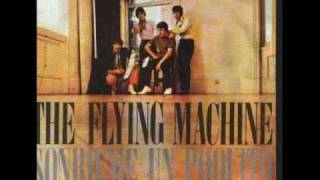 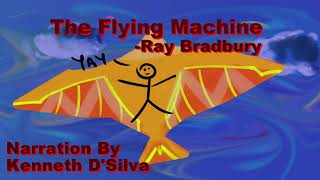