Close
Game Theory
from Davis, CA
formed January 1, 1982 - January 1, 1990 (age 8)
Biography
A singularly intelligent and imaginative pop band, Game Theory attracted little more than an enthusiastic cult following during their original lifespan of 1982 to 1990. But the band's hooky yet unconventional melodies, literate and often witty lyrics, and crafty approach to arrangements and aural montage set them far apart from their peers, and Game Theory proved to be strongly influential long after the group broke up. Sadly, as Game Theory's catalog fell out of print in the 2000s, demand for their body of work outstripped supply, and it wasn't until after the death of the group's leader, guitarist and key songwriter Scott Miller, that their music once again became available, and their albums began receiving the attention they deserved from writers and fellow musicians, including the artful song cycle Real Nighttime (1985), the muscular power pop set The Big Shot Chronicles (1986), and the sprawling, ambitious masterpiece Lolita Nation (1987).

Scott Miller (not to be confused with the Tennessee-based former leader of the V-Roys) formed Game Theory in Davis, California in 1982, shortly after the breakup of his first band of note, Alternative Learning. Joining Miller (who played guitar and sang lead vocals) in the first edition of Game Theory was Nancy Becker (ex-Alternative Learning) on keyboards and vocals, Fred Juhos on bass, guitar, and vocals, and Michael Irwin on drums. Alternative Learning had released an album (Painted Windows) shortly before their breakup, and Miller was eager to record with the new group. As a consequence, Game Theory soon began work on an album in the makeshift studio he'd constructed in his family's home. Blaze of Glory, packaged in white garbage bags since the band couldn't afford proper cover art, was released before 1982 was out, and offered a glimpse of the band's creative ambition despite its modest budget. The album was released by Miller's Rational Records label, which had previously issued the Alternative Learning recordings.

In 1983, Michael Irwin left Game Theory, and Dave Gill took over as drummer. Gill was the co-owner of a recording studio in Davis, Samurai Sound Lab, and the band soon rolled in to record an EP, Pointed Accounts of People You Know. The EP was released in late 1983, shortly before Game Theory started work on a second EP, Distortion. Released in 1984, Distortion featured production from Three O'Clock leader Michael Quercio, as well as guitar work from onetime David Bowie sideman Earl Slick. Material from the two EPs was combined with studio outtakes to create the collection Dead Center, released by the French label Lolita in 1984.

In 1984, Miller and the band started work on their second album, after scoring a record deal with the California independent label Enigma Records. Mitch Easter, then well known for his work on R.E.M.'s early albums, agreed to produce the sessions, and 1985's Real Nighttime was a major step forward for Game Theory, upping the ante in terms of songcraft and thematic unity. However, the band's lineup splintered before the album could be released, and Miller assembled a new version of Game Theory in order for the band to tour, with Shelley LaFreniere on keyboards, Suzi Ziegler on bass, and Gil Ray on drums. In between periods of road work, Game Theory and Easter returned to the studio to cut the band's third full-length, The Big Shot Chronicles. The album was named for Big Shot Photo Lab, a studio and processing facility run by Robert Toren (aka Photo Robert), the group's official photographer and sometime-lighting director who allowed the musicians to use the space to rehearse. (Toren would go on to marry Shelley LaFreniere.)

By the end of 1985, Game Theory had relocated to San Francisco, and Suzi Ziegler dropped out of the band, as Guillaume Gassuan became their new bassist. The group also added a second guitarist, Donnette Thayer, who had guested on Blaze of Glory and was also Miller's significant other. Once again working with producer Mitch Easter, this version of the band recorded 1987's Lolita Nation, a sprawling two-LP set that featured the most ambitious and accomplished music the group would ever create. While the album was once again a critical favorite, much of it was too challenging for mainstream audiences, and for all their hard work, Game Theory had yet to break out nationwide. For 1988's Two Steps from the Middle Ages, the band aimed for a more approachable sound, as well as a more polished look, without sacrificing its signature approach. Even though the album became the group's biggest seller, it arrived as Enigma Records was experiencing problems, and in 1989 the label was sold. In addition, Gil Ray suffered a back injury that left him unable to play drums for a while, and Donnette Thayer left the group to form the duo Hex with Steve Kilbey of the Church. It wasn't long before Guillaume Gassuan and Shelley LaFreniere bowed out of the group, leaving Miller to start over.

In 1989, Miller introduced a new version of Game Theory, featuring former drummer Gil Ray on guitar and keyboards, Michael Quercio on bass and drums, and Jozef Becker (who had been a member of Alternative Learning) on drums and bass. This edition of the band set out on tour, but was sidelined when a mugging left Ray with an eye injury and he headed home. Miller, Quercio, and Becker briefly continued as a trio, and were joined by a returning Nancy Becker for a recording session in which they cut new versions of three Alternative Learning and early Game Theory tunes; the tracks appeared on the career-spanning collection Tinker to Evers to Chance. While Game Theory would record one final demo, by 1991 Miller pulled the plug on the band, and that year he began working with a new group, the Loud Family, who would go on to record some of the songs from the final Game Theory demo.

In 2000, the Loud Family broke up, and while Miller used the Loud Family name for a collaborative project with Anton Barbeau, 2006's What If It Works, he gave up on music as a profession for the most part, through Miller wrote witty and insightful essays on albums he loved on his blog, which were collected into a book, 2010's Music: What Happened? Two years later, Miller quietly began making plans to record a new Game Theory album with several of the group's alumni, but he died on April 15, 2013, at the age of 53, before recording could begin. After Miller's passing, several memorial concerts were held featuring former members of Game Theory and the Loud Family performing his music, and in 2015, Miller's widow, Kristine Chambers, and Ken Stringfellow of the Posies spearheaded a project to record the songs Miller had written for the projected Game Theory album, using its intended title, Supercalifragile. Miller's death also inspired an extensive Game Theory reissue program from Omnivore Recordings, which began with a new edition of Blaze of Glory in 2014 and ended with a remastered and expanded version of Two Steps from the Middle Ages in June 2017. Omnivore followed their reissue series with 2020's Across the Barrier of Sound: Postscript, which collected rare and unreleased demos, live tracks, and studio material from the final Game Theory lineup, recorded in 1989 and 1990. ~ Mark Deming, Rovi Across the Barrier of Sound: Postscript
2020 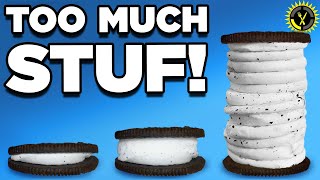 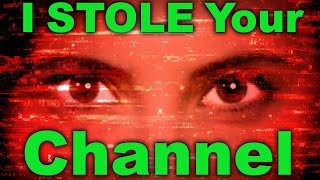 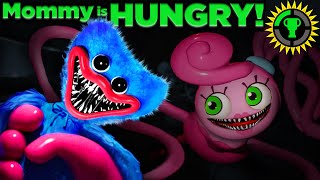 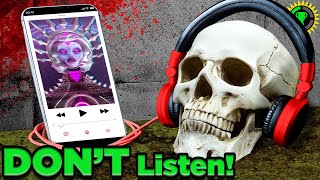 Game Theory: Listen and OBEY! The Mystery of Dislyte's Music 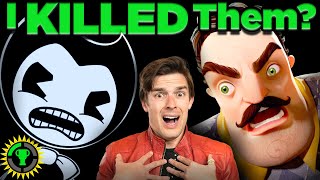 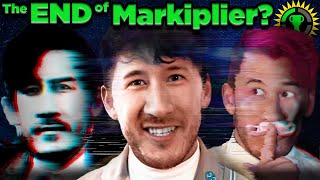 Game Theory: The End of Markiplier (In Space With Markiplier) 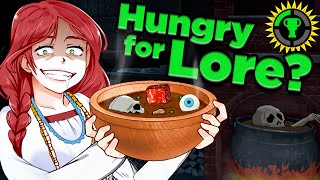