Close
Martyn Bates
from England
January 1, 1960 (age 62)
Biography
Before, during, and after his partnership with Peter Becker in the early-'80s pop duo Eyeless in Gaza, Martyn Bates pursued a widely varied solo career that ranged from industrial noise to pop balladry to traditional British folk music, and by the late '90s, into a blend of ambient and post-minimalist modern classical music. Throughout it all, Bates has maintained a taste for experimentalism that only rarely overshadows the accessibility of his music. Born in 1960 and raised in a strict Methodist household in the small Midlands town of Nuneaton, England, Bates developed an interest in folk music through his uncle, who would take the youngster to concerts by legends of the British folk boom, like Martin Carthy and John Renbourn. By his late teens, Bates had moved from centuries-old folk to the cutting edge in post-punk noise. In 1979 and 1980, Bates recorded two self-released tapes, Dissonance and Antagonistic Music, under the apt band name the Migraine Inducers. The highlights of both tapes, aggressive industrial noise in the manner of early Throbbing Gristle, were later released on CD under Bates' own name.

Although Eyeless in Gaza was a considerably less antagonistic project, a strong experimental streak ran through most of their releases. In 1982, about a third of the way through the duo's six-year career (they've enjoyed occasional collaborations since the mid-'90s), Bates released his first official solo record, the 10" EP Letters Written. A year after Eyeless in Gaza split up in 1986, Bates released his full-length solo debut, The Return of the Quiet. A continuation of the nearly commercial pop sound of the last Eyeless in Gaza album, Back From the Rains, The Return of the Quiet is an uncharacteristically soul-inflected dance pop record featuring a cover of Burt Bacharach and Hal David's The Look of Love. A year later, Love Smashed on a Rock established a return to the artily obscure but nonetheless engaging music of Eyeless in Gaza's best records. Two albums released in 1990, Letters to a Scattered Family and Stars Come Trembling, show an increased interest in quiet, almost ambient soundscapes not far removed from David Sylvian's post-Japan work.

After a nearly four-year hiatus, Bates undertook the most strenuous period of activity in his career. Aside from an ongoing series of new Eyeless in Gaza releases, Bates released Mystery Seas (Letters Written #2), a self-described fresh start to his solo career that nonetheless basically picks up where the 1990 albums left off. Bates also began two other wildly divergent ongoing projects in 1994. Murder Ballads is a collaboration with Mick Harris that ties in with Bates' initial love of traditional British folk music. Three themed EPs were released in this series between 1994 and 1998, when the trio were combined into a single collection. The two volumes in the Chamber Music series set the poetry of James Joyce to music that only occasionally resemble the titular style; more often Bates works in the semi-ambient fashion that would continue to be his primary artistic style through the rest of the '90s.

The airy, largely instrumental Imagination Feels Like Poison was released in two editions in 1997 and 1998, one with a lavishly illustrated lyric book. 1998's Just After Sunset continues in the vein of the Chamber Music releases, this time combining the poetry of Rainer Maria Rilke, read by poet Anne Clark, with ever more delicate piano-based instrumentals. Another collaboration, with Alan Trench of Orchis, was released under the name Twelve Thousand Days; 2000's In the Garden of Wild Stars is Bates' most purely ambient release, but it also combines all of his late-'90s interests, with settings of poems by William Butler Yeats and Alfred Lord Tennyson among atmospheric originals and traditional British folk songs. A third volume in the Letters Written series, Dance of Hours, came out in April 2001. ~ Stewart Mason, Rovi

It Doesn't Matter Where It's Solstice When You're
2021 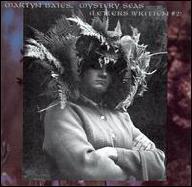 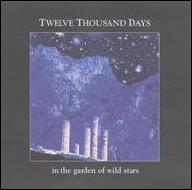 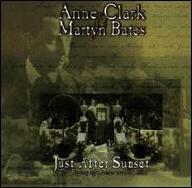 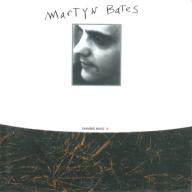 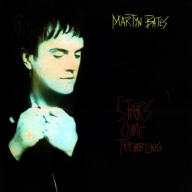 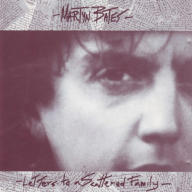 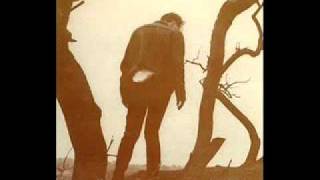 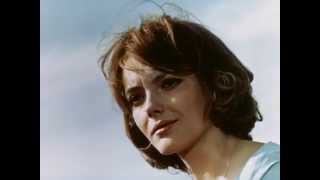 Martyn Bates - She Will Know 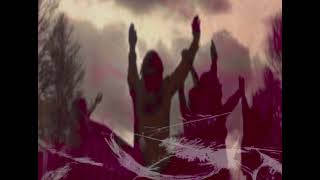 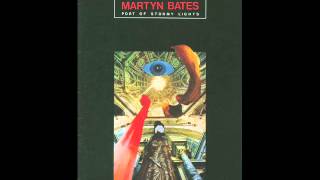 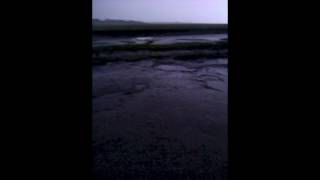 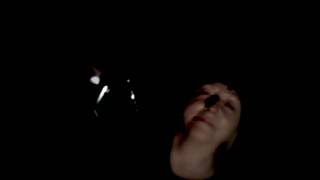 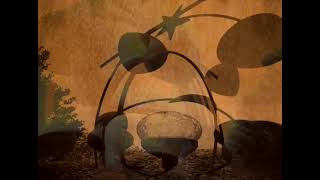 KODAX STROPHES/MARTYN BATES - You Don't Own Me . (Eyeless In Gaza) .
Available here: