Close
NRBQ
from Miami, FL
formed January 1, 1967 (age 55)
Biography
Often called "the world's greatest bar band," NRBQ are that rare group that's eclectic, stylistically innovative, and creatively ambitious while also sounding thoroughly unpretentious and accessible. At its best, NRBQ's music casually mixes up barrelhouse R&B, British Invasion pop, fourth-gear rockabilly, exploratory free jazz, and dozens of other flavors while giving it all a stomp-down rhythm that makes fans want to dance and expressing a sense of joy and easy good humor that comes straight from the heart. Over the course of a career that's lasted more than 40 years, the band has barely flirted with mainstream success but has still earned a sizable, passionate cult of fans that includes Elvis Costello, Paul McCartney, Keith Richards, Bonnie Raitt, Ira Kaplan, John Sebastian, and Dave Edmunds. The 2016 box set High Noon: A 50-Year Retrospective is a definitive look at the band's first half-century, while especially memorable albums along the way include 1972's Scraps, 1978's At Yankee Stadium, 1983's Grooves in Orbit, 1994's Message for the Mess Age, 2004's Dummy, and 2021's Dragnet.

NRBQ were formed in 1967 by pianist Terry Adams and guitarist Steve Ferguson, a pair of musicians from Louisville, Kentucky, and Joey Spampinato, a bassist who originally hailed from the Bronx. Adams and Ferguson were members of a group called the Mersey-Beats USA, who as the name suggests specialized in British Invasion covers, and they had relocated to Miami, Florida in search of steady gigs. In Miami, they met Spampinato (then using the stage name Jody St. Nicholas) and vocalist Frank Gadler, who were members of an R&B show band called the Seven of Us. Adams and Ferguson soon joined the Seven of Us, and after the addition of drummer Tom Staley, the revamped lineup changed its name to NRBQ (short for the New Rhythm and Blues Quintet), though the band was still a seven-piece when sax player Keith Spring and Donn Adams on trombone (Terry's brother), soon to be known as the Whole Wheat Horns, sat in. NRBQ left Florida and made their way to New Jersey, where they began playing New York City on a regular basis. The band landed a recording contract with Columbia Records, and in 1969 NRBQ released their self-titled debut; displaying a stylistic range that would become the band's hallmark, the first two tunes found them covering Eddie Cochran and Sun Ra, with numbers by Carla Bley, Sonny Terry Brownie McGhee, and Bruce Channel popping up elsewhere alongside a handful of group originals. The album was well reviewed but sales were spotty, and for their second LP Columbia hoped to trade on a revival of interest in first-era rock & roll by pairing the band in the studio with rockabilly pioneer Carl Perkins. Boppin' the Blues was an interesting experiment that didn't fare much better than NRBQ's debut, and they parted ways with Columbia.

In 1971, NRBQ landed a new record deal with Kama Sutra Records, and were breaking in a new guitarist; Steve Ferguson left the band, and Al Anderson, a former member of Connecticut white soul heroes the Wildweeds, took over on lead guitar for 1972's Scraps. Later the same year, Frank Gadler left the lineup, and from that point on Adams, Anderson, and Spampinato traded off on lead vocals. Released in 1973, Workshop featured a minor hit single in the topical novelty rocker "Get That Gasoline Blues," but it was also the band's last album for Kama Sutra due to disappointing sales. By the time they released another album, 1977's All Hopped Up, NRBQ had relocated to the Northeast, they were recording for their own Red Rooster label, and new drummer Tom Ardolino (a fan who impulsively hopped up on stage and sat in on the traps during an encore at a gig) had signed on, solidifying a lineup that would remain stable until 1994. One number from All Hopped Up, "Riding in My Car," attracted enough regional notice that Mercury signed the band and tacked the tune onto its next album, the marvelous NRBQ at Yankee Stadium (they didn't play there; they just sat in the stands). The Mercury signing proved to be a one-off, and Red Rooster struck up a distribution deal with the respected roots music label Rounder Records; outside of Grooves in Orbit, released by Bearsville Records in 1983 (shortly before they went out of business), Red Rooster/Rounder would be their home for the better part of 20 years as they released a steady stream of independent albums and played seemingly every club in the United States at one time or another, building a well-deserved reputation as a stellar and wildly unpredictable live act.

In 1989, NRBQ took one last chance with the major labels, signing with Virgin for the album Wild Weekend. The album fared better commercially than most of their LPs, but it was still well short of a hit, and their next disc was an archival live release for Rykodisc, 1992's Honest Dollar. In 1994, Rhino Records (who had previously compiled an excellent NRBQ anthology, Peek-A-Boo) released Message for the Mess Age, which proved to be Al Anderson's last album with NRBQ. Anderson was tired of NRBQ's busy touring schedule and left the group to work as a contract songwriter in Nashville, penning hits for Carlene Carter, Trisha Yearwood, the Mavericks, and LeAnn Rimes, among many others. (Anderson told a reporter he left NRBQ on good terms, adding "It was a great band before, and will be a great band after.") Johnny Spampinato, Joey's brother and a longtime member of the Incredible Casuals, took over as NRBQ's guitarist, and the band continued to record and tour at a steady pace. They also began popping up regularly on the popular television series The Simpsons; one of the show's top writers, Mike Scully, was a major fan, and he recruited them to record several numbers for the show, as well as appearing on the show in both animated and live-action form (they even wrote a tune specifically for The Simpsons, "Mayonnaise and Marmalade"). The band formed a new label, Edisun Records, to release 2002's Atsa My Band and 2004's Dummy, and in 2004, NRBQ staged a pair of 35th anniversary concerts in Northampton, Massachusetts, which featured appearances by every current and former member of the group.

Not long after the anniversary concerts, NRBQ quietly broke up, with Adams forming a new group, the Terry Adams Rock Roll Quartet, and releasing a number of albums through his own label, Clang Records; he also recorded and toured with Steve Ferguson, and played Scandinavia with Tom Staley's band the Hot Shots. Founding member Ferguson died of cancer at his home in Louisville on October 7, 2009 at the age of 60. Adams also struggled with health problems; he was diagnosed with throat cancer in 2004, though in 2011 he announced he was free from the illness. Joey and Johnny, meanwhile, hit the road as the Spampinato Brothers and released a fine album, 2010's Pie in the Sky. In the spring of 2011, Adams announced that the Terry Adams Rock Roll Quartet had been renamed NRBQ, and they released an album under their new moniker, Keep This Love Goin', in May of that year. Longtime drummer Tom Ardolino appeared on two tracks and drew the album's cover art, but health problems prevented him from touring; he died on January 6, 2012 in Springfield, Massachusetts at the age of 56. Ardolino's final recordings with the new edition of NRBQ appeared on 2012's We Travel the Spaceways, with the bandmembers once again indulging their fondness for Sun Ra on the title cut. Adams' NRBQ returned to action in 2014 with the album Brass Tacks. In 2016, NRBQ hit the road for a well-received tour in tandem with masked instrumental rockers Los Straitjackets. Later that same year, Omnivore commemorated NRBQ's golden anniversary with a five-disc, career-spanning box set, High Noon: A 50-Year Retrospective. Adams and NRBQ teamed with Omnivore again in 2017 to release a five-song EP, Happy Talk. A pair of live sessions recorded for radio broadcast were collected on 2019's Turn On, Tune In, and in 2020, NRBQ treated their fans to a set of rare and unreleased live and studio material, In-Frequencies, recorded between 1968 and 2018. In November 2021, Omnivore issued Dragnet, NRBQ's first album of new studio recordings in seven years. A moody and atmospheric set, Dragnet found Terry Adams sharing the songwriting responsibilities with bandmates Scott Ligon, John Perrin, and Casey McDonough. ~ Mark Deming, Rovi 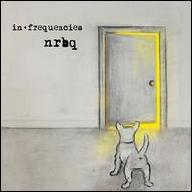 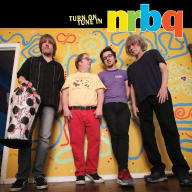 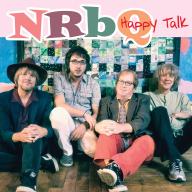 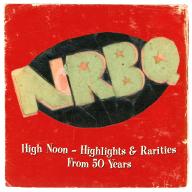 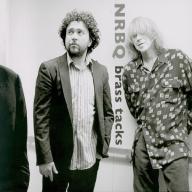 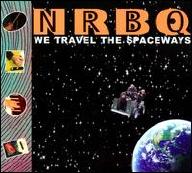 We Travel The Spaceways
2012
Videos
Close 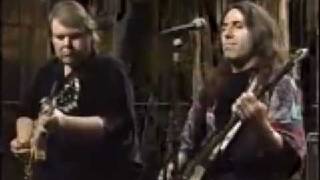 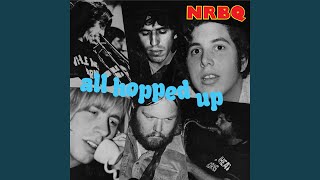 Ridin' in My Car 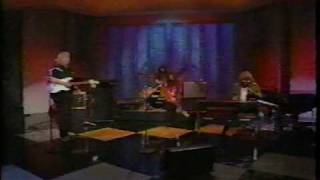 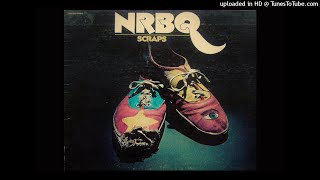 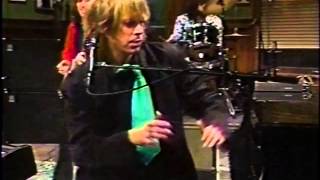 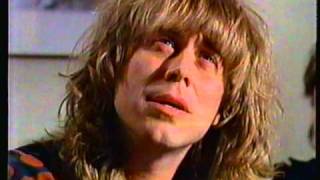 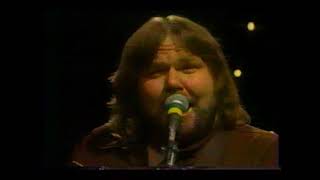 NRBQ-The Music Goes Round and Round- It Was a Very Good Year-I Want You To Feel Good
Available here: