Close
Philippe Herreweghe
from Ghent, Belgium
May 2, 1947 (age 75)
Biography
Conductor Philippe Herreweghe pioneered the performance of Bach's choral music on period instruments and remains renowned in the field. He is the leader of several connected ensembles that perform music from the late Renaissance to the contemporary era.

Herreweghe was born in Ghent, Belgium, on May 2, 1947. He concurrently studied medicine and psychiatry at the University of Ghent, in addition to studying piano with Marcel Gazelle at the Conservatory in Ghent. During that time, he founded the Collegium Vocale of Ghent (1969). Nikolaus Harnoncourt and Gustav Leonhardt took notice of the young artist and promptly invited him and his newly organized ensemble to collaborate with them in a recording project that would document the entire catalog of Bach's cantatas. Continuing his education at the conservatory, Herreweghe studied the harpsichord with Johan Huys and organ with Gabriel Verschraegen.

Ambitious, to say the least, Herreweghe formed numerous ensembles that each respectively acted as a performance vehicle for specific genres and periods of composition, resulting in numerous recordings for the Harmonia Mundi label. His Ensemble Vocale Elysées specialized and concentrated on the work of Bach and his predecessors. The Ensemble La Chapelle Royale (founded with Philippe Beaussant in 1977) focused on music from the French Baroque, as well as vocal scores from the Classical and Romantic eras. The Ensemble Vocale Européen (founded 1989) concentrated on Renaissance polyphony, while the Orchestre des Champs-Elysées (founded 1991), an original instrument ensemble, performed literature from the Classical and Romantic periods. Herreweghe divides his time in thirds and spends one with early music, one with the Romantic repertoire, and the last third with contemporary compositions. In an interview with La Scena Musicale (November 1997), the conductor described his ensembles as a "poupée russe, you know, those Russian dolls that fit one inside the other." The core Baroque group is Collegium Vocale. For bigger works and French Baroque pieces, it may be enlarged as La Chapelle Royale. and for Classical and Romantic-era music, still more players are added to form the Orchestre des Champs-Elysées.

In addition to all his own groups, Herreweghe has guest conducted many prestigious ensembles, including the Royal Concertgebouw Orchestra of Amsterdam, the Berlin Philharmonic, and the Orchestra of St. Luke's in New York City, among others. Herreweghe assumed the position of music director of the Festival of Saintes in 1982. He began his long career with Harmonia Mundi in 1989, releasing an album of music by Henry Dumont. In the year 1992 alone, he released 23 albums.

The conductor, nominated for Musical Personality of the Year (1990), has received many more awards, including European Musician of the Year (1991), Cultural Ambassador of Flanders with his Collegium Chorale (1993), and the order of Officer of Arts and Letters (1994). Herreweghe assumed the post of music director of the Flanders Philharmonic Orchestra in 1997, and beginning in 2002, served as its principal conductor (it is now the Antwerp Symphony Orchestra, and Herreweghe remains honorary conductor). From 2008 to 2013, he was the principal guest conductor of the Netherlands Radio Chamber Philharmonic. He has continued to record for Harmonia Mundi but has also issued albums on various smaller labels, including, especially in the 2010s, Phi and PentaTone Classics. The range of Romantic and contemporary music Herreweghe has conducted on recordings is perhaps greater than that of any other conductor associated with the early music movement and includes a complete cycle of Beethoven's symphonies, masses by Palestrina, Dvorák's Requiem mass, choral music by Stravinsky, and much more. On Harmonia Mundi, he and Collegium Vocale released an album of five-part madrigals by Carlo Gesualdo in 2021. ~ David Brensilver & James Manheim, Rovi 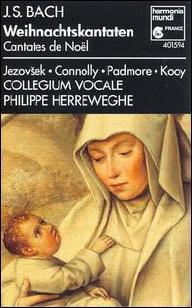 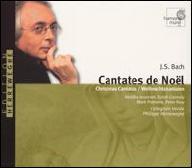 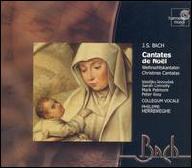 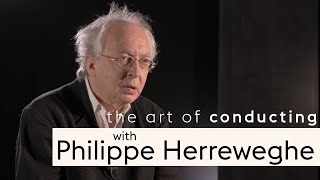 The art of conducting | Philippe Herreweghe 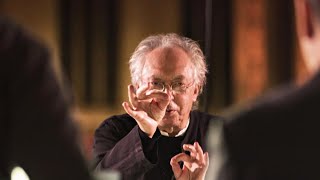 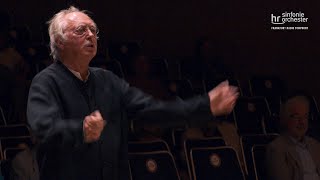 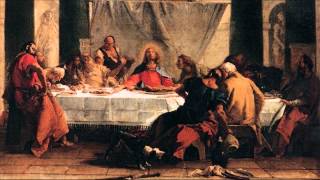 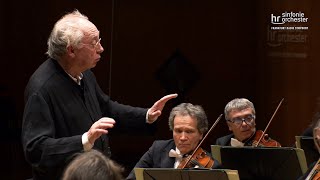 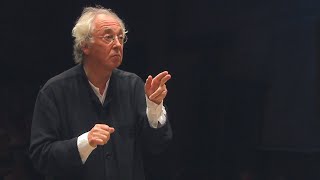