Close
Oscar "Papa" Celestin
from Napoleonville, LA
January 1, 1884 - December 15, 1954 (age 70)
Biography
Oscar Papa Celestin was a cornetist and the leader of the Original Tuxedo Orchestra, one of the most popular of the early jazz bands based in New Orleans. From 1910 Celestin led the house band at the Tuxedo Dance Hall on North Franklin St. in the French Quarter, and later founded the Tuxedo Brass Band, the namesake of the currently active Young Tuxedo Brass Band. A shooting at the Tuxedo in 1913 closed the dancehall for good, but Celestin kept both bands going, and in 1916 entered into a partnership with trombonist Tommy Ridgely that established a network of Papa Celestin bands playing constant jobs. This arrangement with Ridgely lasted until 1925.

In those days, playing with Celestin was as steady a gig as could be had in New Orleans. Basically all of the best-known New Orleans jazz pioneers played with Celestin at one time or another. Louis Armstrong was his second cornet in 1921 and 1922, Jimmie Noone played clarinet for him in the 1916 band, and Clarence Williams once led a Celestin unit. The Original Tuxedo Orchestra also proved one of the most prolific New Orleans-based recording bands of the 1920s, waxing 17 sides between 1925-1928. In 1932 Celestin was forced out of the business by depression economics and did not get another band together until after the second World War. The new Tuxedo Orchestra proved tremendously popular and was hailed as a key New Orleans tourist attraction. In 1953, Papa Celestin appeared leading his band in the big-budget travelogue #Cinerama Holiday. Celestin died not long after, and his last recording singing, "Marie LaVeau," is considered a voodoo cult classic. Celestin's band continued to record after his death. Ironically, the number of records this "ghost" band made nearly equals that of Celestin's own lifetime output. ~ Uncle Dave Lewis, Rovi 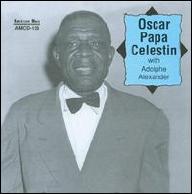 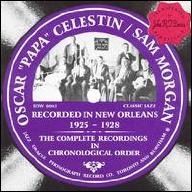 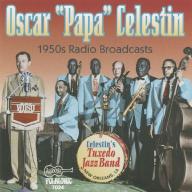 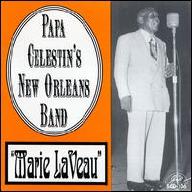 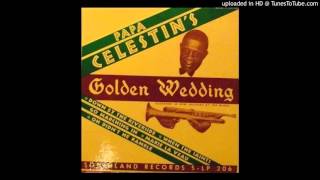 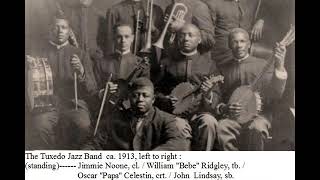 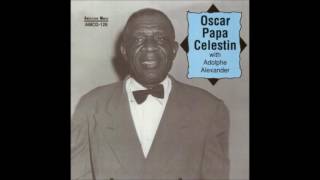 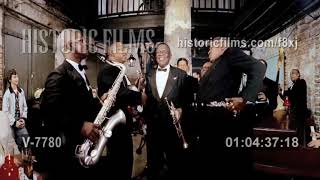 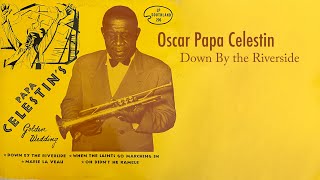 Oscar "Papa" Celestin - Down By the Riverside (vinyl record) 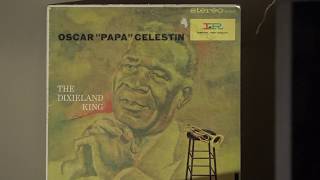 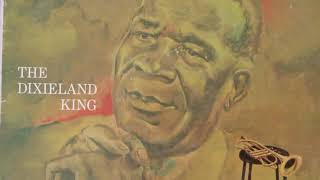