Close
Gene Pitney
from Hartford, CT
February 17, 1940 - April 5, 2006 (age 66)
Biography
One of the most interesting and difficult-to-categorize singers in '60s pop, Gene Pitney had a long run of hits distinguished by his pained, one-of-a-kind melodramatic wail. Pitney is sometimes characterized (or dismissed) as a shallow teen idol-type prone to operatic ballads. It's true that some of his biggest hits -- Town Without Pity, Only Love Can Break a Heart, I'm Gonna Be Strong, It Hurts to Be in Love, and Twenty Four Hours From Tulsa -- are archetypes of adolescent or just-post-adolescent agony, characterized by longing and not a little self-pity.

But Pitney was not just an archetype of his style -- he was one of the best at his style, and indeed one of the few (along with Roy Orbison) that could pull it off convincingly. Also (like Orbison), he had more range than he's generally given credit for, making forays into tough pop/rock, country, and even borderline rockabilly. Other than Dionne Warwick, he was the best interpreter of Bacharach-David's early compositions. Although he didn't pen much of his material, he was a composer of note, writing He's a Rebel for the Crystals, and Hello Mary Lou for Rick Nelson. He was also something of a closet hipster -- he was the first American artist to cover a Jagger-Richards song (That Girl Belongs to Yesterday, which was a British hit before the Rolling Stones had ever entered the U.S. Top 100), contributed to an actual Rolling Stones session in early 1964 (during which they recorded Not Fade Away), had a brief fling with a teenage Marianne Faithfull, and recorded songs by Randy Newman and Al Kooper long before those musicians became famous.

Pitney broke into the music as a songwriter in his late teens, getting his first taste of success when Rick Nelson had a hit with Hello Mary Lou in 1961. That same year, Pitney had a small hit with his first single, (I Wanna) Love My Life Away, a self-penned demo on which he sang and played every instrument -- an extraordinary feat for 1961. Another 1961 single, Goffin-King's Every Breath I Take, was produced by Phil Spector, and is one of the very first examples of his pull-out-the-stops Wall of Sound productions. Pitney didn't really find his metier, however, until late-1961's Town Without Pity, which became his first Top 20 entry.

For the next four years, Pitney was one of the most successful solo male vocalists in America, reeling off over a dozen more Top 40 hits. While lovelorn angst was his stock-in-trade, some of the singles were fairly innovative -- Half Heaven, Half Heartache and (The Man Who Shot) Liberty Valance were crossover country-pop before that term existed, Mecca was one of the few big pop/rock hits to bear the influence of Middle Eastern music (albeit in a superficial fashion), and Last Chance to Turn Around was a hard-boiled tough-luck tale worthy of a top-notch B-movie thriller.

Pitney withstood the initial onslaught of the British Invasion fairly well, scoring Top Ten hits in 1964 with It Hurts to Be in Love and I'm Gonna Be Strong. By 1966, though, he was in serious trouble stateside. Ironically, by this time he was a much bigger star in Britain, making the U.K. Top Ten six times in 1965-1966. He could also depend on a faithful international audience throughout Europe, and frequently recorded in Italian and Spanish for overseas markets. In 1966, he became one of the first artists to reach success with Randy Newman compositions, taking Nobody Needs Your Love and Just One Smile into the British Top Ten.

Pitney entered the U.S. Top 20 one last time in 1968 with She's a Heartbreaker, a rather forced updating of his trademark sound, and reached the Top 40 in Britain for the last time in 1974. Still, he remained a big concert draw on the overseas nostalgia circuit. In 1989, he made number one in the U.K. again by duetting with Marc Almond on a remake of one of his '60s singles, Something's Gotten Hold of My Heart. He died in April 2006, the night after a show in Cardiff, Wales. ~ Richie Unterberger, Rovi 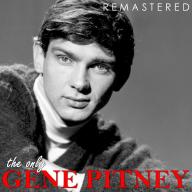 The Only Gene Pitney 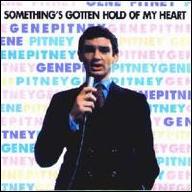 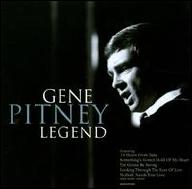 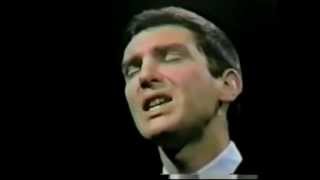 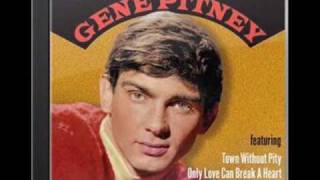 GENE PITNEY - Only Love Can Break A Heart 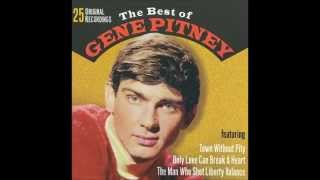 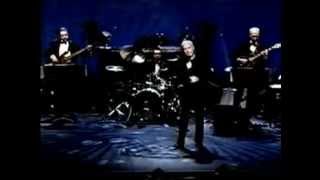 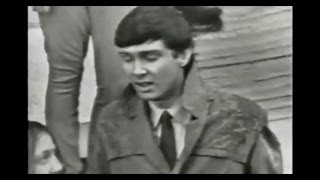 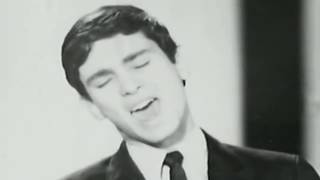 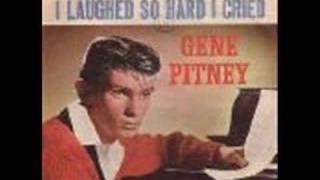