Close
Dionne Warwick
from East Orange, NJ
December 12, 1940 (age 81)
Biography
The singularity of Dionne Warwick is defined by what the singer isn't as much as what she is. Although Warwick grew up singing in church, she is not a gospel singer. Ella Fitzgerald and Sarah Vaughan are clear influences, but she is not a jazz singer. R&B is also part of her background, yet she is not really a soul singer, either, at least not in the sense that Aretha Franklin is. Sophisticated is a word often used to describe Warwick's musical approach and the music she sings, but she is not a singer of standards such as Lena Horne or Nancy Wilson. A pop singer of a sort with an aching yet detached alto voice, Warwick probably could have emerged only out of the Brill Building environment of post-Elvis Presley, pre-Beatles pop in the early '60s. That's when she hooked up with Burt Bacharach and Hal David, songwriters and producers who tailored their unusually complicated songs for her distinctive instrument. While Warwick is inescapably associated with those songs, including "Anyone Who Had a Heart," "Walk on By," and "I Say a Little Prayer," among other Top Ten pop hits through the '60s, she managed to thrive after leaving Bacharach and David, often drawing upon their style for other memorable recordings. She scored a number one pop hit when she teamed with the Spinners for "Then Came You" (1974) and achieved another Top Ten single with "I'll Never Love This Way Again" (1979), produced by Barry Manilow. The next decade, aided again by Bacharach, Warwick delivered her biggest hit of all, "That's What Friends Are For" (1985), a smash that topped the pop, R&B, and adult contemporary charts. Warwick's studio work since then has been more album-oriented, reflective of her past and influences, whether spotlighting the legacies of Cole Porter and Sammy Cahn, her love for the music of Brazil, or updating her own classics with duet partners of younger generations. A five-time Grammy-winner, Warwick was handed a Lifetime Achievement Award in 2019, and she has continued recording into the 2020s, partnering with rappers and singers for the occasional single.

Marie Dionne Warrick was born into a gospel music family. Her father was a gospel record promoter for Chess Records and her mother managed the Drinkard Singers, a gospel group consisting of her relatives. She first raised her voice in song at age six at the New Hope Baptist Church in Newark, and soon after was a member of the choir. As a teenager, she formed a singing group called the Gospelaires with her sister Dee Dee and her aunt Cissy Houston (later the mother of Whitney Houston). After graduating from high school in 1959, she earned a music scholarship to the Hartt College of Music in Hartford, but she also spent time with her group recording background vocals on sessions in New York. The Gospelaires are said to be present on such well-known recordings as Ben E. King's "Spanish Harlem" and "Stand by Me." They were at a Drifters session working on a song called "Mexican Divorce" composed by Burt Bacharach when Bacharach, attending the session, suggested Warrick might do some demos for him. She did, singing songs he had written with lyricist Hal David. Bacharach and David pitched one of the songs to Florence Greenberg, head of the small independent Scepter Records label, and Greenberg liked the demo singer enough to sign her as a recording artist. Bacharach and David wrote and produced her first single, "Don't Make Me Over," in 1962. When the record was released, the performer credit contained a typo; it read "Dionne Warwick" instead of "Dionne Warrick," and she kept the new name. (Her sister Dee Dee eventually became Dee Dee Warwick as well.)

"Don't Make Me Over" peaked in the Top 20 of the pop chart in early 1963, also reaching the Top Five of the R&B chart. Warwick's subsequent singles were not as successful, but in early 1964 she reached the pop and R&B Top Ten and the Top Five of the easy listening chart with "Anyone Who Had a Heart," which was also her first record to reach the chart in the U.K. (There, such singers as Cilla Black and Dusty Springfield would sometimes cover her records before her own versions had a chance to become hits.) "Walk on By" followed it into the Top Ten of the pop, easy listening, and U.K. charts in the spring of 1964, and it hit number one on the R&B chart. By then, the Beatles had arrived on the American scene, followed by the British Invasion, and for a while, pop artists like Warwick took a beating on the charts. Nevertheless, the singer continued to place singles and LPs in the rankings over the next couple of years, and in the spring of 1966 she returned to the Top Ten of the pop chart and the Top Five of the R&B chart with "Message to Michael." Other, more modest hits followed, including the most successful U.S. recording of the title song from the movie Alfie, which reached the R&B Top Five and the pop Top 20 in the spring of 1967. That summer, Warwick topped the R&B LP chart with her gold-selling Here Where There Is Love album, and by the fall Scepter had amassed enough chart singles to issue Dionne Warwick's Golden Hits, Pt. 1, her first album to reach the pop Top Ten, and another gold seller.

Curiously, Warwick's career reached a new level with a single not written by Bacharach and David, although they produced it. It was "(Theme From) Valley of the Dolls," written by André and Dory Previn and issued at the end of 1967. The record reached the Top Five of the pop, R&B, and easy listening charts. Its B-side, Bacharach and David's "I Say a Little Prayer," reached the Top Five of the pop and R&B charts, helping the single become a gold record, and the Valley of the Dolls LP also made the Top Five of the pop and R&B charts and went gold. With that, Warwick was on a roll. Her next single, "Do You Know the Way to San José," reached the pop Top Ten and the R&B and easy listening Top Five in the spring of 1968 and won the Grammy Award for Best Contemporary Pop Vocal Performance, Female. In the winter of 1969 her version of "This Guy's in Love with You," retitled "This Girl's in Love with You," made the pop and R&B Top Ten and the easy listening Top Five, and in early 1970 "I'll Never Fall in Love Again," from Bacharach and David's score for the Broadway musical Promises, Promises, made the pop Top Ten and topped the easy listening charts, bringing her another Grammy Award for Best Contemporary Vocal Performance, Female.

In 1971, Warwick added an "e" to the end of her name on the advice of a numerologist, retaining the new spelling until 1975. She also left Scepter Records and signed a deal with the major-label Warner Bros. that included Bacharach and David as her writers and producers. The team produced the 1972 album Dionne, which was a modest seller, but then Bacharach and David split up in the wake of the critical and commercial failure of their work on a musical remake of the film Lost Horizon in 1973. Due to her contractual commitment, Warwick was forced to sue her old partners. A settlement was reached, but they would not work together again for many years. Warwick bounced back with "Then Came You," a song she recorded with the Spinners. A Thom Bell production, it topped the pop and R&B charts and reached the Top Five of the easy listening chart in October 1974, going gold in the process. She and Bell scored another Top Ten R&B hit the following year with "Once You Hit the Road" (by which point she dropped the "e" from her last name), but Warwick was relatively quiet over the next few years.

Warwick's studio efforts since the late '80s have had less to do with the chasing of hit singles than with album tributes to songbooks and genres, and the revisitation of her back catalog, often with vocal collaborations. During the first half of the '90s, she released Dionne Warwick Sings Cole Porter and Friends Can Be Lovers, as well as Aquarela do Brasil, a passion project mixing samba, bossa nova, standards, and original material. Warwick then left Arista (and would change labels with virtually every project from then on) and closed out the '90s with Dionne Sings Dionne, consisting largely of re-recordings of her hits. Her first collection of holiday standards, My Favorite Time of the Year, was released in 2004. Two years later, she offered My Friends Me, a set of duets -- produced and arranged by Damon Elliott, her son -- that revisited her classic recordings with Gladys Knight, Cyndi Lauper, and Reba McEntire among the guests. Why We Sing, Warwick's first gospel album in nearly 40 years, landed in 2008. Three years later, she released Only Trust Your Heart, a homage to lyricist Sammy Cahn, and starred in the fourth season of the reality television series The Celebrity Apprentice.

Warwick marked her 50th anniversary as a recording artist in 2012 with Now, a new album of Bacharach and David material -- combining vintage and fresh compositions -- produced by Phil Ramone. She returned to the past in 2014 for Feels So Good; a sequel of sorts to My Friends Me (with some of the same material), it added the likes of Billy Ray Cyrus, Ziggy Marley, and Ne-Yo to her list of duet partners. In 2019, she was handed a Grammy Lifetime Achievement Award and returned with two studio albums. The first one was She's Back. Produced by Damon Elliott and Teddy Harmon, She's Back marked her long-awaited return to soul, and featured duets with Brian McKnight and Musiq Soulchild, updates of "What the World Needs Now" and "Déjà Vu" (the latter featuring Krayzie Bone) and covers of Terry Callier's "What Color Is Love" and the Doobie Brothers' "What a Fool Believes." A few months later, Warwick offered the descriptively titled Dionne Warwick the Voices of Christmas, produced entirely by Elliott with Johnny Mathis, Michael McDonald, and Andra Day among the duettists.

Due in significant part to activity on her social media accounts, Warwick's public profile remained high into the 2020s. She competed on the seventh season of the reality television singing contest The Masked Singer (as the Mouse). In 2021, she was the subject of the feature-length documentary Dionne Warwick: Don't Make Me Over, became a Rock and Roll Hall of Fame nominee, and teamed with Chance the Rapper for the single "Nothing's Impossible." The next year, she issued "Power in the Name" (joined again by Krayzie Bone). ~ William Ruhlmann & Andy Kellman, Rovi 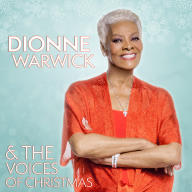 Dionne Warwick & The Voices of Christmas
2019

Drop the Needle on the Hits: The Best of Dionne Warwick [B&N Exclusive]
2019 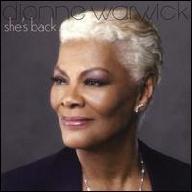 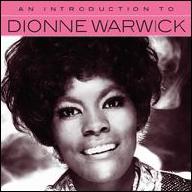 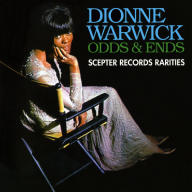 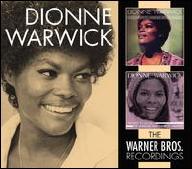 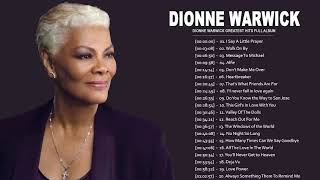 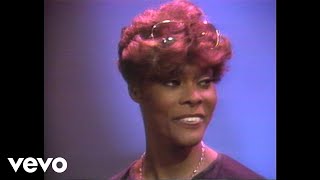 Dionne Warwick - That's What Friends Are For 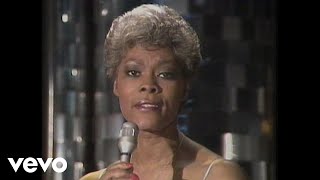 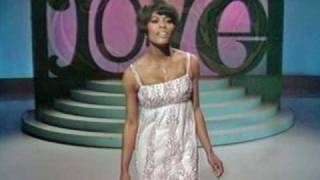 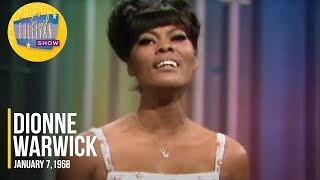 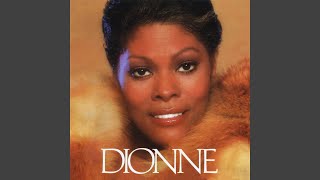 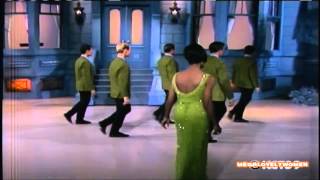