Close
Rick Allen
from Sheffield, England
November 1, 1963 (age 58)
Biography
Few other musicians in the history of rock have had to overcome such a severe, career-threatening injury as Def Leppard drummer Rick Allen had to in 1984, when his arm was amputated due to a near-fatal car crash. Born Richard John Cyril Allen on November 1, 1963, in Sheffield, England, Allen took up the drums at the age of 10. By the age of 12, he was accomplished enough to play in local groups, and he soon began emulating such drummers as Led Zeppelin's John Bonham, Thin Lizzy's Brian Downey, and Queen's Roger Taylor. Shortly after turning 15, Allen spotted an ad in a local newspaper for a group that was looking for a drummer. The group turned out to be Def Leppard, and despite all of its members being several years older than Allen, he got the gig anyway. Since he was still underage, the group would often have to lie about his age to get him into the clubs they were playing, and when they inked contracts, Allen's father had to sign for him.

For Def Leppard's first two releases, 1980's On Through the Night and 1981's High N' Dry, the group was a straightforward heavy metal outfit, considered to be one of the leaders of the New Wave of British Heavy Metal movement. But on 1983's Pyromania, Leppard's sound took on a more mainstream and anthemic tone, resulting in massive breakthrough success (the album would go on to sell nine million copies in the U.S. alone). With the group's future looking bright, Leppard took a much needed break from the road in 1984, and concentrated on working on their highly anticipated follow-up to Pyromania. But tragedy was lurking around the corner for the then 21-year-old, when he was involved in a serious car accident on New Year's Eve of 1984. Driving just outside his hometown of Sheffield, another car drove Allen's off the road, resulting in his car crashing into a field and Allen being thrown from his vehicle. His left arm had been completely severed at the point of his shoulder, and although doctors originally believed they could re-attach it, they discovered an infection had set in and had to amputate it.

Admirably, the group stood behind their fallen bandmate, as Allen constructed an electronic drum set, which he could trigger with his feet. After countless delays, Leppard finally reappeared in 1987 with their fourth album overall, Hysteria, which, amazingly, sold even better than Pyromania, eventually selling over 12 million copies in the U.S. Allen and Leppard continued to issue albums throughout the '90s and beyond (and overcame yet another tragedy, when founding guitarist Steve Clark died in early 1991), including such titles as 1992's Adrenalize, 1993's Retro Active, 1996's Slang, 1999's Euphoria, and 2002's X. Over time, Allen was able to incorporate more acoustic drums into his set-up, creating a balance between traditional drums with electronic ones. Allen received some unwanted publicity in 1995 for allegedly fighting with his then-wife at Los Angeles International Airport, during which time Leppard's record sales slipped considerably. But the group managed to retain a sizeable following, as many continued to acknowledge Pyromania and Hysteria as among the finest '80s rock records. Allen and Def Leppard's story was retold in the late '90s and early 21st century, when the VH1 TV channel aired a Def Leppard edition of their #Behind the Music series, as well as creating a made-for-TV movie, #Hysteria: The Def Leppard Story. ~ Greg Prato, Rovi 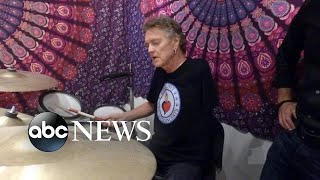 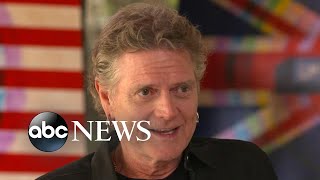 Drummer Rick Allen, who lost his left arm in an accident, turns to painting | Nightline 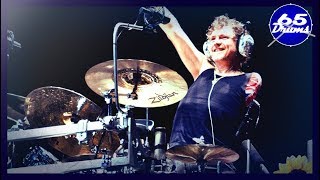 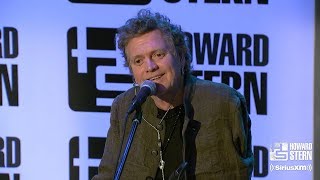 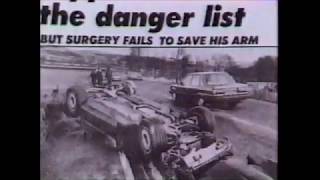 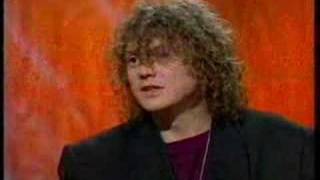