Close
Steve Clark
from Hillsborough, South Yorks, England
April 23, 1960 - January 8, 1991 (age 30)
Biography
During their long and winding career, British pop-metallists Def Leppard witnessed countless highs and lows, but one of the group's most devastating tragedies would have to be the death of original guitarist Steve Clark. Born on April 23, 1960, in Sheffield, England, Clark first learned to play classical guitar as a youngster before shifting his attention to electric guitar and learning from such '70s hard rock masters as David Bowie, Led Zeppelin, and Thin Lizzy. Clark was invited by his friend Pete Willis to try out for Leppard in 1978, who promptly landed the gig by playing a perfect note-for-note rendition of Lynyrd Skynyrd's jam classic Free Bird. He joined a lineup that consisted of singer Joe Elliot, bassist Rick Savage, Willis (who also played guitar), and a procession of drummers, before finding their permanent skinsman in Rick Allen.

Beginning early in his career, Clark exclusively played Gibson Les Pauls (obviously patterned after the same brand/style of guitar championed by the likes of Led Zep's Jimmy Page, Bowie's Mick Ronson, and Lizzy's Scott Gorham) and as evidenced on such early Def Leppard compositions as Wasted and High N' Dry (Saturday Night), Clark had a knack for penning memorable riffs. Leppard quickly built a following around their hometown before issuing an independent EP on their own, soon after signing with the Mercury label. The group's sound seemed better suited for American radio and Leppard showed early on their talent for merging anthemic choruses together with melodic rock (as well as effortlessly crafting sweeping power ballads) à la such U.S. chart-toppers/arena headliners Foreigner, Van Halen, and Journey. It wouldn't be long before Clark and his bandmates soon joined the aforementioned groups as one of the most popular rock bands in the U.S., as 1980's On Through the Night and 1981's High 'n' Dry set the stage for Leppard's big commercial breakthrough, 1983's Pyromania (during which time Willis was replaced by newcomer Phil Collen).

Not only was the album one of the year's biggest hits, it's since gone on to become one of rock's all-time classic releases. But following up the huge smash proved to be difficult for the group and Clark's drinking and substance abuse problems began to get out of control. Add to it a horrible car accident that Allen suffered during the recording sessions (which led to his left arm being amputated) and it appeared as though Leppard was kaput. But they were able to put their problems behind them and issued a just-as-wildly successful follow-up in 1987, Hysteria. While one would assume that such massive success would prove quite fulfilling, it proved not to be the case for Clark; his confidence dwindled and his alcohol and drug abuse worsened, resulting in his bandmates convincing their friend to enter a rehab facility. But despite Clark's best efforts to straighten his life out, the guitarist was found dead in his London apartment on January 8, 1991, at the age of 30. Def Leppard opted to carry on with former Dio/Whitesnake guitarist Vivian Campbell, issuing the oft-delayed Adrenalize in 1992, which featured a tribute to their fallen comrade, White Lightning. Clark's tragic story was re-told two separate times by the U.S. television network VH1 years later with a Def Leppard episode of the station's popular #Behind the Music series, as well as a made-for-TV movie that focused on the group's checkered career, #Hysteria: The Def Leppard Story. ~ Greg Prato, Rovi 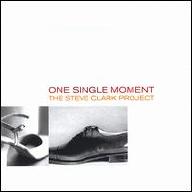 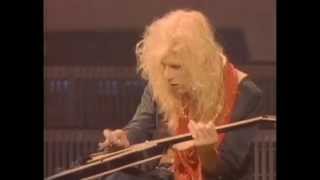 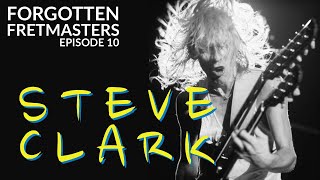 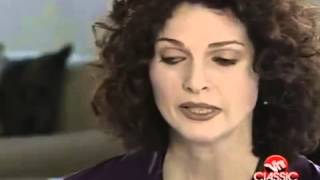 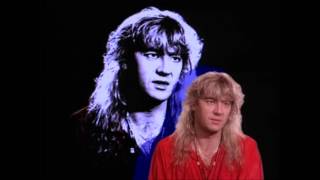 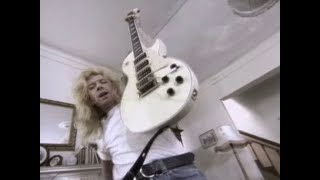 steve clark and his guitar moves 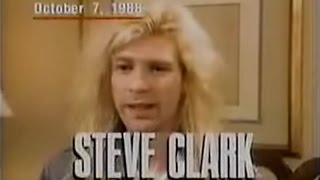 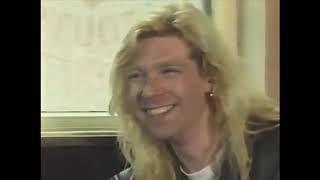