Close
Pistol Annies
from Nashville, TN
formed January 1, 2011 (age 11)
Biography
Nashville singer/songwriter trio Pistol Annies emerged in the front half of the 2010s, quickly defining themselves as modern-day outlaws and rising to the top of the charts on their own terms with a pair of critically acclaimed albums. At the time of their debut, Miranda Lambert was a bona fide star while her two bandmates, Ashley Monroe and Angaleena Presley, were better known behind the scenes as industry songwriters. With little outside promotion and no hit single, 2011's Hell on Heels entered the country chart number one, going gold and elevating the profiles of all three women to that of creative equals, each one bringing a distinctive voice to the band. Despite releasing no new material in the middle part of the decade, the three singer/songwriters continued to collaborate with one another on their individual solo efforts before resuming Pistol Annies work on 2018's Grammy-nominated Interstate Gospel. Their first outing of the next decade was the 2021 Christmas album, Hell of a Holiday.

Miranda Lambert first crossed paths with Ashley Monroe when she was writing songs for her third album, 2009's Revolution. Monroe landed two credits -- "Me and Your Cigarettes" and "Heart Like Mine" -- on Revolution, establishing a partnership with Lambert. Monroe's publisher introduced her to Angaleena Presley, a songwriter from Kentucky who had a contract with the same house. Presley collaborated with Lambert on "Fastest Girl in Town," a cut on the star's 2011 album Four the Record -- Monroe landed "Better in the Long Run" on the same LP -- but before that album arrived in November, the trio revealed that they had formed a band called Pistol Annies.

Making their debut on a Girls' Night Out: Superstar Women of Country television special from the Academy of Country Music in April 2011, Pistol Annies released their first single, "Hell on Heels," the next month, with the full-length album Hell on Heels appearing in August. Debuting at the top of Billboard's Country Albums chart, the record also peaked at five on the Top 200 on its way to a gold certification. During the next two years, the group appeared as support on recordings by the Chieftains, Jewel, and Lambert's then-husband, Blake Shelton. The group also contributed "Run Daddy Run" to The Hunger Games: Songs from District 12 and Beyond, a tie-in to the blockbuster film. The band's success also secured Ashley Monroe a deal with Warner Nashville, which released Like a Rose in March 2013.

Two months after Like a Rose, Pistol Annies returned with their second album, Annie Up. Debuting at two on the Billboard Country Albums chart, it also saw its lead single, "Hush Hush," reach 43 on the Country Airplay chart; it was their first single to reach a country chart. The group's supporting tour for Annie Up was cut short in June 2013 and the band entered an unofficial hiatus. Presley signed a deal with Slate Creek Records, releasing her debut album, American Middle Class, in 2014. That same year, Lambert released her sixth album, Platinum, which contained two credits with Monroe. In 2015, Monroe released The Blade, which featured a Lambert credit on its closing "I'm Good at Leaving." Lambert's 2016 double album, The Weight of These Wings, featured two songs co-written with Monroe.

All three Pistol Annies collaborated on "Dreams Don't Come True," the first song on Presley's second album, 2017's Wrangled. It was the first sign of an Annies reunion that slowly came into focus over the next year. The group contributed a version of "Tulsa Time" to the 2017 Don Williams tribute Gentle Giants: The Songs of Don Williams, then Presley co-wrote a song on Monroe's fourth album, Sparrow, which appeared in April 2018. That November, the trio returned with Interstate Gospel, which in 2020 earned the group a nomination (their very first) for Best Country Album at the 62nd Grammy Awards. Over the next couple of years, the three bandmembers focused on their own individual projects before resuming work as the Pistol Annies with the 2021 Christmas album Hell of a Holiday. ~ Stephen Thomas Erlewine, Rovi 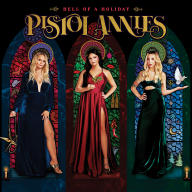 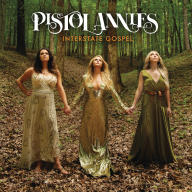 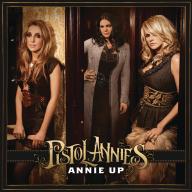 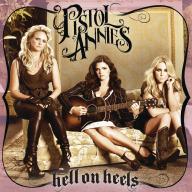 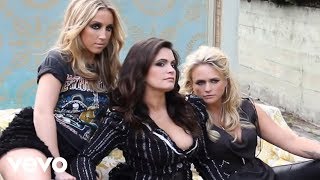 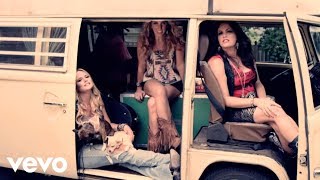 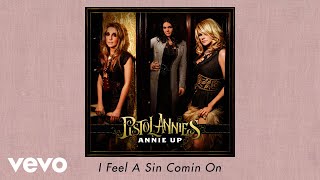 Pistol Annies - I Feel A Sin Comin' On (Official Audio) 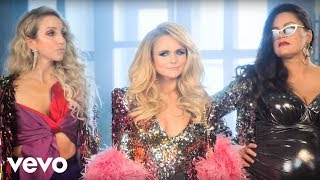 Pistol Annies - Got My Name Changed Back (Official Video) 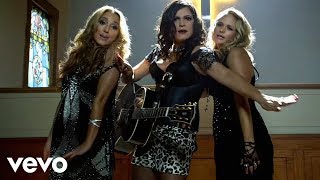 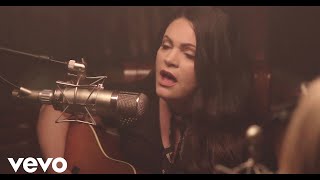 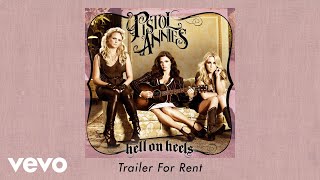