Close
The Clark Sisters
from Detroit, MI
formed January 1, 1966 (age 56)
Biography
Detroit's Clark Sisters are the most successful female group in gospel music history. Assembled by their mother, Dr. Mattie Moss Clark, their influence is so pervasive that they're credited with creating the contemporary gospel genre. During the 1980s and '90s, their original songs, such as "You Brought the Sunshine" and "Is My Living in Vain," crossed over to the R&B and pop charts. Each sister possesses a distinct style that contributes to "the Clark sound" that weaves together high and fast melismas, soulful growls, and athletic trills and vamps. There is no single lead singer in the group. Elbertina Twinkie Clark, wrote and arranged most of their hit songs, including "You Brought the Sunshine," "Is My Living in Vain," "Expect Your Miracle (Looking for a Miracle)," and "My Mind Is Made Up." Her vocal range seamlessly slides from bass to soprano; she is also a virtuoso organist. Dorinda Clark-Cole is the "jazzy" sister, she scats, riffs, and runs, and is a fiery preacher. Karen Clark-Sheard is a vocal acrobat whose high soprano has influenced singers such as Mariah Carey and Faith Evans. Jacky Clark-Chisholm is the group's "bridge," with her diverse range and unique phrasing balancing the group's strengths. The Sisters broke through with the 1980 live album Is My Living in Vain and the 1981 studio date You Brought the Sunshine after releasing a handful of recordings during the '70s. From 1980 through 1989's Bringing It Back Home, they issued six straight gospel Top 20 albums and a dozen singles. After a 17-year break, 2007's Live...One Last Time peaked at number two on the Top 200. The Clark Sisters reunited again in 2018 to perform "Is My Living in Vain?" at friend and mentor Aretha Franklin's funeral.

The Clark Sisters were born in Detroit, Michigan to world-renowned gospel choir director, gold-certified singer, and musician Dr. Mattie Moss Clark. Her first marriage, to Leo H. Cullum, Sr., produced two children, Leo, Jr. and Jacqueline (Jacky). After the couple's divorce, she met and married Pastor Elbert Clark in 1952. The marriage produced four daughters: Denise, Elbernita (Twinkie), Dorinda, and Karen. Given Dr. Clark's success and drive, she began teaching the girls to sing almost before they could talk. Her goal was to raise a powerful group of female evangelists who would win souls for God with their voices. By 1966 they were performing behind Dr. Clark at church services, usually singing her songs. After divorcing Pastor Elbert in 1973, she focused on her daughters' groups and recorded and released their debut album, Jesus Has a Lot to Give, on her brother Bill Moss' independent label Billesse Records. The record sold at church, revivals, and festivals, but garnered only slight notice. Their second offering, 1974's Dr. Mattie Moss Clark Presents the Clark Sisters, captured the attention of the entire gospel industry in the Motor City, largely due, at least initially, to Dr. Clark's own wide-ranging reputation. She took the show on the road to regional churches and the album's popularity at Detroit gospel music stations resulted in securing a contract with Sound of Gospel Records, founded in 1969 as a sacred music imprint of Armen Boladian's Westbound label. Between 1974-1979 they cut four increasingly successful albums for the label including Unworthy, Count It All Joy (after which Dr. Clark turned over the creative running of the group to Twinkie), and He Gave Me Nothing.

The Clark Sisters' first chart and crossover success occurred in 1980 with the release of Is My Living in Vain, a live album billed to "the Dynamic Clark Sisters with Mattie Moss Clark." The set spent a year at the top of the Gospel charts. The song "Ha-Ya (Eternal Life)," showcased Twinkie's canny production and arranging styles as well as her funky organ and synth work. She also mixed the record. The group lived on the road, playing church concerts and gospel music festivals across the Midwest and the American South.

Though 1981's You Brought the Sunshine only peaked at number nine on the gospel charts, its influence registered far beyond genre boundaries. Its title cut single was modeled on Stevie Wonder's "Master Blaster (Jammin')," and crossed over to soul and R&B stations as well as discos and clubs; Studio 54 DJs listed it as a nightly entry given its popularity with crowds. The set was picked up for distribution by both Westbound Records and Elektra Records. In 1983, its title cut placed not only as a number one at gospel, but also on three secular music charts: Black Singles (number 16), Club Play (number 27), and Hot R&B (number 80). Subsequently, it was covered by Al Green, Xscape, and Coco and netted the Clark Sisters their first gold record. Though 1982's Sincerely included the chart hits "Name It, Claim It" and the socio-political "World," it was overshadowed by the success of their previous outing. Nonetheless, the album earned a Grammy nomination. Their touring success was even greater; they had graduated from playing church stages to civic auditoriums and concert halls across the nation.

Early in 1986, Denise Clark left group and began her own ministry in California. She did contribute to that year's Heart Soul album, released after a four-year gap. The album was their first outing for Word Records' subsidiary Rejoice Records. Also nominated for a Grammy, the Top Five set featured the crossover single "Time Out" and garnered the group a coveted Dove Award. It also featured the original versions of the Clark Sisters' catalog classics such as "Jesus Is a Love Song," "Pray for the USA," and "There Is a Balm in Gilead." Twinkie Clark's composed music offered a thoroughly contemporary mix with programmed drums and synthesizers. After intense touring, the four remaining Clark Sisters rushed back into the studio to release Conqueror, a slick, funky meld of adult contemporary R&B and urban gospel. It topped the gospel charts and netted a handful of singles including "The Darkest Hour is Just Before the Day," "Take Me Higher," "For the Love of the People," and "Computers Rule the World." 1989's live Bringing It Back Home, was recorded in Detroit, and the group's final outing for Rejoice Records as well as their final offering as the Clark Sisters before Twinkie began a solo career. The album offered new and catalog hits and featured guest spots from Rance Allen and the Michigan State Choir directed by Dr. Clark.

The '90s kicked off with the Clark Sisters issuing Miracle for Sparrow as a trio of Jacky, Karen, and Dorinda. Twinkie was on her own living in Memphis, recording, touring, and working as an organist with Dr. Clark. The album featured production by BeBe Winans and Michael J. Powell, and offered Dorinda's songwriting debut on "Work to Do." It sold reasonably well, but the Clark Sisters were unable to tour owing to the illness of Dr. Clark, who had suffered from diabetes for years. Given the loss of their mother and the departure of Twinkie, the remaining Clark Sisters essentially split in 1995 to pursue solo careers. The following year, Twinkie (who had released a pair of acclaimed solo outings while in the Clark Sisters during the '80s and '90s) issued the solo album The Masterpiece for Ben Tankard's Tribute Records and followed it immediately after with the concert outing Twinkie Clark-Terrell Presents the Florida AM University Gospel Choir. In 1997, Karen, now Karen Clark-Sheard, issued her debut solo offering Finally Karen. The Grammy-nominated set offered guest spots by Faith Evans, Sheard's sisters, and her daughter, future gospel star Kierra Sheard. The album's popularity also netted her a Soul Train Lady of Soul award. Dorinda (now Dorinda Clark-Cole) issued her self-titled solo debut in 2002 and its popularity netted her a pair of Stellar Awards and a Soul Train Lady of Soul award. Though the eldest, Jacky was the last of her sisters to issue a solo outing. 2005's Expectancy featured the Clark Sisters on the single "Blessing Me." (In the 2010s she began releasing urban soul, funk, and pop singles.)

The four Clark Sisters officially reunited in Houston, Texas for a concert in 2006. Under the direction of Donald Lawrence, the recording was titled Live …One Last Time and released in 2007 on EMI Gospel. Packaged as an audio disc and concert DVD, it netted the Clark Sisters the top spot on the Gospel Albums chart as well as three Grammy Awards for Best Traditional Gospel Album, Best Gospel Performance (for the song "Blessed and Highly Favored") and Karen, its songwriter, the individual award for Best Gospel Song. The group also performed at the 50th Annual Grammy Awards. The following year Rhino released Encore: The Best of the Clark Sisters, compiled from their three Word albums. In December TV One aired a Clark Sisters' episode in their popular documentary series Unsung. It focused on musical and technical innovations as well as the group's ability to break down barriers of genre, style, and culture in gospel music. The Clark Sisters resumed recording in the studio with The Clark Sisters' Family Christmas, released in 2009. It was produced by J. Drew Sheard II (Karen's son) and included guest appearances from Kierra Sheard and cousins Bill Moss, Jr. and J. Moss (James Moss).

In 2018, the Lifetime Network in association with executive producers Queen Latifah, Mary J. Blige, and Faith Evans, began to produce a biopic on the Clark Sisters and their mother. The film was written by Camille Tucker and Sylvia L. Jones, and directed by Christine Swanson. It starred Aunjanue Ellis as Dr. Mattie Moss Clark, Angela Birchett as Jacky Clark-Chisholm, Raven Goodwin as Denise Clark-Bradford, Christina Bell as Twinkie Clark, Sheléa Frazier as Dorinda Clark-Cole, and Kierra Sheard as her own mother, Karen Clark-Sheard. The film, titled The Clark Sisters: First Ladies of Gospel, aired in April of 2020, during the COVID-19 quarantine. Its first run was seen by nearly three million people on a Saturday night. It was Lifetime's highest-rated movie since 2016. The film's soundtrack, titled The Return was performed by the Clark Sisters. It was released in March and peaked at number two on both the Top 200 and Top Gospel Albums charts. ~ Thom Jurek, Rovi 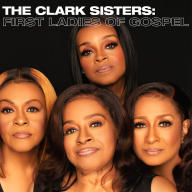 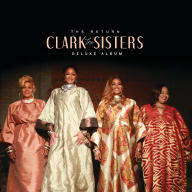 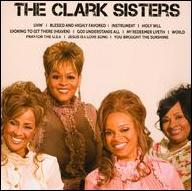 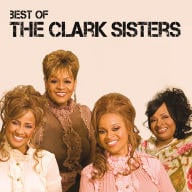 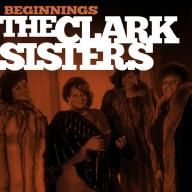 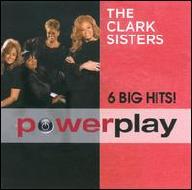 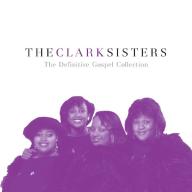 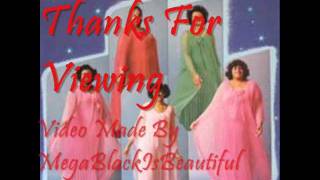 The Clark Sisters-You Brought The Sunshine 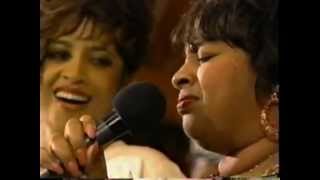 The Clark Sisters"Jesus Is A Love Song!" 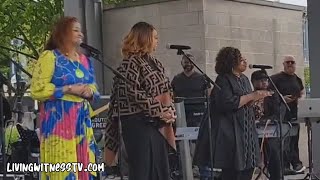 The Clark Sisters - "You Brought The Sunshine" (Cincinnati, Ohio) 2022 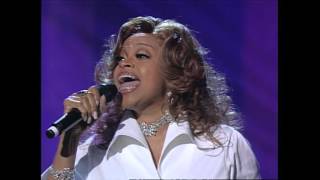 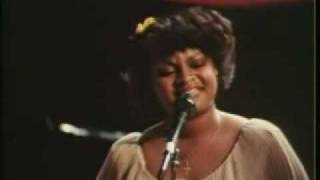 The Clark Sisters-- Is My Living In Vain 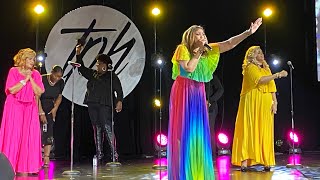 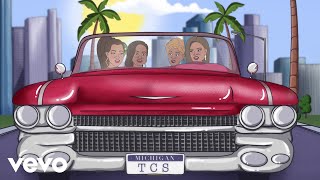