Close
Eddy Arnold
from Henderson, TN
May 15, 1918 - May 8, 2008 (age 89)
Biography
Eddy Arnold moved hillbilly music to the city, creating a sleek sound that relied on his smooth voice and occasionally lush orchestrations. In the process, he became the most popular country performer of the 20th century, spending more weeks at the top of the charts than any other artist. Arnold not only had 28 number one singles, he had more charting singles than any other artist. More than any other country performer of the postwar era, he was responsible for bringing the music to the masses, to people who wouldn't normally listen to country music. Arnold was initially influenced by cowboy singers like Gene Autry, but as his career progressed, he shaped his phrasing in the style of Pete Cassell. Nevertheless, he was more of a crooner than a hillbilly singer, which is a large reason why he was embraced by the entertainment industry at large and frequently crossed over to the pop charts. Arnold's career ran strong into the '90s. Although his records didn't dominate the charts like they did during the '40s and '50s, he continued to fill concert halls, and reissues of his older recordings sold well.

Raised on a farm in Tennessee, Arnold was given a guitar at the age of ten by his mother. His father, who had played fiddle and bass, died the following year. Arnold left school so he could help out on the farm. However, he began playing dances whenever he had a chance. Several years later, he made his first radio appearance on a station in Jackson. Arnold then moved to St. Louis, where he played in nightclubs with fiddler Speedy McNatt. In St. Louis, Arnold landed a regular spot on WMPS Memphis, spending six years at the radio station. Through the show, the singer earned a dedicated following of fans.

During World War II, Eddy Arnold became part of R.J. Reynolds' Camel Caravan, which featured Redd Stewart, Pee Wee King's Golden West Cowboys, Minnie Pearl, and San Antonio Rose. The troupe performed for U.S. troops throughout America as well as some selected dates in Panama. After the Camel Caravan, Arnold became the featured singer in the Golden West Cowboys while they performed on the Grand Ole Opry. At first, he appeared under the name the Tennessee Plowboy, a nickname that followed him throughout his career.

Arnold recorded his first single, Mommy Please Stay Home With Me, in 1944 for RCA Victor. At RCA, the singer received the guidance of the label's A&R head, Steve Sholes, which proved to be invaluable help for his career.

Eddy Arnold pursued a solo career in 1945, the same year he got married to Sally Gayhart. Each Minute Seems a Million Years, released on RCA's Bluebird division that same year, became his first charting record, peaking in the Top Five. Arnold's career really took off the following year, when That's How Much I Love You peaked in the Top Three, staying there for 16 weeks and selling over 650,000 copies; its flip side, Chained to a Memory, also climbed into the Top Three. Arnold followed the single's success with two number one hits in 1947, What Is Life Without Love and It's a Sin. However, that didn't compare to the success of his next record, I'll Hold You in My Heart (Till I Can Hold You in My Arms). The single spent 46 weeks on the charts, with 21 of those weeks spent at the top; it also crossed over to the pop charts, reaching the Top 30. In the process, it became the number one single of the decade.

I'll Hold You in My Heart confirmed that Arnold had become a country superstar, as did the performance of his 1948 singles. All nine of them went into the Top Five, and five of them went to number one, including Anytime, What a Fool I Was, Texarkana Baby, Just a Little Lovin' (Will Go a Long, Long Way), My Daddy Is Only a Picture, and Bouquet of Roses, which stayed at the top for 19 weeks. In total, Arnold racked up over 40 weeks on top of the charts during 1948, becoming the number one country star in America. He headlined all the radio shows and concerts he appeared on, and he was in demand throughout the nation. By the end of the year, Colonel Tom Parker had become his manager; Parker would later become Elvis Presley's manager. Throughout 1949, he continued to dominate the charts, releasing a succession of Top Ten singles, including the number one Don't Rob Another Man's Castle, One Kiss Too Many, I'm Throwing Rice (At the Girl I Love), and Take Me in Your Arms and Hold Me.

Eddy Arnold became a familiar face not only to country fans but also to the general public in the early '50s. He toured all of the U.S. as well as several foreign countries. All of the major television shows of the era, including #The Perry Como Show and #Arthur Godfrey's Talent Scouts, featured the singer. Indeed, he became so popular that he was the first country star to have his own television show, #Eddy Arnold Time. The show originally aired on NBC, but it later moved to ABC. Through all of this, his string of Top Ten hits remained unbroken, even though he didn't have another crossover pop hit until 1954. Nevertheless, the sheer amount of country hits was overwhelming: In 1950 he had seven, and he had 13 in 1951 (including the number ones There's Been a Change in Me, Kentucky Waltz, I Wanna Play House With You, Easy on the Eyes, and A Full Time Job). The hits, including Eddy's Song (composed of the titles of previous hits), How's the World Treating You?, I Really Don't Want to Know, My Everything, The Cattle Call, That Do Make It Nice, Just Call Me Lonesome, and The Richest Man (In the World), continued to come in force until 1956.

Between 1956 and 1964, Arnold continued to chart, but he wasn't reaching the Top Ten at the same frequency of the previous decade. During this time, his style was beginning to change, as he was shedding his rootsy style for a slicker, polished sound that was more appropriate for urban settings than rural territories. Arnold became a crooner, complete with subdued instrumental backings, highlighted by gentle steel guitars and the occasional orchestra. The change in musical direction was a major commercial success, sparking a new era of chart dominance that began in 1965 with What's He Doing in My World. Not only did he return to the top of the country charts, he once again crossed over to the pop charts. Arnold's second streak of major hits ran until 1969. During this time, he earned several number one and Top Ten singles, all of which were pop hits as well, including Make the World Go Away, I Want to Go With You, The Last Word in Lonesome, Somebody Like Me, Lonely Again, Turn the World Around, Then You Can Tell Me Goodbye, They Don't Make Love Like They Used To, and Please Don't Go.

In the early '70s, Arnold continued to appear on the country charts, although his pop hits dried up. The singer signed with MGM in 1972, ending 27 straight years at RCA. Arnold spent only four years at MGM, landing only one major hit, 1974's I Wish That I Had Loved You Better. Returning to RCA in 1976, he closed out the decade with two hits -- Cowboy (1976) and If Everyone Had Someone Like You (1978). Arnold managed to put two songs into the Top Ten in 1980 (Let's Get It While the Gettin's Good, That's What I Get for Loving You), making him one of the few artists who charted in five different decades. He continued to record in the '90s, although without charting a hit single. Nevertheless, his concert and television appearances remained popular.

Beginning in the '60s, Eddy Arnold was bestowed with a numerous amount of awards. In 1966, he was inducted into the Country Music Hall of Fame. The following year, he was the first Entertainer of the Year named by the CMA. The ACM gave him the Pioneer Award in 1984; three years later, the Songwriters Guild gave him its President's Award. Perhaps the truest gauge of his success is his record sales. Over the course of his career, he has sold over 85 million records, making him one of the most successful artists of the 20th century. His 100th album, After All These Years, was released in 2005 by RCA Records. ~ Stephen Thomas Erlewine, Rovi 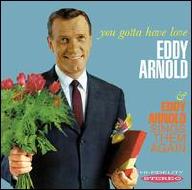 You Gotta Have Love / Eddy Arnold Sings Them Again
2019 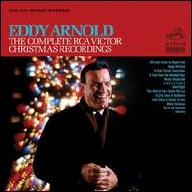 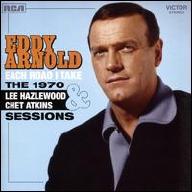 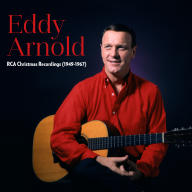 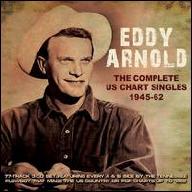 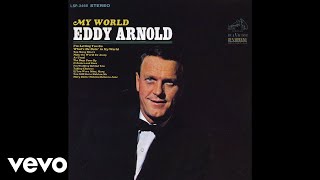 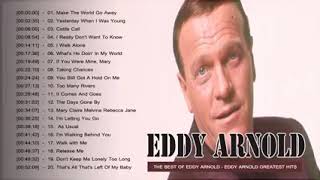 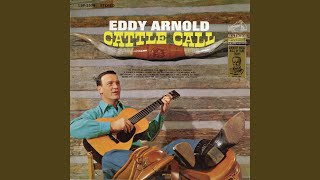 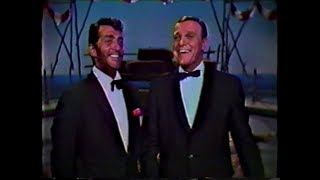 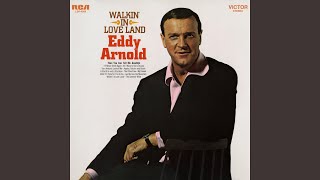 Then You Can Tell Me Goodbye 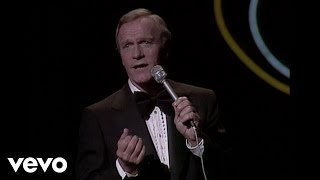 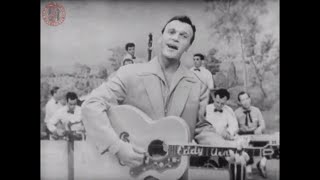