Close
Sinéad O'Connor
from Glenageary, County Dublin, Ireland
December 8, 1966 (age 55)
Biography
Sinéad O'Connor ranked among the most distinctive and controversial pop music stars of the alternative era, the first and in many ways, the most influential of the numerous female performers whose music dominated airwaves throughout the last decade of the 20th century. Brash and outspoken -- her shaved head, angry visage, and shapeless wardrobe a direct challenge to popular culture's long-prevailing notions of femininity and sexuality -- O'Connor irrevocably altered the image of women in rock. Railing against long-standing stereotypes simply by asserting herself not as a sex object but as a serious artist, she kick-started a revolt that led the way for performers ranging from Liz Phair to Courtney Love to Alanis Morissette.

O'Connor was born in Dublin, Ireland, on December 8, 1966. Her childhood was often traumatic: her parents divorced when she was eight, and she later claimed that her mother, who was killed in a 1985 automobile accident, frequently abused her. After being expelled from Catholic school, O'Connor was arrested for shoplifting and was shuttled off to a reformatory; at the age of 15, while singing a cover of Barbra Streisand's "Evergreen" at a wedding, she was spotted by Paul Byrne, the drummer for the Irish band In Tua Nua (best known as protégés of U2). After co-writing the first In Tua Nua single, "Take My Hand," O'Connor left boarding school in order to focus on a career in music, and began performing in area coffeehouses. She later studied voice and piano at the Dublin College of Music, and supported herself delivering singing telegrams.

Upon signing a contract with Ensign Records in 1985, O'Connor relocated to London; the following year, she made her recorded debut on the soundtrack to the film Captive, appearing with U2 guitarist the Edge. After scrapping the initial tapes for her debut LP on the grounds that the production was too Celtic, she took the producer's seat herself and began re-recording the album, dubbed The Lion and the Cobra in reference to Psalm 91. The result was one of the most acclaimed debut records of 1987, with a pair of alternative radio hits in the singles "Mandinka" and "Troy." Almost from the outset of her career, however, O'Connor was a controversial media figure. In interviews following the LP's release, she defended the actions of the IRA, resulting in widespread criticism from many corners, and even burned bridges by attacking longtime supporters U2, whose music she declared "bombastic."

Nonetheless, O'Connor remained a cult figure prior to the release of 1990's chart-topping I Do Not Want What I Haven't Got, a harrowing masterpiece sparked by the recent dissolution of her marriage to drummer John Reynolds. Boosted by the single and video "Nothing Compares 2 U," originally penned by Prince, the album established her as a major star, but again controversy followed as tabloids took aim at her romance with Black singer Hugh Harris while continuing to attack her outspoken politics. On American shores, O'Connor also became the target of derision for refusing to perform in New Jersey if "The Star Spangled Banner" was played prior to her appearance, a move that brought public criticism from no less than Frank Sinatra, who threatened to "kick her ass." She also made headlines for pulling out of an appearance on the NBC program Saturday Night Live in response to the misogynist persona of guest host Andrew Dice Clay, and even withdrew her name from competition in the annual Grammy Awards despite four nominations.

O'Connor also continued to confound expectations with her third album, 1992's Am I Not Your Girl?, a collection of pop standards and torch songs that failed to live up to either the commercial or critical success of I Do Not Want What I Haven't Got. However, any discussion of the record's creative merits quickly became moot in the wake of her most controversial and damaging action yet: after finally appearing on Saturday Night Live, O'Connor ended her performance by ripping up a photo of Pope John Paul II, resulting in a wave of condemnation unlike any she'd previously encountered. Two weeks after the SNL performance, she appeared at a Bob Dylan tribute concert at New York's Madison Square Garden, and was promptly booed off the stage.

By then a virtual pariah, O'Connor's retirement from the music business was subsequently reported, although it was later claimed that she had merely returned to Dublin with the intent of studying opera. She kept a low profile for the next several years, starring as Ophelia in a theatrical production of Hamlet and later touring with Peter Gabriel's WOMAD festival. She also reportedly suffered a nervous breakdown and even made a half-hearted attempt at suicide. In 1994, however, O'Connor returned to pop music with the LP Universal Mother, which, despite good reviews, failed to relaunch her to superstar status. The following year, she announced that she would no longer speak to the press. The Gospel Oak EP appeared in 1997, and in mid-2000 O'Connor issued Faith and Courage, her first full-length effort in six years. Sean-Nós Nua followed two years later, and was widely hailed for its return to the Irish folk tradition as its inspiration.

O'Connor used the press exposure from the album to further assert her pending retirement from music. In September 2003, the two-disc She Who Dwells... appeared through Vanguard. It collected rare and previously unreleased studio tracks, as well as live material culled from a late-2002 date in Dublin. The album was positioned as O'Connor's swan song, though official word was not forthcoming. Collaborations followed in 2005, a compilation of appearances on other artists' records throughout her long career. Later that year, she released Throw Down Your Arms, a collection of reggae classics from the likes of Burning Spear, Peter Tosh, and Bob Marley that managed to reach the number four spot on Billboard's Top Reggae Albums chart. O'Connor returned to the studio the following year to begin work on her first album of all-new material since Faith and Courage. The resulting Theology, inspired by the complexities of the world post-9/11, was released in 2007 through Koch Records on the artist's own imprint, That's Why There's Chocolate Vanilla.

O'Connor's ninth studio album, 2012's How About I Be Me (And You Be You)?, tackled familiar subjects like sexuality, religion, hope, and despair, all of which were topics that dominated her post-Theology personal and public life. After a relatively quiet period, O'Connor found herself once again embroiled in controversy in 2013 after a personal dispute with singer Miley Cyrus, whom O'Connor wrote an open letter to warning her of exploitation and the dangers of the music industry. Cyrus also responded with an open letter, which seemed to mock the Irish singer's documented mental health issues. O'Connor's tenth album, I'm Not Bossy, I'm the Boss appeared in August 2014. Inspired by Lean In's female empowerment campaign "Ban Bossy," the set was a rock-oriented and melodious affair as heard on the lead single "Take Me to the Church." ~ Jason Ankeny, Rovi 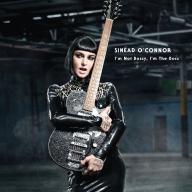 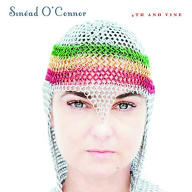 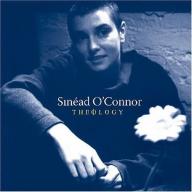 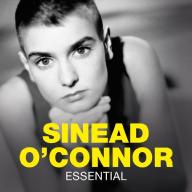 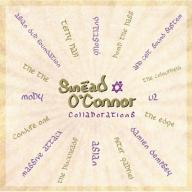 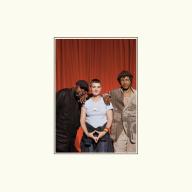 Throw Down Your Arms 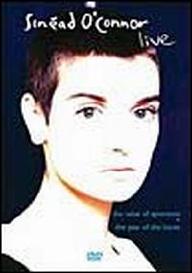 Live: The Value of Ignorance/The Year of the Horse
2004
Videos
Close

Sinéad O'Connor - Nothing Compares 2U 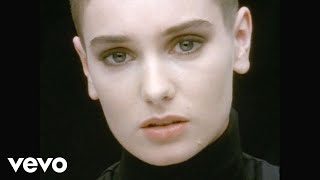 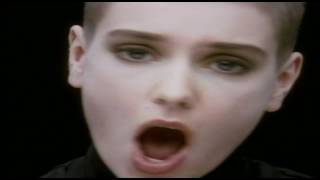 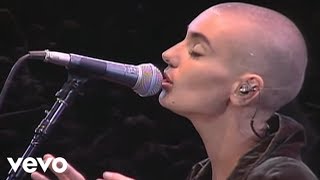 Sinead O'Connor - Nothing Compares 2 U (Live) 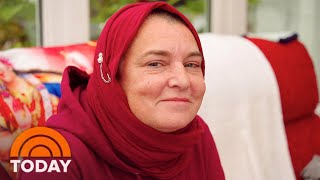 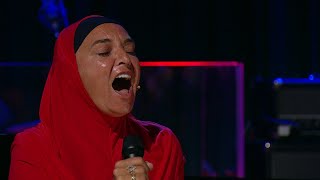 Sinead O'Connor 'Nothing Compares 2 U' | The Late Late Show | RTÉ One
Available here: