Close
Barbra Streisand
from Brooklyn, NY
April 24, 1942 (age 80)
Biography
With her highly resonant and sophisticated vocal prowess, charismatic personality, and strongly independent spirit, Barbra Streisand rose to fame as one of the most creatively and commercially successful performers of her lifetime. As a singer, Streisand's rise was remarkable not only because her popularity was achieved in the face of a dominant musical trend -- rock & roll -- which she did not follow, but also because she used her vocal skills as a stepping stone to other careers, as a stage and film actress and as a film director. From the start, she was a lauded performer, earning a Tony nomination and New York Drama Critic's prize for Best Supporting Actress for her Broadway debut in the 1962 musical comedy I Can Get It for You Wholesale. Multiple Grammy and Academy Awards followed, including winning two Grammys for her 1963 debut album The Barbra Streisand Album, a best actress Oscar for her film debut in 1968's Funny Girl, and Grammy and Oscar for her work in 1976's A Star Is Born. Her film work has had an equal cultural impact, and includes classics like the aforementioned Funny Girl, 1972's What's Up, Doc?, and 1973's The Way We Were with Robert Redford. She is also the first woman to win best director at the Golden Globes for 1984's Yentl, in which she also starred and supplied the soundtrack. Nonetheless, her singing remains dominant, with 11 number one albums, the most for any woman, including for 1964's People, 1980's Guilty with Barry Gibb, 1997's Higher Ground, and 2014's Partners. She returned to the Top 20 with 2018's Walls and has showcased rare and unreleased material from throughout her career on her Release Me and Release Me 2 collections. Among her other accolades are five Emmy Awards, a Kennedy Center Honors prize, four Peabody Awards, the Presidential Medal of Freedom, and nine Golden Globes. Away from performing, Streisand is an outspoken civil rights and environmental activist and created the Streisand Foundation.

Born in 1942 and raised in Brooklyn, New York, she struggled briefly as an actress and nightclub singer in New York during the early '60s before landing her first part in a Broadway show, I Can Get It for You Wholesale, in 1962. The cast album for that show, as well as a subsequent appearance on a studio revival of Pins and Needles, were her first recordings. Signed to Columbia Records, she released her first album, The Barbra Streisand Album, in 1963. It became a Top Ten, gold-selling record, thus paving the way for Streisand's status as one of the best-selling recording artists of the early '60s.

But despite three successful albums by early 1964, Streisand turned her back on potentially lucrative concert bookings in favor of a starring role in the Broadway show Funny Girl, in which she appeared for more than two years. The song "People" from that show became her first Top Ten single, and the People album her first chart-topping LP. She turned to television in 1965 with My Name Is Barbra, the first of five network specials. In 1967, Streisand went to Hollywood to film Funny Girl, for which she would win an Academy Award. But by 1970, with her second and third films flopping and her recording career flagging in the face of rock, she seemed consigned to Las Vegas before turning 30. Instead, she returned to hitmaking with a Top Ten cover of Laura Nyro's "Stoney End" and a successful non-singing performance in the comedy The Owl and the Pussycat.

In the '70s, Streisand successfully combined her musical and film acting interests, first in The Way We Were, a hit film with a theme song that became her first number one single, and then with A Star Is Born, which featured her second number one single, "Evergreen," a song she co-wrote. From that point on, every album she released sold at least a million copies. In the late '70s, she found recording success in collaboration: her duet with Neil Diamond, "You Don't Bring Me Flowers," hit number one, as did "No More Tears (Enough Is Enough)," a dance record sung with Donna Summer. She had her biggest-selling album in 1980 with Guilty, which was written and produced by Barry Gibb of the Bee Gees and contained the number one hit "Woman in Love." In 1983, Streisand's first directorial effort, Yentl, became a successful film with a Top Ten soundtrack album. In 1985, The Broadway Album returned her to the top of the charts. The year 1991 saw the release of Just for the Record..., a box set retrospective, and her second film as a director, The Prince of Tides. Streisand returned to the concert stage in 1994, resulting in the Top Ten, million-selling album The Concert. In 1996, she directed her third film, The Mirror Has Two Faces, and in 1999 she released A Love Like Ours.

Timeless: Live in Concert, which was recorded at her Las Vegas show on New Year's Eve 1999, was released on both CD and DVD in 2000. A year later, the new holiday album Christmas Memories arrived, followed in 2003 by a sequel to The Broadway Album entitled The Movie Album. A deluxe CD/DVD reissue of the original Guilty appeared in 2005 and was followed a month later by Guilty Pleasures, a new album that reunited Streisand with Gibb. She returned to the concert stage in 2006, a move that was documented in the 2007 Sony release Live in Concert. For her final release of the decade, Streisand turned her attention to jazz standards, and Love Is the Answer found her singing such songs as "Here's to Life" and "In the Wee Small Hours." Released in 2011, What Matters Most: Barbra Streisand Sings the Lyrics of Alan and Marilyn Bergman, featured ten Bergman tracks that the singer had never tackled, including "The Windmills of Your Mind" and "So Many Stars."

In 2012, a collection of previously unreleased material came to light, featuring tracks collated from hundreds of hours of '60s acetates and 48-track tapes by Streisand and co-producer Jay Landers. Titled Release Me, the compilation includes recordings from 1967-2011 that provide a wonderful representation of her varied career. Streisand toured heavily in support of the release. One of the biggest dates on the tour was her first-ever show on her home turf, at the Barclays Center in Brooklyn, which featured guest appearances from trumpeter Chris Botti and poperatic trio Il Volo. The show was recorded, and released in 2013 as the double live album Back to Brooklyn.

In 2014, Streisand returned with the Kenneth Babyface Edmonds-produced duets album Partners, featuring such guest artists as Michael Bublé, Andrea Bocelli, Lionel Richie, and John Mayer. Two years later, she followed up with Encore: Movie Partners Sing Broadway, which found her duetting on classic Broadway musical numbers alongside Alec Baldwin, Anne Hathaway, Hugh Jackman, and others. Both releases topped the Billboard 200. Streisand launched a concert tour in support of the Encore: Movie Partners Sing Broadway release, with the star performing 16 shows in 14 cities between August 2016 and May 2017. Streisand's December 5, 2016 performance in Miami was documented on both audio and video; an album, The Music... The Mem'ries... The Magic!, was released in December 2017, while an accompanying concert video debuted on Netflix on November 22, 2017. The following year, she issued the Grammy-nominated Walls, a politically minded, socially conscious album borne out of her concerns over the state of the world and American democracy. It hit number six in the U.K. and reached number 12 on the Billboard 200. Her second volume of rare and previously unreleased material, Release Me 2, arrived in August 2021. ~ William Ruhlmann, Rovi 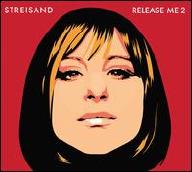 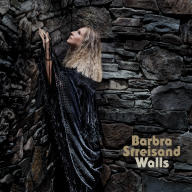 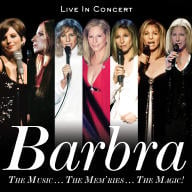 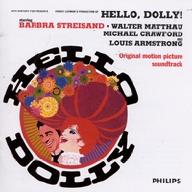 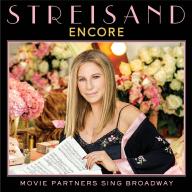 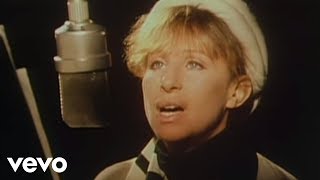 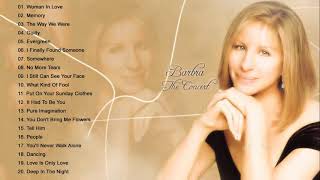 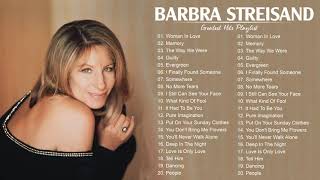 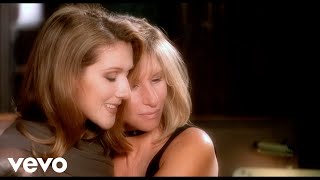 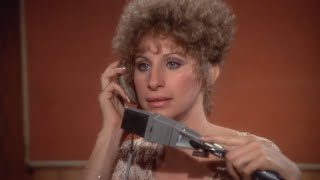 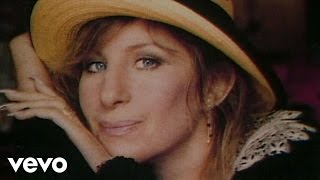 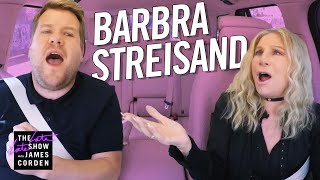