Close
Kirill Kondrashin
from Moscow, Russia
March 6, 1914 - March 7, 1981 (age 67)
Biography
Kiril Petrovich Kondrashin was internationally the best-known conductor of the Soviet Union and also the most prominent one to emigrate from that country. He was known for vigorous and solid performances of a wide repertory, particularly the Russian masters.

He was brought up with music, as his family included several orchestral musicians. He took piano lessons, and the family got him lessons in musical theory at the Musical Teknikum with Nikolai Zhilyayev, who had a strong influence on him. While still a student, he made his conducting debut in 1931 at the Children's Theater. He entered the Moscow Conservatory in 1934, where he studied conducting with Boris Khaikin. He graduated in 1936, but by then had obtained a job as assistant conductor at the Nemirovich-Danchenko Music Theater in 1934, debuting with the operetta Les cloches de Corneville by Planquette.

In 1936 he was conductor at the Maly Opera Theater in Leningrad, retaining that post until 1943. Along with other artists who were deemed important to the war effort, he was evacuated from besieged Leningrad after the German invasion of Russia. In 1943, he became a member of the conducting staff of the Moscow Bolshoi Theater, which was also in a wartime home outside the capital. He remained with the Bolshoi until 1956, making marked improvement in his interpretation that he attributed to working with the experienced conductors of the Bolshoi and to his being entrusted with several important new productions.

Meanwhile, a demand was building for him as a concert conductor. He received Stalin Prizes in 1948 and 1949. When he left the Bolshoi, it was with the intention of centering his career on the podium rather than in the pit. His fame grew greatly in 1958, when he led the orchestra in the prizewinning appearances of American pianist Van Cliburn at the Tchaikovsky International Competition. Cliburn charmed both his home country and his Russian hosts, and the resulting LP record of the Tchaikovsky First Piano Concerto, conducted by Kondrashin, was a long-time best seller. This led to his American and British debuts, making Kondrashin the first Soviet conductor to appear in the U.S.

In 1960 he was named artistic director of the Moscow Philharmonic, and as such participated in another piano concerto blockbuster recording with a U.S. piano star, the great Prokofiev Third Concerto recording for Mercury with Byron Janis, still considered by many the greatest interpretation of that brilliant work on disc. Kondrashin's performances were bright and dramatic, tending to programmatic interpretations that commentators saw as the legacy of his theater career. He was the U.S.S.R.'s finest interpreter of Mahler, leading all the symphonies with unusual restraint and with the expressive and dramatic qualities of the music seemingly enhanced by understatement.

He left the Moscow Philharmonic in 1975, turning to guest conducting. As a result of high demand outside the U.S.S.R., he decided to emigrate in 1978. He was named permanent conductor of the Amsterdam Concertgebouw in 1979, and immediately began making a notable series of recordings with them, but died in that city only two years later., Rovi 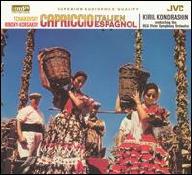 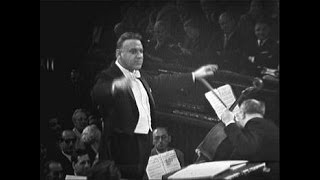 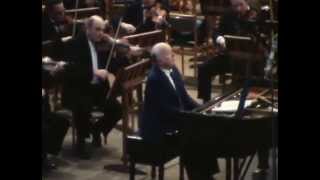 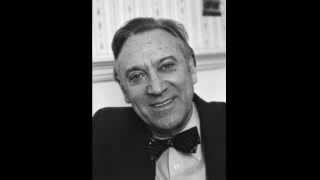 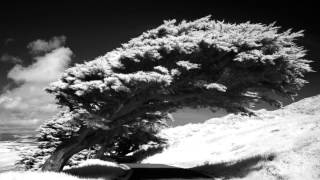 Tchaikovsky - Symphony No 6 in B minor, Op 74 - Kondrashin 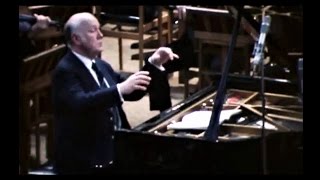