Close
Irv Gotti
from New York, NY
June 26, 1970 (age 52)
Biography
Hitmaker Irv Gotti produced a flurry of hits for such artists as Ja Rule, Ashanti, and DMX beginning in the late '90s, in the process building his Murder Inc. boutique label into a small empire. Like other contemporary superstar producers Dr. Dre and Timbaland, Gotti's name often carried more clout than that of his artists, and the major labels came to him often in search of hit productions for their own artists. When he wasn't busy in the studio, Gotti also managed to stir up controversy, whether with his then-rival 50 Cent or his alleged criminal background.

Born Irving Lorenzo in Hollis, Queens, in 1971, Gotti's career in the rap industry as a producer began in the mid-'90s when he aligned himself with Mic Geronimo, a New York MC whose debut album, The Natural (1995), featured Gotti's production (as DJ Irv, his onetime moniker). Gotti's big break came when he contributed production to Reasonable Doubt (1996), Jay-Z's debut album. The album became an overnight classic, and soon Gotti's beats were in demand. He next began working with DMX, whose debut album, It's Dark and Hell Is Hot (1998), similarly became a very influential album within the trendy rap industry. Then came Ja's debut album, Venni Vetti Vecci (1999). This album wasn't quite as successful as Jay-Z's or DMX's debuts, but it further established Gotti's hitmaking ability with unknown artists. The hits only increased with each passing year. Following Gotti's success executive-producing DMX and Ja, Def Jam -- the label responsible for both artists -- granted the producer his own boutique label, Murder Inc., which Def Jam would market and distribute.

Murder Inc.'s flagship release, Irv Gotti Presents: The Murderers (2000), didn't quite scale the charts like Gotti's work for Jay-Z or DMX had, though. Nonetheless, he continued producing hits, most notably for Ja, whose second album, Rule 3:36 (2000), racked up a number of chart-topping Gotti productions, as did his next album, Pain Is Love (2001). Thanks to Gotti's success with Ja, Def Jam gave the producer more room to establish Murder Inc. as a franchise on a par with other boutique labels such as Roc-A-Fella and Bad Boy. Gotti then delivered the superstar Def Jam had hoped for: Ashanti. Gotti and the young female vocalist collaborated on a series of chart-topping hits in early 2000s, among them Ja's "Always on Time," Fat Joe's "What's Luv?," and Ashanti's own "Foolish," all three Top Ten hits -- simultaneously.

By this point, Gotti had risen to Dr. Dre-like proportions in the rap industry. He was more than a producer; he was a hitmaker, and for a while, he made headlines regularly. He spoke to the media about his plans to work with Michael Jackson and sign Nas to Murder Inc. During the 2002 holiday season he banked on his marketable name yet again by releasing a remix album, Irv Gotti Presents: The Remixes, mainly comprising reworked tracks featuring Ashanti, Ja, and a stable of others. Then controversy struck. Throughout all of his hitmaking and headlines, Gotti had long fostered a shady persona. He initially presented himself as a self-made don, particularly when he was on the rise during the late '90s. For instance, he named his SoHo studio the Crack House. He furthermore allegedly had ties to Kenneth "Supreme" McGriff, a legendary drug dealer also from Queens. These ties were well documented in various songs, among them a particularly revealing one, "Ghetto Qua Ran," by popular rapper 50 Cent. The young, loud-mouthed fellow Queens native had a long, adversarial relationship with Gotti and the Murder Inc. camp, a storied one that involves shootings, stabbings, and orders of protection.

Amid all of this controversy, the FBI decided to investigate. They raided the Murder Inc. office on January 3, 2003, and the investigation made headlines everywhere, from MTV News ("Drugs, Friends & Allegations: Inside the Murder Inc. Raid") to The New York Times ("Inquiry into Rap Label Asks if 'Gangsta' Is More Than Genre"). More shootings followed throughout New York: the office of 50 Cent's management company, Violator, was shot up multiple times, and Gotti's brother, Chris, was subsequently shot in the leg outside of the Def Jam office. 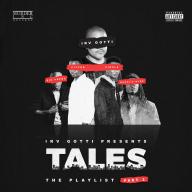 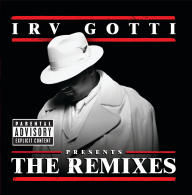 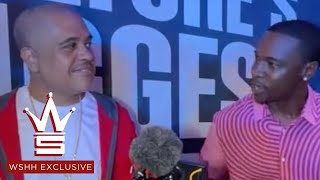 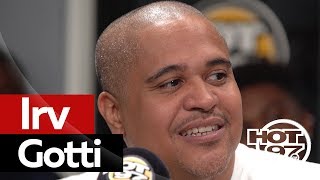 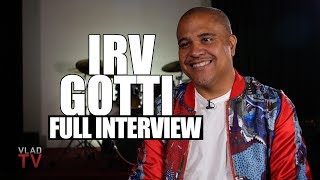 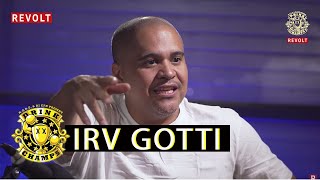 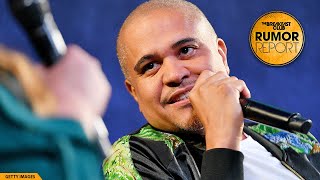 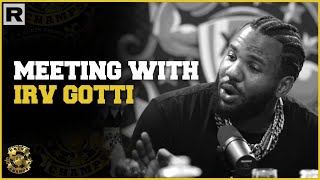 The Game On How He Met Irv Gotti & Murder Inc. 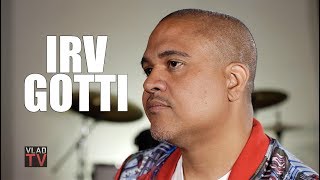