Close
Floyd Dixon
from Marshall, TX
February 8, 1929 - July 26, 2006 (age 77)
Biography
West Coast jump blues singer and pianist Floyd Dixon was a vital link in the evolution from swing to RB. The self-appointed "Mr. Magnificent," his energetic, raucous sound was a seminal influence on Ray Charles, anticipating the emergence of modern soul music by more than a decade. Born Jay Riggins, Jr., on February 8, 1929, in Marshall, TX, Dixon grew up not far from the Louisiana border, absorbing the blues, gospel, and roots music of bayou country. As a child he taught himself piano, and after his family relocated to Los Angeles in 1942 he worked as a drugstore clerk and golf caddie. Dixon later studied hotel management and pursued a career in professional football, but music remained his passion. After claiming top honors in a series of L.A. amateur showcases, he cut his debut single at the behest of bandleader Johnny Otis, issuing Houston Jump on the Swing Time label in 1948. With his mellow, after-hours blues approach, the fledgling Dixon earned endless comparisons to Charles Brown, who became his mentor and installed him in bassist Eddie Williams' band, the Brown Buddies. Dixon also signed a solo deal with Modern Records, scoring his first local hit with 1949's Dallas Blues. Mississippi Blues followed a year later and proved a smash in the Deep South. Over the span of successive releases including Cow Town, Gloomy Baby, and Shuffle Boogie, Dixon began developing his own signature sound, channeling the gospel and Delta blues influences of his youth to forge a gritty, dynamic approach that forecast the birth of rock roll. While on tour with a young Ray Charles, he even suggested Charles shift away from Nat King Cole-inspired pop and "try it with more of a gospel flavor."

Aladdin Records acquired Dixon's contract with Modern in late 1950, immediately pairing him with Johnny Moore's Three Blazers for Telephone Blues, his first nationwide hit. Doin' the Town quickly followed, and across 1951 Aladdin flooded the market with Dixon material, including Walking and Talking Blues, Let's Dance, Empty Stocking Blues, and Do I Love You. The deluge proved more than radio or retail could bear and none of the singles made much commercial impact. Not until June 1952 did Dixon score his next significant hit, Wine Wine Wine. He spent much of the remaining year touring the Midwest and Southern U.S. in support of the follow-up, The River, highlighted by an extended residency at Kansas City's Orchid Room. After a few more Aladdin releases, most notably Broken Hearted Traveler and the Jerry Lieber/Mike Stoller-penned Too Much Jelly Roll, Dixon jumped to Art Rupe's Specialty imprint, making his label debut in mid-1953 with Hard Living Alone. Hole in the Wall followed by year's end, but neither was a hit, and when the same fate befell 1954's Ooh Ee, Ooh Eee, the company terminated his contract. Dixon soon resurfaced on Atlantic's Cat subsidiary with Moonshine. Its successor, Hey Bartender, would prove his most enduring hit, thanks in large part to a reverential Blues Brothers cover issued nearly a quarter century later.

While his sound and style clearly predated modern RB and rock roll, Dixon was nevertheless lost in the shuffle as a new generation of artists began dominating the charts, and during the mid-'50s he wandered between L.A. independent labels like Pearl, Cash, and Ebb to little success. He continued touring into the early '60s before virtually disappearing from sight, living in seclusion in Paris, TX. When the Swedish label Route 66 issued a 1975 compilation of Dixon's classic postwar material to great acclaim across Europe, he traveled overseas to mount his first tour in over a decade, later joining Ruth Brown and old friend Charles Brown on the European Blues Caravan. Dixon also toured with then-unknown Robert Cray and Little Charlie the Nightcats, and in 1984 was commissioned by the Los Angeles Olympic Games organizing committee to write Olympic Blues. The Rhythm and Blues Foundation awarded Dixon its Pioneer Career Achievement Award in 1993, earning him gigs at the Monterey Jazz Festival and the Chicago Blues Festival. Three years later, Alligator Records issued his W.C. Handy Comeback Album of the Year Award-winning concert LP, Wake Up and Live! Fine! Fine! Thing! followed on HighJohn in 2005, and despite failing health, Dixon teamed with fellow pianists Pinetop Perkins and Henry Clay for a brief tour in June 2006. He died of cancer weeks later at the age of 77. ~ Jason Ankeny, Rovi 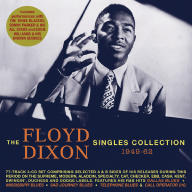 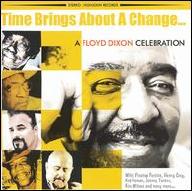 Time Brings About A Change
2006 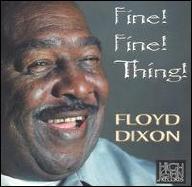 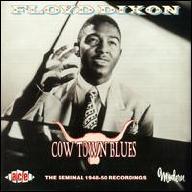 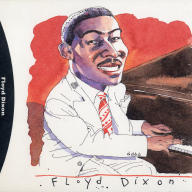 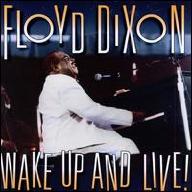 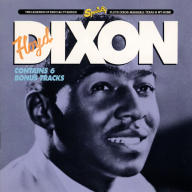 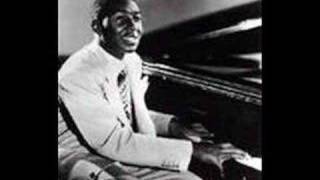 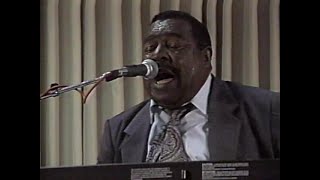 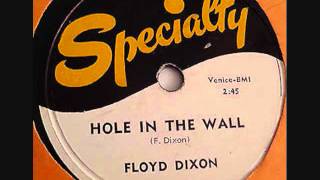 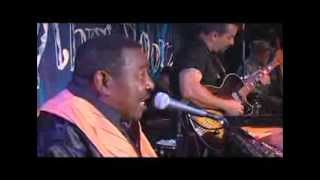 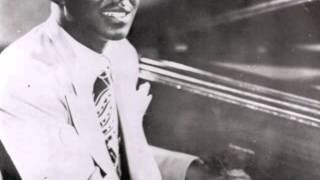 Floyd Dixon - (You Know) That'll Get It 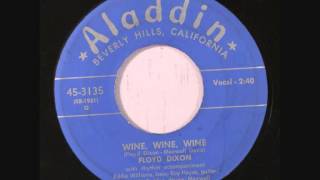 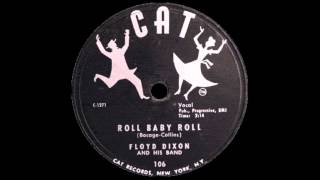