Close
Bessie Banks
Biography
Bessie Banks is primarily remembered by rock history buffs for her 1964 recording of Go Now, but her career extended well into the 1970s and beyond. She was born Bessie White in North Carolina, and later raised in Brooklyn, NY. She loved to sing, and by the mid-'50s her voice's sensuality had begun attracting attention from various groups and managers. For a short time, she'd sung with a quartet called Three Guys and a Doll, who subsequently became the Four Fellows without her; while a member of the group, she met bass/baritone singer Larry Banks, who was the de facto leader of the group, and married him. As Toni Banks, she performed and recorded during the mid-'50s, including the single You're Still in My Heart, on which she was backed by the Four Fellows. Taking back the name Bessie Banks, she recorded in the first half of the 1960s, starting with Do It Now b/w (You Should Have Been A) Doctor in 1963 on the Spokane Records label, which was picked up the following year by Wand Records. In 1964, Larry and Bessie decided to make a new push to establish her with a song that Larry had written specifically for the purpose of breaking her nationally: Go Now.

Jerry Leiber and Mike Stoller produced the recording, which initially appeared on their Tiger Records label before getting shifted to their new Blue Cat label, the RB/soul imprint of their Red Bird label. The record did moderately well and even got released in England, but it was the song's fate that doomed Banks' chances for major national exposure. A Birmingham-spawned band called the Moody Blues did a version of Go Now, driven by Denny Laine's tortured lead vocal, Mike Pinder's rippling piano, and beautiful harmonies -- as it was the era of the homegrown beat bands in England and the British Invasion in America, and the band's version was irresistible under the circumstances. The Moody Blues were given their first taste of international success, while Bessie Banks was forgotten by most listeners.

In subsequent years, she recorded singles for Verve Records and Volt Records, and was still releasing records as late as 1976 with Baby You Sure Know How to Get to Me. Banks also reprised Go Now on a joint single with Linda Jones, and acquired a following in England with her single The Best Is Yet to Come. Larry Banks passed away in the early '90s, but Bessie Banks, residing in New York, continued to sing occasionally right to the end of the decade. ~ Bruce Eder, Rovi 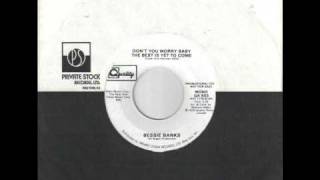 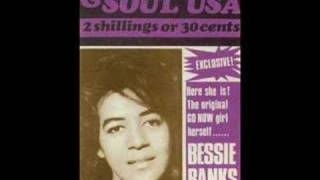 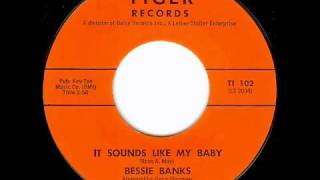 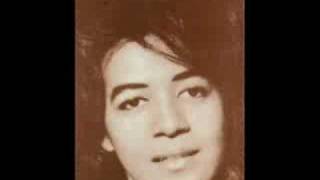 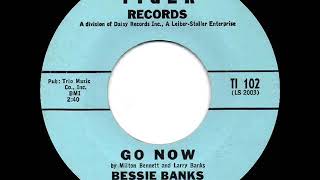 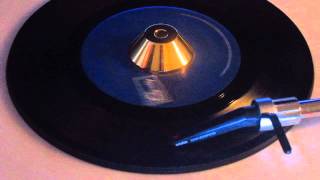 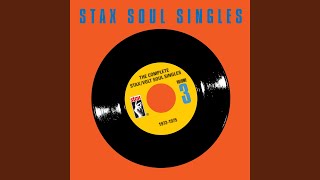 Try To Leave Me If You Can (I Bet You Can't Do It)
Available here: