Close
United States Marine Band
from Washington, D.C.
formed July 11, 1798 (age 223)
Biography
The United States Marine Band, also known by the moniker "The President's Own," is an organization of about 160 members, 130 of whom are musicians. The USMB also includes the Marine Chamber Orchestra, various Marine chamber ensembles, the Marine Jazz Orchestra, and the country music offshoot Free Country. These ensembles typically perform more than 500 concert events each year, including at the White House, Pentagon ceremonies, state funerals, and various other government and public events. Not surprisingly, the number of musicians appearing at an event can vary widely, with some performances featuring as few as two or three members, and others, like the spectacular displays put on for presidential inaugurations typically involving about 100 players. Bandmembers serve at least four years, and some as long as 20 or more. Though they are members of the United States Marines, they do not receive basic training or most other military training. Their repertoire is obviously broad, taking in John Philip Sousa and other American composers, as well as Hindemith, Prokofiev, Ives, Stravinsky, and, via transcription, Wagner, Richard Strauss, Schoenberg, and a host of others.

The USMB was founded in accordance with a July 11, 1798 Act of Congress. It is thus not only the oldest American military band, but the oldest professional American musical organization. Although the USMB made its debut on August 21, 1800, its first major concert was given at the White House at the invitation of President John Adams on January 1, 1801. The ensemble also played for the inauguration of Thomas Jefferson that year (March 4) and has played for every presidential inauguration since.

On May 17, 1922, the USMB appeared on its first radio broadcast and thereafter gave frequent performances over the airwaves. Over the years the ensemble grew in prominence and expanded in size, making numerous recordings and appearing at countless televised events. Its recordings are available on the USMB's own label and from Naxos, Albany Records, Musical Heritage Society, and others. ~ Robert Cummings, Rovi 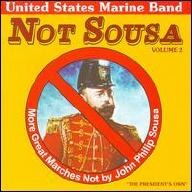 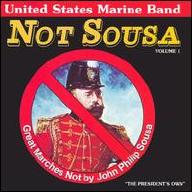 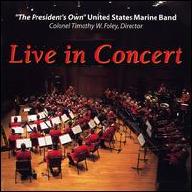 The Presidents Own Marine Band: Live in Concert
2006 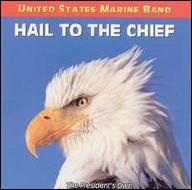 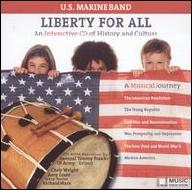 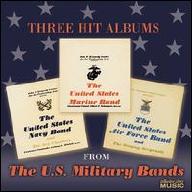 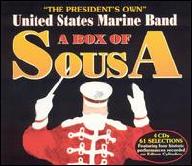 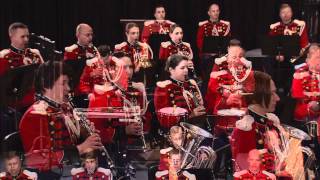 SOUSA The Stars and Stripes Forever - "The President's Own" U.S. Marine Band 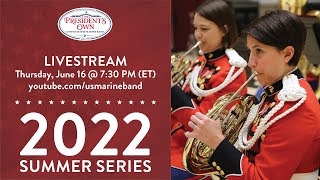 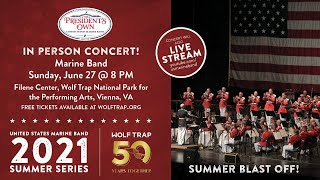 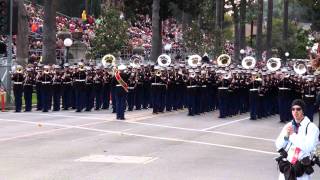 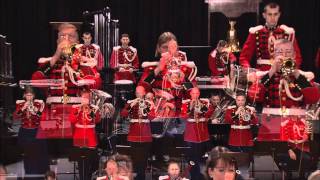 SOUSA Semper Fidelis - "The President's Own" US Marine Band 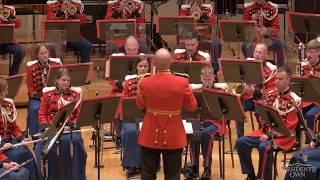 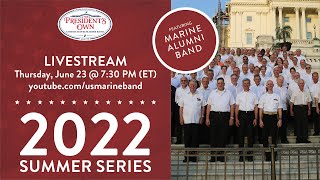