Close
The Fabulous Thunderbirds
from Austin, TX
formed January 1, 1974 (age 48)
Biography
With their fusion of blues, rock roll, and RB, the Fabulous Thunderbirds helped popularize roadhouse Texas blues with a mass audience in the '80s and, in the process, they helped kick-start a blues revival during the mid-'80s. During their heyday in the early '80s, they were the most popular attraction on the blues bar circuit, which eventually led to a breakthrough to the pop audience in 1986 with their fifth album, Tuff Enuff. The mass success didn't last too long, and founding member Jimmie Vaughan left in 1990, but the Fabulous Thunderbirds remained one of the most popular blues concert acts in America during the '90s.

Guitarist Jimmie Vaughan formed the Fabulous Thunderbirds with vocalist/harpist Kim Wilson in 1974; in addition to Vaughan and Wilson, the band's original lineup included bassist Keith Ferguson and drummer Mike Buck. Initially, the group also featured vocalist Lou Ann Barton, but she left the band shortly after its formation. Within a few years, the Thunderbirds became the house band for the Austin club Antone's, where they would play regular sets and support touring blues musicians. By the end of the decade, they had built a strong fan base, which led to a record contract with the local Takoma Records.

In 1979, the Fabulous Thunderbirds released their eponymous debut on Takoma. The record was successful enough to attract the attention of major labels and Chrysalis signed the band the following year. What's the Word, the group's second album, was released in 1980 and it was followed in 1981 by Butt Rockin'. By the time the Thunderbirds recorded their 1982 album T-Bird Rhythm, drummer Mike Buck was replaced by Fran Christina, a former member of Roomful of Blues.

Although the Fabulous Thunderbirds had become favorites of fellow musicians -- they opened shows for the Rolling Stones and Eric Clapton -- and had been critically well-received, their records didn't sell particularly well. Chrysalis dropped the band following the release of T-Bird Rhythm, leaving the band without a record contract for four years. While they were in limbo, they continued to play concerts across the country. During this time, bassist Keith Ferguson left the band and was replaced by Preston Hubbard, another former member of Roomful of Blues. In 1985, they finally landed another record contract, signing with Epic/Associated.

After the deal with Epic/Associated was complete, the T-Birds entered a London studio and recorded their fifth album with producer Dave Edmunds. The resulting album, Tuff Enuff, was released in the spring of 1986 and, unexpectedly, became a major crossover success. The title track was released as a single and its accompanying video received heavy play on MTV, which helped the song reach the American Top Ten. The success of the single sent the album to number 13 on the charts; Tuff Enuff would eventually receive a platinum record. Wrap It Up, a cover of an old Sam Dave song, was the album's second single and it became a Top Ten album rock track. Later in 1986, the T-Birds won the W.C. Handy Award for best blues band.

The Fabulous Thunderbirds' follow-up to Tuff Enuff, Hot Number, arrived in the summer of 1987. Initially, the album did fairly well -- peaking at number 49 on the charts and spawning the Top Ten album rock hit Stand Back -- but it quickly fell off the charts. Furthermore, its slick, radio-ready sound alienated their hardcore following of blues fans. Powerful Stuff, a single from the soundtrack of the Tom Cruise film #Cocktail, became a number three album rock hit in the summer of 1988. It was included on the following year's Powerful Stuff album, which proved to be a major commercial disappointment -- it only spent seven weeks on the charts.

After the two poorly received follow-ups to Tuff Enuff, Jimmie Vaughan left the band to play in a duo with his brother, Stevie Ray Vaughan; following Stevie Ray's death in the summer of 1990, Jimmie pursued a full-time solo career. The Fabulous Thunderbirds replaced Vaughan with two guitarists, Duke Robillard and Kid Bangham. The first album from the new lineup, Walk That Walk, Talk That Talk, appeared in 1991. Following the release of Walk That Walk, Talk That Talk, Epic/Associated dropped the Fabulous Thunderbirds from their roster.

During the early '90s, the Fabulous Thunderbirds were in limbo, as Kim Wilson recorded a pair of solo albums -- Tigerman (1993) and That's Life (1994). Wilson re-assembled the band in late 1994 and the band recorded their ninth album, Roll of the Dice, which was released on Private Music in 1995. High Water followed in 1997 with a live album after that in 2001. 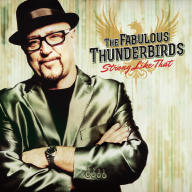 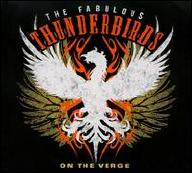 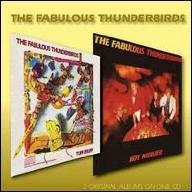 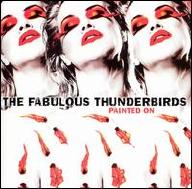 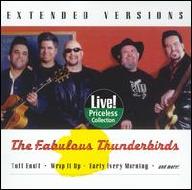 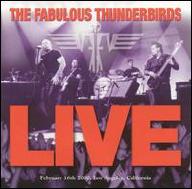 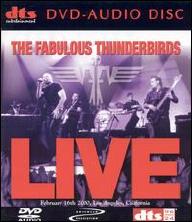 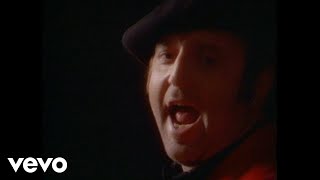 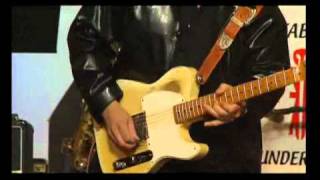 The Fabulous Thunderbirds - My Babe 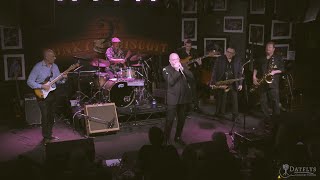 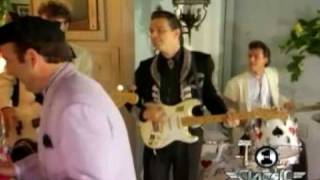 Wrap it up - Fabulous thunderbirds 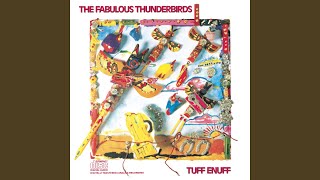 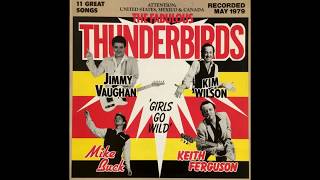 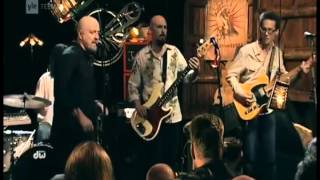