Close
Duke Robillard
from Woonsocket, RI
October 4, 1948 (age 73)
Biography
Duke Robillard is an American guitarist, singer, songwriter, bandleader and session player. His warm, vintage sound and clean playing style crisscross the history of blues, jump R&B, swing, and roots rock. A founding member of Roomful of Blues, he released his first solo album, Duke Robillard and the Pleasure Kings, in 1984. He replaced Jimmie Vaughan in the Fabulous Thunderbirds in 1989 and remained through 1993. Robillard released three albums for Virgin's Point Blank during the mid-'90s, including 1997's Dangerous Place. In 1999, he and jazz guitarist Herb Ellis issued Conversations in Swing Guitar on Stony Plain. 2004's Blue Mood: The Songs of T-Bone Walker won global acclaim. Following 2007's A World Full of Blues, he returned to jazz on A Swinging Session with Duke Robillard. 2015's The Acoustic Blues Roots of Duke Robillard won a Blues Music Award. 2017's Duke Robillard and His Dames of Rhythm was a collection of collaborations with female vocalists. In 2022, he issued the self-produced They Called It Rhythm and Blues appended by a star-studded cast of players and singers.

Born Michael John Robillard in Rhode Island in 1948, his earliest musical influences included early rockers such as Chuck Berry, Buddy Holly, and Duane Eddy -- all of whom he'd heard through the record collection of his guitar-playing older brother. Wanting his own instrument, Robillard told his father he needed to build one for a school project. The pair fashioned a crude instrument modeled after country rockabilly guitar ace James Burton's Fender Telecaster. When the British Invasion hit the States, Robillard's interest shifted to their influences. He began to check out records by Muddy Waters, Howlin' Wolf, Elmore James, and Robert Johnson -- all of whom had influenced the popular English groups. At 17, Robillard decided to form a band of his own. In 1967, he and pianist Al Copley formed Roomful of Blues in Westerly, Rhode Island. Over the next decade, they were a regional hit but could not break nationally despite two well-received albums for Rounder, 1978's Roomful of Blues and 1979's Let's Have a Party. After numerous lineup changes, Robillard decided to go out on his own and left the band in 1979. He won a gig as rockabilly singer Robert Gordon's lead guitarist. After his stint with Gordon, Robillard joined the Legendary Blues Band. In 1981, the guitarist formed a new group, the Duke Robillard Band, which soon evolved into Duke Robillard the Pleasure Kings. After a few years of touring, Duke Robillard the Pleasure Kings landed a contract with Rounder Records, releasing their eponymous debut album in 1983. For the rest of the decade, the band toured America and issued a series of albums on Rounder Records including 1988's You Got Me in collaboration with Dr. John and organist Ron Levy. Occasionally, the guitarist would release a jazz-oriented solo album such as the acclaimed Swing a year earlier.

In 1989, Robillard replaced guitarist Jimmie Vaughan in the Austin, Texas-based the Fabulous Thunderbirds, but he also continued to record on his own and work as a sideman. He issued seminal solo recordings during the period, including 1991's Turn It Around, and 1992's After Hours Swing Session, and played with Johnny Adams, Snooky Pryor, and Pinetop Perkins. His tenure with Fabulous Thunderbirds was during the MTV era; it netted two charting outings, Walk That Walk, Talk That Talk in 1991 and Wrap It Up in 1993.

Robillard signed a solo deal with Virgin's Point Blank imprint for 1994's Temptation. Duke's Blues followed two years later, and spent ten weeks on the Blues Albums chart after peaking at number six. In early 1997, he played on Bob Dylan's Time Out of Mind, and later that year released Dangerous Place, his final outing for Point Blank. Robillard signed a non-exclusive deal with Canada's Stony Plain and issued Stretchin' Out in 1998. The following year, he released New Blues for Modern Man as the first of two albums for Shanachie, and reunited with Roomful of Blues for Swingin' and Jumpin'.

Conversations in Swing Guitar, in collaboration with jazz legend Herb Ellis, followed on Stony Plain later in 1999; he cut Explorer, his final Shanachie outing, in 2000. These albums resulted in the first of Robillard's four consecutive W.C. Handy Awards as Best Blues Guitarist. After recording La Palette Bleu for France's Dixie Frog in 2001, Robillard returned to Stony Plain in earnest for 2002's acclaimed Living with the Blues, and has called the label his home since. In 2003, he and Ellis re-teamed for More Conversations in Swing Guitar (2003). The R&B-drenched jump and swing of Exalted Lover followed later that year. It included a guest duet with Pam Tillis on the track "I'll Never Be Free." 2004's Blue Mood: The Songs of T-Bone Walker earned several W.C. Handy Awards, while New Guitar Summit teamed Robillard with guitarists J. Geils and Gerry Beaudoin. A year later, The Duke Meets The Earl, a collaboration with guitarist (and former Roomful of Blues member) Ronnie Earl was released. Robillard returned to solo recording for 2006's Guitar Groove-A-Rama; it received a Grammy nomination for Best Traditional Blues Album.

Robillard continued to explore the jazz and jump blues with the number seven-charting 2007's World Full of Blues, and 2008's A Swingin Session with Duke Robillard for Dixie Frog. He returned to his early R&B influences for 2009's Stomp! The Blues Tonight, which also peaked at number seven on the Blues Albums charts; it, too, was nominated for a Grammy for Best Traditional Blues Album. That year, he also recorded Tales from the Tiki Lounge with singer Sunny Crownover, a Les Paul and Mary Ford tribute with lounge/exotica side trips to blues, as well as vintage pop songs. Robillard's next album for Stony Plain, Passport to the Blues, saw him returning to the Chicago-styled, gritty, house rent blues. In 2011, he delivered the '40s and '50s blues covers album Low Down and Tore Up, followed by Independently Blue in 2013. In April 2013, Robillard joined Bob Dylan's road band when lead guitarist Charlie Sexton temporarily left the group. Twenty-seven shows later, Robillard returned to playing solo gigs.

In 2015, the guitarist celebrated his love of rootsy American music from the 1920s to the 1940s with The Acoustic Blues Roots of Duke Robillard, a compilation of unreleased standards and collaborations; it took home the Blues Music Award for Best Acoustic Blues Album. In September 2016, Robillard returned with the charting Blues Full Circle, which included guest appearances from Jimmie Vaughan, Sugar Ray Norcia, and Kelley Hunt. The following year saw the release of Duke Robillard His Dames of Rhythm, a collection of swing and jump tunes from the 1920s and '30s that included singers Madeleine Peyroux, Maria Muldaur, Sunny Crownover, Elizabeth McGovern, Catherine Russell, and Hunt. Robillard turned to the music of his youth for 2019's Ear Worms, which offered his unique, raw interpretations of songs that fascinated him as a youngster, including hits and rarities from the catalogs of rock, blues, R&B, and swing. In November 2020, he released Blues Bash with Duke Robillard Friends, a straight-ahead, raucous blues party album with two horn sections -- one of which reunited him with Roomful of Blues members -- that showcased appearances from vocalists Chris Cote, Michelle Willson, and a guest spot from boogie woogie pianist Mark Mr. B Braun. 2022's They Called It Rhythm and Blues, featured Cote and Willson and an all-star guest list that included Sue Foley, John Hammond, Mike Flanigin, and Kim Wilson. ~ Stephen Thomas Erlewine & Thom Jurek, Rovi 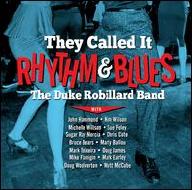 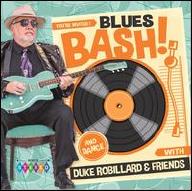 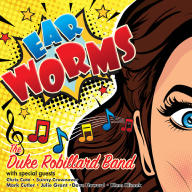 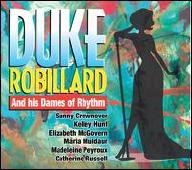 Duke Robillard And His Dames Of Rhythm
2017 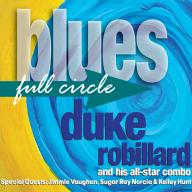 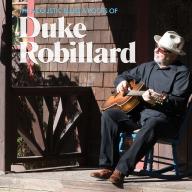 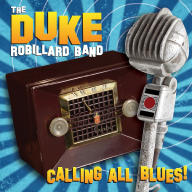 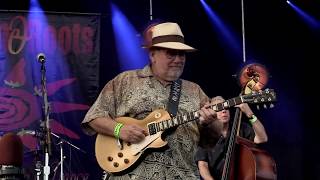 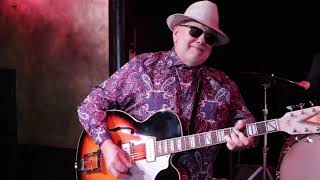 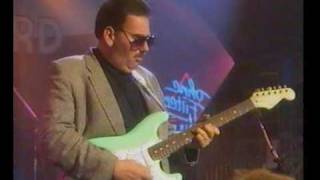 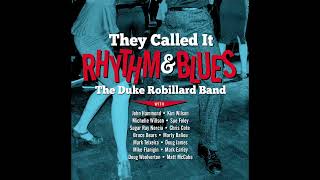 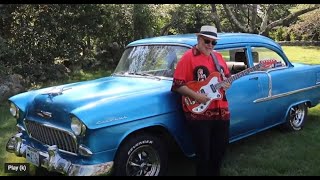 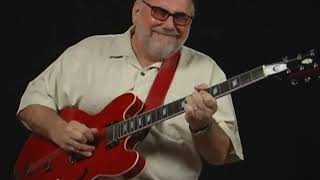 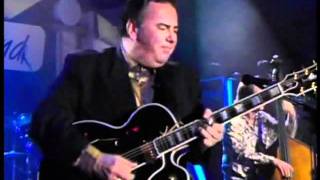