Close
Victoria Spivey
from Houston, TX
October 15, 1906 - October 3, 1976 (age 69)
Biography
Victoria Spivey was one of the more influential blues women simply because she was around long enough to influence legions of younger women and men who rediscovered blues music during the mid-'60s U.S. blues revival, which had been brought about by British blues bands as well as their American counterparts, like Paul Butterfield and Elvin Bishop. Spivey could do it all: she wrote songs, sang them well, and accompanied herself on piano and organ, and occasionally ukulele.

Spivey began her recording career at age 19 and came from the same rough-and-tumble clubs in Houston and Dallas that produced Sippie Wallace. In 1918, she left home to work as a pianist at the Lincoln Theater in Dallas. In the early '20s, she played in gambling parlors, gay hangouts, and brothels in Galveston and Houston with Blind Lemon Jefferson. Among Spivey's many influences was Ida Cox, herself a sassy blues woman, and taking her cue from Cox, Spivey wrote and recorded tunes like TB Blues, Dope Head Blues, and Organ Grinder Blues. Spivey's other influences included Bobby Blue Bland, Sara Martin, and Bessie Smith. Like so many other women blues singers who had their heyday in the '20s and '30s, Spivey wasn't afraid to sing sexually suggestive lyrics, and this turned out to be a blessing nearly 40 years later given the sexual revolution of the '60s and early '70s.

She recorded her first song, Black Snake Blues, for the OKeh label in 1926, and then worked as a songwriter at a music publishing company in St. Louis in the late '20s. In the '30s, Spivey recorded for the Victor, Vocalion, Decca, and OKeh labels, and moved to New York City, working as a featured performer in a number of African-American musical revues, including the Hellzapoppin' Revue. In the '30s, she recorded and spent time on the road with Louis Armstrong's various bands. By the '50s, Spivey had left show business and sang only in church. But in forming her own Spivey Records label in 1962, she found new life in her old career. Her first release on her own label featured Bob Dylan as an accompanist.

As the folk revival began to take hold in the early '60s, Spivey found herself an in-demand performer on the folk-blues festival circuit. She also performed frequently in nightclubs around New York City. Unlike others from her generation, Spivey continued her recording career until well into the '70s, performing at the Ann Arbor Blues and Jazz Festival in 1973 with Roosevelt Sykes. Throughout the '60s and '70s, she had an influence on musicians as varied as Dylan, Sparky Rucker, Ralph Rush, Carrie Smith, Edith Johnson, and Bonnie Raitt.

Spivey's many albums for Spivey and other labels include the excellent Songs We Taught Your Mother (1962), which also includes contributions from Alberta Hunter and Lucille Hegamin, Idle Hours (1961), The Queen and Her Knights (1965), and The Victoria Spivey Recorded Legacy of the Blues (1970). In 1970, Spivey was awarded a BMI Commendation of Excellence from the music publishing organization for her long and outstanding contributions to many worlds of music. After entering Beekman Downtown Hospital with an internal hemorrhage, she died a short while later in 1976. Victoria Spivey is buried in Hempstead, New York. ~ Richard Skelly, Rovi 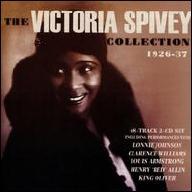 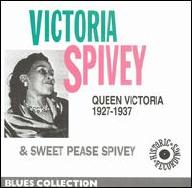 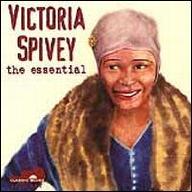 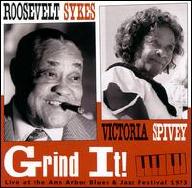 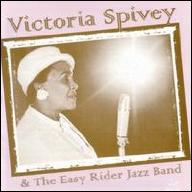 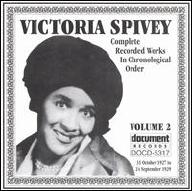 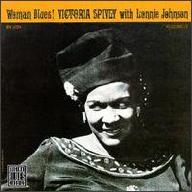 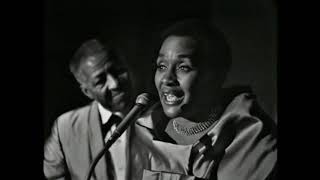 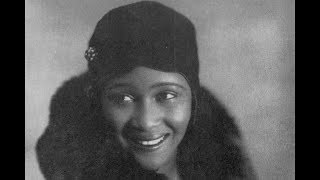 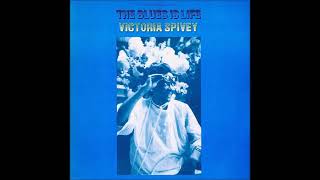 Victoria Spivey - The Blues Is Life 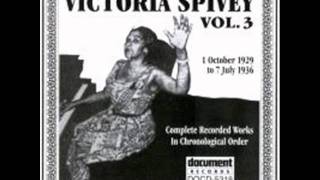 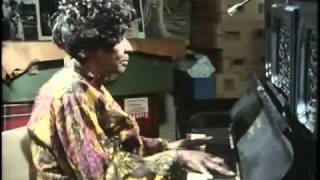 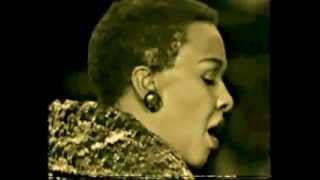 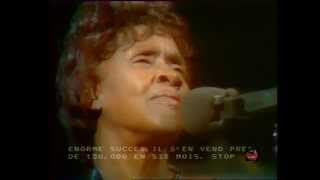