Close
Paul Butterfield
from Chicago, IL
December 17, 1942 - May 4, 1987 (age 44)
Biography
Paul Butterfield was the first white harmonica player to develop a style original and powerful enough to place him in the pantheon of true blues greats. It's impossible to overestimate the importance of the doors Butterfield opened: before he came to prominence, white American musicians treated the blues with cautious respect, afraid of coming off as inauthentic. Not only did Butterfield clear the way for white musicians to build upon blues tradition (instead of merely replicating it), but his storming sound was a major catalyst in bringing electric Chicago blues to white audiences who'd previously considered acoustic Delta blues the only really genuine article. His initial recordings from the mid-'60s -- featuring the legendary, racially integrated first edition of the Paul Butterfield Blues Band -- were eclectic, groundbreaking offerings that fused electric blues with rock roll, psychedelia, jazz, and even (on the classic East-West) Indian classical music. As members of that band -- which included Michael Bloomfield and Elvin Bishop -- drifted away, the overall impact of Butterfield's music lessened, even if his amplified harp playing was still beyond reproach. He had largely faded from the scene by the mid-'70s, and fell prey to health problems and drug addiction that sadly claimed his life prematurely. Even so, the enormity of Butterfield's initial impact ensured that his legacy was already secure.

Butterfield was born December 17, 1942, in Chicago and grew up in Hyde Park, a liberal, integrated area on the city's South Side. His father, a lawyer, and mother, a painter, encouraged Butterfield's musical studies from a young age, and he took flute lessons up through high school, with the first-chair flutist in the Chicago Symphony Orchestra serving as his private tutor for a time. By this time, however, Butterfield was growing interested in the blues music that permeated the South Side; he and college-age friend Nick Gravenites (a future singer, guitarist, and songwriter in his own right) began hitting the area blues clubs in 1957. Butterfield was inspired to take up guitar and harmonica, and he and Gravenites began playing together on college campuses around the Midwest. After being forced to turn down a track scholarship to Brown University because of a knee injury, Butterfield entered the University of Chicago, where he met a fellow white blues fan in guitarist Elvin Bishop. Butterfield was evolving into a decent singer, and not long after meeting Bishop, he focused all his musical energy on the harmonica, developing his technique (mostly on diatonic harp, not chromatic) and tone; he soon dropped out of college to pursue music full-time.

After some intense woodshedding, Butterfield and Bishop began making the rounds of the South Side's blues clubs, sitting in whenever they could. They were often the only whites present, but were quickly accepted because of their enthusiasm and skill. In 1963, the North Side club Big John's offered Butterfield's band a residency; he'd already recruited Howlin' Wolf's rhythm section -- bassist Jerome Arnold and drummer Sam Lay -- by offering more money, and replaced original guitarist Smokey Smothers with his friend Bishop. The new quartet made an instant splash with their hard-driving versions of Chicago blues standards. In late 1964, the Paul Butterfield Blues Band was discovered by producer Paul Rothchild, and after adding lead guitarist Michael Bloomfield, they signed to Elektra and recorded several sessions for a debut album, the results of which were later scrapped.

At first, there was friction between Butterfield and Bloomfield, since the harmonica man patterned his bandleading style after taskmasters like Howlin' Wolf and Little Walter; after a few months, though, their respect for each other's musical skills won out, and they began sitting in together at blues clubs around the city. A song from their aborted first session, the Nick Gravenites-penned Born in Chicago, was included on the Elektra sampler Folksong '65 and created a strong buzz about the band. In the summer of 1965, they re-entered the studio for a second crack at their debut album, adding organist Mark Naftalin as a permanent sixth member during the sessions. In the meantime, they were booked to play that year's Newport Folk Festival. When Bob Dylan witnessed their well-received performance at an urban blues workshop during the festival, he recruited Butterfield's band to back him for part of his own set later that evening. Roundly booed by acoustic purists, Dylan's plugged-in performance with the Butterfield Band ultimately shook the folk world to its foundations, kickstarting an electric folk-rock movement that effectively spelled the end of the traditionalist folk revival.

On the heels of their historic performance at Newport, the Paul Butterfield Blues Band released their self-titled debut album later in 1965. Now regarded as a classic, the LP caused quite a stir among white blues fans who had never heard electric Chicago-style blues performed by anyone besides British blues-rock groups. Not only did it sow the seeds of a thousand bar bands, but it also helped introduce more white listeners to the band's influences, especially Muddy Waters and B.B. King. Toward the end of 1965, drummer Sam Lay fell ill and was replaced by the jazz-trained Billy Davenport, whose rhythmic agility and sophistication soon made him a permanent member. He was particularly useful since Butterfield was pushing to expand the band's sound, aided by Bloomfield's growing interest in Eastern music, especially Ravi Shankar. Their growing eclecticism manifested itself on their second album, 1966's East-West, which remains their greatest achievement. The title cut was a lengthy instrumental suite incorporating blues, jazz, rock, psychedelia, and raga; although it became their signature statement, the rest of the album was equally inspired, perhaps due in part to Butterfield's more relaxed, democratic approach to bandleading.

Unfortunately, Mike Bloomfield left the band at the height of its success in 1967, and formed a new group called the Electric Flag with Nick Gravenites, which aspired to take East-West's eclecticism even further. Bishop moved into the lead guitar slot for the band's third album, 1967's The Resurrection of Pigboy Crabshaw (a reference to Bishop's nickname). Displaying a greater soul influence, the album also featured a new rhythm section in bassist Bugsy Maugh and drummer Phil Wilson, plus a horn section that included a young David Sanborn. Pigboy Crabshaw proved to be the closing point of the Butterfield Band's glory days; the 1968 follow-up, In My Own Dream, was uneven in its songwriting and focus, and both Elvin Bishop and Mark Naftalin left the band before year's end. Still hoping for a breakout commercial hit, Elektra brought in producer/songwriter Jerry Ragovoy, a longtime RB professional, which marked the first time they'd asserted control over a Butterfield recording. That didn't sit well with Butterfield, who wanted to move in a jazzier direction than Ragovoy's radio-friendly style allowed; the result, 1969's Keep on Moving, was another inconsistent outing, despite the return of Billy Davenport and an injection of energy from the band's new guitarist, 19-year-old Buzzy Feiten. 1969 wasn't a washout for Butterfield, though; his band was still popular enough to make the bill at Woodstock, and he also took part in an all-star Muddy Waters session dubbed Fathers and Sons, which showcased the Chicago giant's influence on the new generation of bluesmen and greatly broadened his audience.

After 1970's Live and the following year's studio effort Sometimes I Just Feel Like Smilin', Butterfield broke up his band and parted ways with Elektra. Tired of all the touring and personnel turnover, he retreated to the communal atmosphere of Woodstock, still a musicians' haven in the early '70s, and in 1971 formed a new group eventually dubbed Better Days. Guitarist Amos Garrett and drummer Chris Parker were the first to join, and with folk duo Geoff and Maria Muldaur in tow, the band was initially fleshed out by organist Merl Saunders and bassist John Kahn, both from San Francisco. Sans Geoff Muldaur, this aggregation worked on the soundtrack of the film Steelyard Blues, but Saunders and Kahn soon returned to the Bay Area, and were replaced by New Orleans pianist Ronnie Barron and Taj Mahal bassist Billy Rich. This lineup -- with Geoff Muldaur back, plus contributions from singer/songwriter Bobby Charles -- released the group's first album, Better Days, in 1972 on Butterfield manager Albert Grossman's new Bearsville label. While it didn't quite match up to Butterfield's earliest efforts, it did return him to critical favor. A follow-up, It All Comes Back, was released in 1973 to positive response, and in 1975 he backed Muddy Waters once again on The Woodstock Album, the last LP release ever on Chess.

Butterfield subsequently pursued a solo career, with diminishing returns. His Henry Glover-produced solo debut, Put It in Your Ear, appeared in 1976, but failed to impress many: his harmonica playing was pushed away from the spotlight, and the material was erratic at best. The same year, he appeared in the Band's farewell concert film, The Last Waltz. Over the next few years, Butterfield mostly confined himself to session work; he attempted a comeback in 1981 with legendary Memphis soul producer Willie Mitchell, but the sessions -- released as North-South -- were burdened by synthesizers and weak material. By this time, Butterfield's health was in decline; years of heavy drinking were beginning to catch up to him, and he also contracted peritonitis, a painful intestinal condition. At some point -- none of his friends knew quite when -- Butterfield also developed an addiction to heroin; he'd been stridently opposed to it as a bandleader, leading to speculation that he was trying to ease his peritonitis symptoms. He began to play more gigs in Los Angeles during the early '80s, and eventually relocated there permanently; he also toured on a limited basis during the mid-'80s, and in 1986 released his final album, The Legendary Paul Butterfield Rides Again. However, his addiction was bankrupting him, and in the past half-decade he'd seen Mike Bloomfield, Muddy Waters, and manager Albert Grossman pass away, each loss leaving him shaken. On May 4, 1987, Butterfield himself died of a drug overdose; he was not quite 45 years old. ~ Steve Huey, Rovi 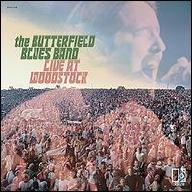 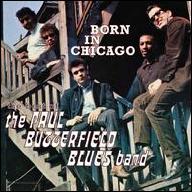 Born in Chicago: The Best of the Paul Butterfield Blues Band
2017 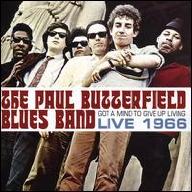 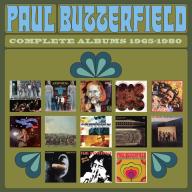 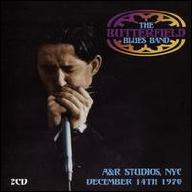 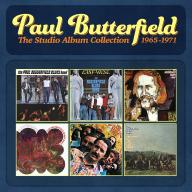 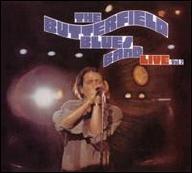 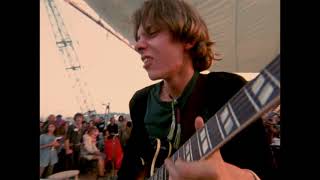 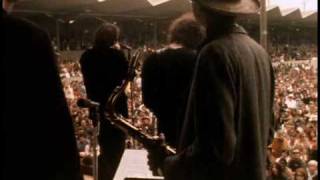 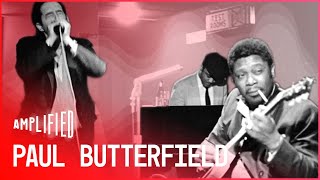 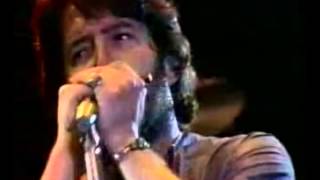 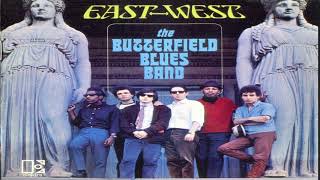 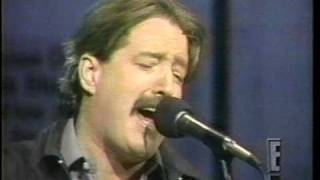 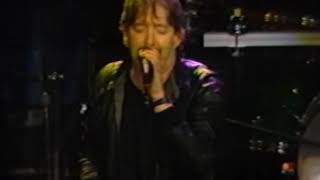