Sam Phillips, then a fledgling in the record business, produced Rocket 88, Brenston's debut waxing, in Memphis. The singer/saxist was backed by Ike Turner's Kings of Rhythm, an aggregation that Brenston had joined the previous year. Turner played piano on the tune; Willie Kizart supplied dirty, distorted guitar. Billed as by Jackie Brenston His Delta Cats, Rocket 88 drove up to the top slot on the RB charts and remained there for more than a month. But none of his Chess follow-ups sported the same high-octane performance, though Real Gone Rocket was certainly a deserving candidate.

Brenston's slide from the spotlight was swift. After a few more Chess singles stiffed (including a duet with Edna McRaney, Hi-Ho Baby), Brenston reunited with Turner in 1955, holding down the baritone sax chair until 1962. He cut a series of terrific sides fronting Turner's Kings of Rhythm along the way: Gonna Wait for My Chance and Much Later for Federal in 1956, You've Got to Lose for Chicago's Cobra label in 1958 (also doing session work there with Otis Rush and Buddy Guy), and You Ain't the One for Sue in 1961. After a final single for Mel London's Mel-Lon imprint, Brenston was through; he worked as a truck driver and showed little interest in reliving his glory years. ~ Bill Dahl, Rovi 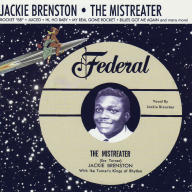 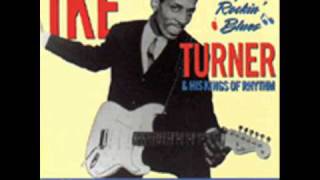 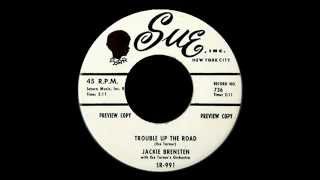 Jackie Brenston - Trouble Up The Road 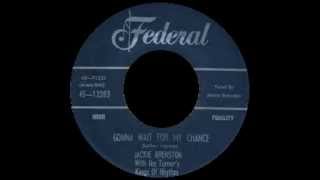 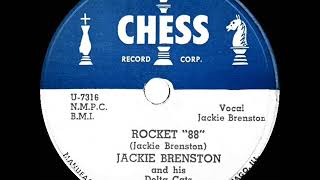 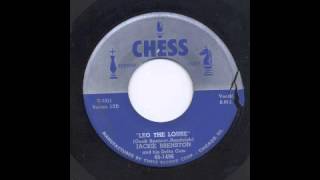 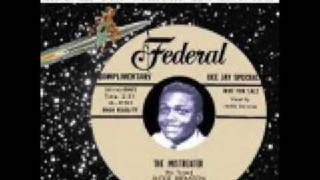 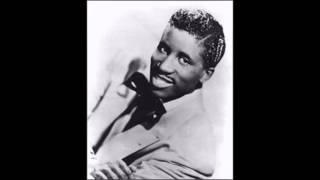 Jackie Brenston & Ike Turner's Kings Of Rhythm What Can It Be
Available here: