Close
Neeme Järvi
from Tallinn, Estonia
June 7, 1937 (age 85)
Biography
Veteran conductor Neeme Järvi has led many orchestras in Europe and the U.S. over a career stretching back to the 1950s. With his children now as rivals, he has remained a busy star on the international conducting scene well into his eighties.

Born in the Estonian capital of Tallinn, on June 7, 1937, and brought up within the Soviet Union's system for developing musical talent, Järvi studied percussion and conducting at the Tallinn Music School. He made his debut as a conductor at age 18. From 1955 to 1960, he pursued further studies at the Leningrad Conservatory, where his principal teachers were Nikolaï Rabinovich and Yevgeny Mravinsky.

Järvi took a leading role in the musical life of his homeland. In 1963, he assumed the directorship of the Estonian Radio Television Orchestra, his first important post. He also founded the Tallinn Chamber Orchestra, and for 13 years was the chief conductor of Opera House Estonia in Tallinn. From 1976 to 1980, he was chief conductor and artistic director of the Estonian State Symphony Orchestra, then in its infancy. By the late 1970s, his fame had spread throughout the Soviet Union and Eastern Europe, and he received favorable notices for his appearances in the West. He made history by leading the first performances of Strauss' Der Rosenkavalier and Gershwin's Porgy and Bess ever given in the USSR.

Järvi developed a particular interest in unearthing and performing neglected repertory by both little-known and important composers. He was a champion of the Estonian composers Eduard Tubin and Arvo Pärt. In 1979, he premiered Pärt's Credo, a work that represents a turning point in that composer's stylistic evolution. Järvi, recognizing the importance of Credo (which incorporates biblical texts), presented it without first navigating through the usual channels of the Communist Party or the Composers' Union. The resulting controversy and official disfavor induced Järvi to emigrate. He was permitted to leave Estonia in 1980; within a month of his departure, he made his debut performances with the Boston Symphony, the Philadelphia Orchestra, and the New York Philharmonic. He quickly received important appointments: principal guest conductor of the City of Birmingham Symphony Orchestra in England (1981-1983) and the Japan Philharmonic; music director of the Royal Scottish Orchestra (1984-1988) and the Gothenburg (Sweden) Symphony Orchestra (1982-2004). Järvi became an American citizen in 1985. In 1990, he assumed the post of music director of the Detroit Symphony Orchestra, remaining there until 2005. He led that ensemble through a troubled period, and he made some 30 recordings with the group on the Chandos label. He has also served as principal conductor of the New Jersey Symphony, the Residentie Orchestra of The Hague, and the Orchestre de la Suisse Romande.

Järvi's concert appearances gradually slowed as he approached his ninth decade, but his recorded legacy has continued to grow at an impressive pace. For the BIS label, he recorded a great deal of unfamiliar Scandinavian music, with various orchestras, from the 1980s to the 2000s. Järvi has also recorded for Deutsche Grammophon and Orfeo. His recording projects include cycles of orchestral music by Sibelius, Prokofiev, Shostakovich, and others. In late Romantic repertory, especially from France and the Scandinavian countries, he remains one of the world's great specialists, and he has maintained relationships with many of the ensembles he has headed. The year 2016 alone saw no fewer than seven new releases, including the continuation of a symphony cycle devoted to composer Kurt Atterberg, recorded with the Gothenburg Symphony Orchestra. Devoting himself mostly to substantial symphonic works, Järvi nevertheless did not disdain lighter fare; in 2015, he released, with the Royal Scottish National Orchestra, the album A Festival of Fucik, devoted to the composer of the familiar circus march Entry of the Gladiators. He remains a fixture of the Chandos' catalog, issuing a pair of new albums on the label, one of orchestral works by composers Artur Kapp, Mihkel Lüdig, and Artur Lemba, and the other of ballet music by Léo Delibes, in 2020.

Järvi's children have made their mark on the musical world as well: sons Paavo and Kristjan have gained international reputations as conductors. Daughter Maarika was the principal flutist with the RTVE Symphony Orchestra in Madrid. Neeme has written an Estonian-language memoir, Kunstniku elu (The Maestro's Touch). ~ James Manheim & Joseph Stevenson, Rovi 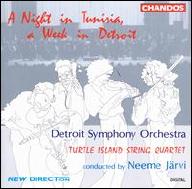 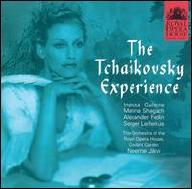 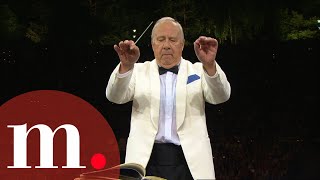 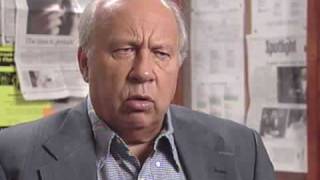 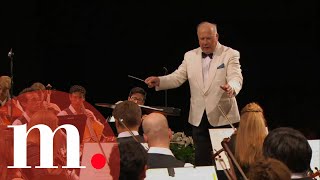 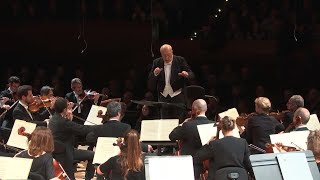