Close
Paavo Järvi
from Tallinn, Estonia
December 30, 1962 (age 59)
Biography
The elder son of conductor Neeme Järvi, Paavo Järvi has achieved much, including appointments leading the Cincinnati Symphony Orchestra, Orchestre de Paris, and NHK Symphony Orchestra. Although a musician of broad interests and a resident of the United States for the greater part of his life, he has continued to champion the music of his native Estonia in live performances and on disc. Blessed with directing gifts that transcend mere talent, he is among the handful of younger conductors regarded as true successors to the great maestros of the past. Järvi issued a recording of Tchaikovsky's second and fourth symphonies in 2021, leading the Zurich Tonhalle Orchestra on the Alpha label.

Born in Tallinn, Estonia, he began his studies in conducting and percussion at the Tallinn School of Music. When Järvi was 17 years old, his father moved the family to United States, and Paavo entered the Curtis Institute of Music in Philadelphia, where his instructors in conducting were Otto-Werner Mueller and that doyen among conducting teachers, Max Rudolf. At the Los Angeles Philharmonic Institute, he studied with Leonard Bernstein. The younger Järvi's abilities quickly manifested themselves enough to lead to guest engagements with such orchestras as the New York Philharmonic, the Munich Philharmonic, and the Berlin Philharmonic, among many others. While bearing the family name may have gotten him a hearing, Paavo Järvi's own brilliance prevailed in shaping scores and drawing quality performances from the widely diverse orchestras he faced. He was engaged as principal guest conductor by the Stockholm Philharmonic and the Birmingham Symphony Orchestra and earned praise for the manner in which he filled both posts. With these groups, Järvi established himself as a presence in the recording studio, amassing an enviable collection of worldwide reviews for both his live performances and recordings.

In September 2001, Järvi became the 12th music director of the Cincinnati Symphony Orchestra, succeeding Jesús López-Cobos. His debut in that post was preceded by a release on Telarc of the Cincinnati Symphony conducted by Järvi of Berlioz's Symphonie fantastique and the Love Music From Roméo et Juliet. He held the post with the Cincinnati Symphony until 2011 when he was named the music director laureate. Among the Estonians championed by Järvi are Erkki-Sven Tüür, Udo Kasemets, and Eduard Tubin, together with the better-known Arvo Pärt. In 2004, he became the artistic director of the Deutsche Kammerphilharmonie Bremen, a position he still held as of 2021. Järvi served as the principal conductor of the Frankfurt Radio Symphony Orchestra from 2006 until 2014. In 2010, he also took on the role of music director for the Orchestre de Paris, where he served until 2016. The Tokyo-based NHK Symphony Orchestra announced Järvi's appointment as its next chief conductor, with a term starting in 2015. In 2019, he took on the same role with the Zurich Tonhalle Orchestra.

A prolific recording artist, Järvi's releases include orchestral works by Stenhammar, Sibelius' Kullervo and the Lemminkäinen Suite, works by Bernstein, an album of cello concertos with Truls Mørk, and an album devoted to orchestral works by Lepo Sumera. Järvi has enjoyed a longtime association with the Estonian National Symphony Orchestra and has led the group on several recordings, including an album of orchestral works by Pärt, as well as Sibelius' solitary opera, The Maiden in the Tower. Järvi and the Estonian National Symphony won a Grammy Award in 2004 for a recording of Sibelius' cantatas. In 2012, he was named a Commandeur de l'Ordre des Arts et des Lettres, and in 2015 he won a Sibelius Award and was named Artist of the Year by the Diapason and Gramophone magazines. Järvi was heard leading the Zurich Tonhalle Orchestra in 2021 on the album Tchaikovsky: Symphonies Nos. 2 and 4. ~ Erik Eriksson & Keith Finke, Rovi 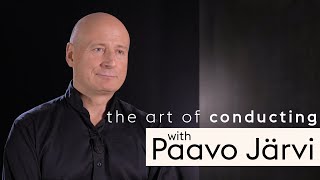 The art of conducting | Paavo Järvi 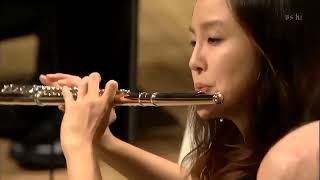 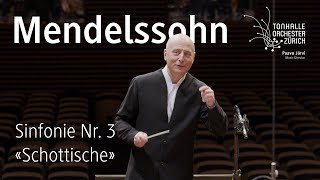 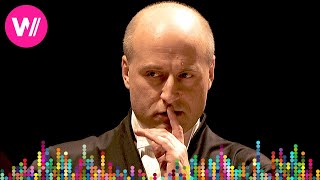 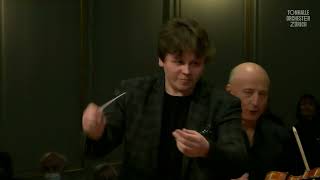 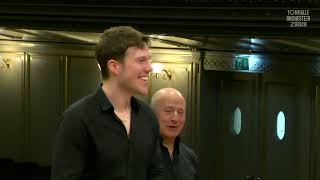 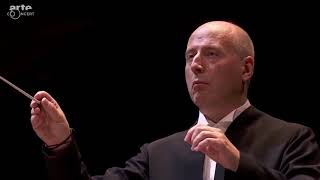