Close
Say Anything
from Los Angeles, CA
formed January 1, 2000 (age 22)
Biography
The pop-punk brainchild of Max Bemis, who founded the band while its initial members were still attending high school in Los Angeles, Say Anything rose to prominence in 2004 with the release of their critically acclaimed sophomore LP ...Is a Real Boy. The group continued to hone their visceral blend of emo, punk, pop, and alternative rock on chart-topping albums like Say Anything (2009) and Hebrews (2014), before ceasing operations in 2019 with the release of their eighth and final record, Oliver Appropriate.

Although the lineup has since featured a rotating cast of characters, Bemis remains at the band's core, spinning tales of insecurity and frustration with help from longtime drummer Coby Linder. Say Anything made their studio debut with two self-released and self-produced EPs -- Junior Varsity! and Menorah/Majora, the latter being released online -- as well as a full-length album, 2003's Baseball. These releases saw the band leaning toward the same mix of emo, rock, and pop-punk made popular by bands like blink-182 and Saves the Day. Bemis soon grew tired of the genre and revamped his band's sound for ...Is a Real Boy, which marked Say Anything's first release for Doghouse Records in 2004. A self-described punk rock musical, the album was fittingly produced by Tim O'Heir (Dinosaur Jr., the All-American Rejects) and Stephen Trask (Hedwig and the Angry Inch), with Bemis playing nearly every instrument.

Bemis' bipolar disorder proved to be increasingly disruptive, however, plaguing both the recording of the album and its aftermath. Struggling with crippling stress, the singer suffered a nervous breakdown that ultimately led to Say Anything's cancellation of two tours in 2005, including an opening slot with one of the band's idols, Saves the Day. Despite the setback, the band signed with J Records that same year and reissued ...Is a Real Boy in February 2006. The re-release boasted two discs, pairing the original record with a bonus EP containing demos, re-recordings of previous songs, and sessions from a never-released AIDS benefit record. A national headlining tour followed the reissue, and the single "Alive with the Glory of Love" found some success on radio and the MTV networks. Momentum continued to build as the band toured into 2007, eventually pairing with Saves the Day for a second attempt at touring. The effort was successful this time around, and Say Anything released a two-disc concept album, In Defense of the Genre, that October.

Bemis announced plans to record a new album in early 2008, and the resulting record (a self-titled effort) arrived in late 2009, several months after Bemis and Saves the Day's Chris Conley released an album by their side project, Two Tongues. The singer returned to Say Anything in 2012 with the release of the band's fifth album, the edgy and biting Anarchy, My Dear. In 2014, Bemis opted to take an unflinching look at himself on Hebrews, an album that found the band ditching the driving guitars for dramatic string arrangements. After a couple years of silence, at the stroke of midnight on February 4, 2016, Bemis announced a surprise new album titled I Don't Think It Is, which was released a day later. August 2018 saw him post a highly personal nine-page letter to fans delivering the news that Say Anything's next release would likely be their last. Billed as a sequel to 2004's ...Is a Real Boy, the resulting Oliver Appropriate was issued in January 2019. ~ Corey Apar & Andrew Leahey, Rovi 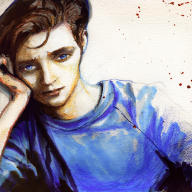 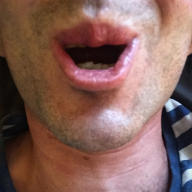 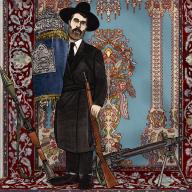 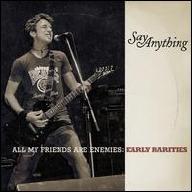 All My Friends Are Enemies: Early Rarities
2013 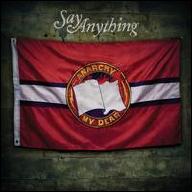 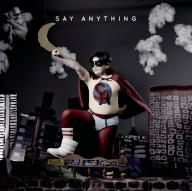 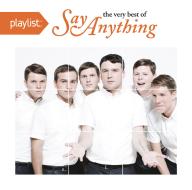 Playlist: The Very Best of Say Anything
2011
Videos
Close 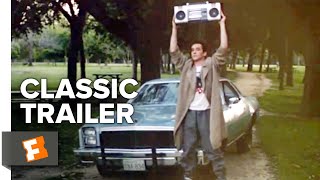 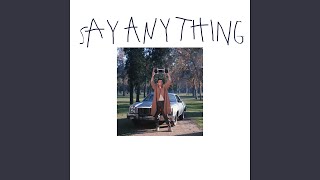 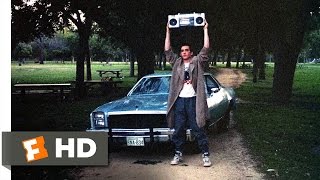 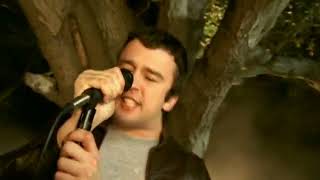 Say Anything - Alive With The Glory Of Love (MUSIC VIDEO) 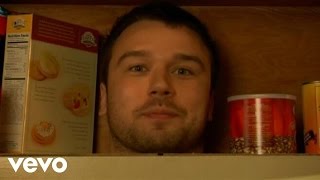 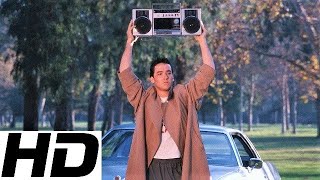 Say Anything • In Your Eyes • Peter Gabriel 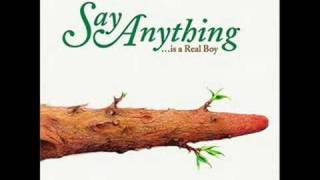 Say Anything - Alive With The Glory Of Love
Available here: