Close
Dinosaur Jr.
from Amherst, MA
formed January 1, 1983 (age 39)
Biography
Dinosaur Jr. were largely responsible for returning lead guitar to indie rock and, along with their peers the Pixies, they injected late-'80s alternative rock with monumental levels of pure guitar noise. As the group's career progressed, they broke into three distinctive acts: the indie years of the original trio, a '90s spent on major labels where the band was mostly a solo vehicle for J Mascis' songwriting and guitar wizardry, and a surprisingly strong reunion of the original lineup beginning in 2006. Each phase produced distinctively monumental work, from the noisy squall of 1987's SST-released You're Living All Over Me to the insular slacker rock of 1991's Green Mind to the distortion-drenched pop of 2009's Farm.

Mascis (born Joseph D. Mascis; guitar, vocal) formed Dinosaur Jr. in Amherst, Massachusetts after his hardcore punk band Deep Wound broke up in 1984. Hooking up with fellow high school student Lou Barlow (bass), Mascis initially played drums in Dinosaur, but shortly afterward, former All White Jury drummer Murph (born Emmett Patrick Murphy) joined the group and Mascis moved to guitar. Over the next year the group developed a local following, and in 1985 the trio released its debut album, Dinosaur, on the Homestead label. The record and the group's crushingly loud concerts developed a cult following over the next year. By the end of 1986, a hippie rock group called Dinosaur -- featuring former members of Jefferson Airplane and Country Joe the Fish -- sued the band, which changed its name to Dinosaur Jr.

In 1987, Dinosaur Jr. signed to Black Flag's indie label SST and released You're Living All Over Me, which became an underground sensation, with groups like Sonic Youth championing Mascis' wild, feedback-heavy guitar. Early in 1988 they released the seminal single "Freak Scene," a song that captured the feeling and tone of the emerging American post-punk underground. "Freak Scene" became a college radio hit, and it led the way for their acclaimed 1988 album, Bug. Although the band's popularity continued to grow, tensions were developing between Mascis and Barlow, who rarely talked to each other. In 1989, Mascis told Barlow that the group was breaking up; the following day, he "re-formed" Dinosaur Jr. without Barlow, who went on to form Sebadoh.

Without Barlow, Dinosaur Jr. relied on a rotating array of guest bassists, including Don Fleming and the Screaming Trees' Van Connor. In 1989, the group had an underground hit with its non-LP cover of the Cure's "Just Like Heaven." The following year, they signed with Sire Records. After "Just Like Heaven," Mascis remained quiet for several years as he produced acts like Buffalo Tom and collaborated with friends like Sonic Youth and Fleming's Velvet Monkeys. Green Mind, Dinosaur's 1991 major-label debut, was recorded almost entirely alone by Mascis, and its varied, eclectic sound was received poorly in many alternative rock circles. Before the Green Mind tour, former Snakepit member Mike Johnson became the group's full-time bassist. On the subsequent tour, Dinosaur Jr. were supported by Nirvana, whose success with Nevermind soon overshadowed Dinosaur's.

Instead of capitalizing on the commercial breakthrough of alternative rock, Dinosaur released an EP, Whatever's Cool with Me, in early 1992 and disappeared to record their next album. Released early in 1993, Where You Been benefited greatly from the commercial breakthrough of alternative rock, and many of the articles surrounding the album's release hailed Mascis as an alternative godfather. It became the first Dinosaur album to chart, peaking at number 50, and it generated the modern rock hit "Start Choppin." That summer, the group played on the third Lollapalooza tour. Mascis recorded the band's next album without Murph, who unceremoniously left the band; he later joined the Lemonheads. Dinosaur Jr. released Without a Sound in 1994 to mixed reviews, but the album was a moderate hit, thanks to the MTV and modern rock hit "Feel the Pain." In the fall of 1995, Mascis launched his first solo acoustic tour, which was captured on his first official solo album, Martin Me, released in the spring of 1996.

After contributing several Brian Wilson-styled songs to Alison Anders' 1996 film Grace of My Heart -- he also made an appearance in the movie -- Mascis completed Dinosaur's next album on his own, leaving Johnson to his solo career. Upon its spring 1997 release, Hand It Over was hailed as Mascis' best album in years, although it failed to generate a significant hit. By the late '90s, Mascis decided to break up Dinosaur Jr. and launch a solo career, resulting in the release of More Light in 2000 (under the name of J Mascis + the Fog, a group that also featured former Minutemen bassist Mike Watt). The new group's ensuing tour was cut short in June of 2001, however, when its tour bus was involved in a serious accident in Sweden, resulting in Mascis cracking two vertebrae. In the wake of their breakup, a pair of postmortem Dinosaur Jr. collections saw the light of day in the early 21st century: 2000's live-in-the-studio BBC Sessions and 2001's Ear-Bleeding Country: The Best Of. In addition, the history of Dinosaur Jr.'s original lineup was documented in Michael Azerrad's excellent 2001 book of '80s alt-rock pioneers, Our Band Could Be Your Life.

In 2005 Dinosaur Jr.'s first three albums were reissued on Merge, and Mascis announced that the original band would be reuniting for a short tour. A year later, Green Mind and Where You Been were reissued by Sire with bonus tracks, while Rhino released J Mascis Live at CBGB's, a recording of an acoustic gig from 1993. To coincide with the 2006 reissues, the reunited band began a worldwide tour and announced plans to work on material for a new album, which surfaced in 2007 in the form of Beyond. The reunion stuck, and the original lineup of Dinosaur Jr. eventually released Farm in 2009, followed by I Bet on Sky in 2012. The members of Dinosaur Jr. spent the next four years pursuing solo projects -- J Mascis released Tied to a Star in 2014, Lou Barlow released Brace the Wave in 2015 -- and the group then returned in the summer of 2016 with Give a Glimpse of What Yer Not. The band's third phase outlasted the first two, with the reunited Dinosaur Jr. establishing consistent cycles of touring and recording. The band began work on twelfth studio album Sweep It Into Space in 2019, but both recording and release plans were complicated by the COVID-19 pandemic. The album featured contributions from Kurt Vile in the form of production input and auxiliary instrumental performances. Sweep It Into Space was released in April of 2021. ~ Stephen Thomas Erlewine & Greg Prato, Rovi 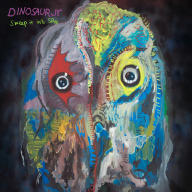 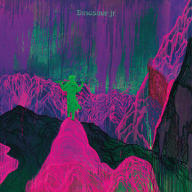 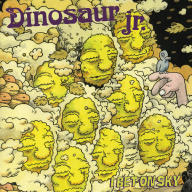 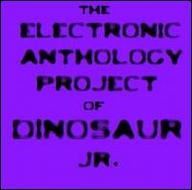 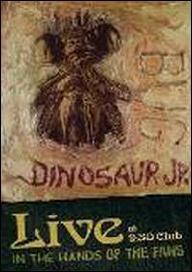 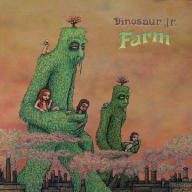 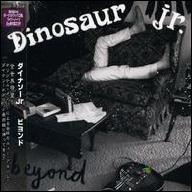 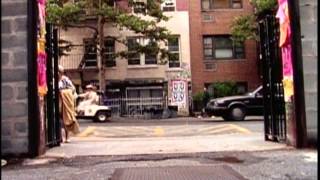 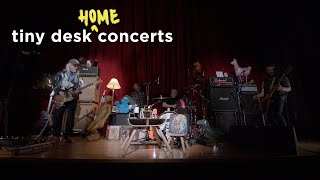 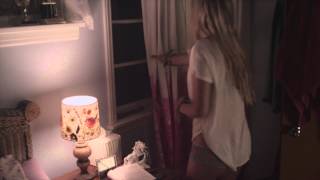 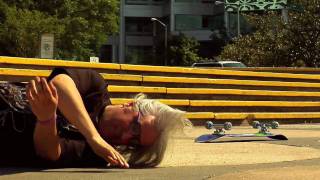 Dinosaur Jr - Over It 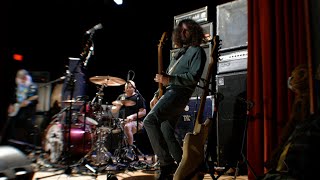 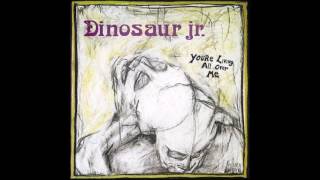 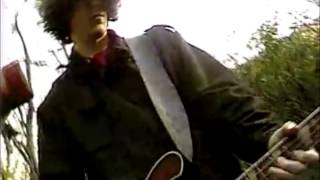