Close
Nancy Wilson
from San Francisco, CA
March 16, 1954 (age 68)
Biography
Best known as the longtime lead guitarist and co-vocalist for Heart, Nancy Wilson and her sister Ann initially found success in the mid-'70s with guitar-heavy radio hits like "Magic Man" and "Barracuda," only to reach greater heights with a major pop comeback the following decade. Their eponymous eighth album, 1985's Heart, reached quintuple platinum status with more-mainstream fare such as "Alone," "What About Love?," and "These Dreams," the latter of which scored the band their first number one single. Heart managed to land Top Ten albums in four different decades, despite taking a break in the late '90s to pursue other interests -- the Wilsons released a pair of roots-oriented LPs under the moniker Lovemongers in 1997 and 1998. After resuming Heart in 2004 with Jupiters Darling, Nancy Wilson released a score for her then-husband Cameron Crowe's 2005 film, Elizabethtown. She followed it with an instrumental children's album (2009's Baby Guitars) before landing a seventh Top Ten hit with Heart's Red Velvet Car in 2010. As Heart continued to release periodic albums, Nancy recorded 2016's Undercover Guitar with Julie Bergman before issuing her first proper solo album, 2021's You and Me. Showcasing her strong, raspy voice on a set of reflective pop/rock, it reached the Top Ten of Billboard's Heatseekers Albums chart.

The youngest of three daughters of a Marine Corps captain, Nancy Lamoureaux Wilson was born March 16, 1954 in San Francisco. The family spent time in both Southern California and Taiwan before settling in Bellevue, Washington in suburban Seattle. Showing an interest in folk and pop music, Nancy was nine years old when she and her sister Ann saw the Beatles perform on The Ed Sullivan Show, an event they both later cited as an inspiration. While Ann never had any formal music lessons as a child (she later learned to play several instruments), Nancy took up guitar and flute. After some time at university, they decided to try their hand as professional musicians; Nancy began performing as a folksinger, and Ann joined the vocal group Heart.

Initially dubbed the Army, bassist Steve Fossen and brothers Roger Fisher and Mike Fisher later became White Heart before settling on simply Heart early in the '70s. After her arrival in the group in 1972, Ann became romantically involved with guitarist Mike Fisher. When Nancy joined in 1974, she in turn began a relationship with guitarist Roger Fisher. Soon after Nancy arrived, Mike Fisher retired from active performing to become the band's sound engineer. After gaining a following in Vancouver, Heart were approached by Shelly Siegel, the owner of the Canadian label Mushroom, and, augmented by keyboardist Howard Leese and drummer Michael DeRosier, they recorded their debut album, Dreamboat Annie, in 1975.

After selling more than 30,000 copies north of the border, Mushroom issued Dreamboat Annie in the U.S., where it quickly achieved platinum status on the strength of the hit singles "Magic Man" and "Crazy on You." In 1977, Heart moved to CBS affiliate Portrait, resulting in a protracted legal battle with Siegel, who released the unfinished album Magazine on Mushroom weeks before the band issued its true follow-up, Little Queen, on Portrait. The single "Barracuda" was another massive hit, and, like its predecessor, Little Queen went platinum.

After 1978's Dog Butterfly, both of the Wilson/Fisher romances ended, and Roger Fisher left the group. The remaining members of Heart issued Bebe le Strange in early 1980. Following a lengthy U.S. tour, both Fossen and DeRosier exited and were replaced by ex-Spirit and Firefall bassist Mark Andes and former Gamma drummer Denny Carmassi. Their next two long-players, 1982's Private Audition and 1983's Passionworks, were their first to chart outside the Top 20, and the group moved to Capitol Records.

Their Capitol debut, 1985's Heart, went all the way to number one on the Billboard 200 and spawned four Top Ten hits: "What About Love?," "Never," the chart-topping "These Dreams," and "Nothin' at All." Arriving in 1987, Bad Animals continued their comeback success; "Alone" was another number one hit, and both "Who Will You Run To" and "There's the Girl" achieved considerable airplay as well. Brigade, issued in 1990, featured the number two smash "All I Want to Do Is Make Love to You" as well as the Top 25 hits "I Didn't Want to Need You" and "Stranded." In the early '90s, the Wilson sisters took a brief hiatus from Heart to form Lovemongers, an acoustic quartet fleshed out by Sue Ennis and Frank Cox. In 1992, they released a four-song EP that included a cover of Led Zeppelin's "The Battle of Evermore." Heart returned in 1993 with Desire Walks On, on which Andes and Carmassi were replaced with bassist Fernando Saunders and drummer Denny Fongheiser. It included the band's final of 20 career Top 40 singles, "Will You Be There (In the Morning)." With 1995's The Road Home, Heart enlisted onetime Zeppelin bassist John Paul Jones to produce a live acoustic set, reprising hits like "Dreamboat Annie," "Crazy on You," and "Barracuda."

Heart were back on hiatus by the late '90s, as the Wilson sisters concentrated on Lovemongers, issuing a pair of albums: 1997's Whirlygig and 1998's Here Is Christmas. Meanwhile, Heart were the subject of an episode of VH1's Behind the Music, a pair of best-of sets were issued (1998's Greatest Hits covered their early classics, while their later years were spotlighted on 2000's Greatest Hits: 1985-1995), and their music continued to pop up in movie soundtracks (2000's The Virgin Suicides, among others). In 1999, Nancy released Live at McCabe's Guitar Shop, and a year later she contributed to husband Cameron Crowe's hit film Almost Famous, composing the score, producing the original songs, and coaching actors to play musicians.

Heart returned to active recording for Jupiters Darling, released on Sovereign Artists in 2004. It was their first studio album in 11 years. Nancy Wilson's score for Crowe's Elizabethtown appeared in theaters in late 2005. Recorded in Los Angeles, the Heart album Dreamboat Annie: Live followed in 2007, and Nancy released a set of acoustic instrumentals for babies to fall asleep to titled Baby Guitars in 2009. Crowe and Wilson divorced in 2010. Back with Heart, that year's Red Velvet Car featured all-original material for Sony Legacy. It catapulted the band back into the Top Ten of the U.S. album chart for the first time since Brigade 20 years earlier. That success encouraged them to pick up the pace, and after Nancy wed TV music producer Geoff Bywater in April, Legacy released the retrospective box set Strange Euphoria in June 2012. The Wilson sisters delivered the memoir Kicking and Dreaming: A Story of Heart, Soul, and Rock & Roll and another Heart studio album, Fanatic, before the end of the year. Featuring a duet with Sarah McLachlan ("Walking Good"), it rose to number 24 on the Billboard 200. Heart were inducted into the Rock and Roll Hall of Fame in 2013, and Capitol released the compilation Icon.

A seasonal album by Heart, Home for the Holidays, eventually followed in 2014. The Wilson sisters then worked with a host of collaborators, including Metallica's James Hetfield, on 2016's Beautiful Broken. Issued on Concord, it combined original songs and re-recordings of tracks that originally appeared on albums between 1980 and 1984. Also during 2016, they released Live at the Royal Albert Hall with the Royal Philharmonic Orchestra, and Nancy collaborated with Julie Bergman on three tracks for the album Undercover Guitar. Early in 2017, Nancy Wilson released a single, "Get Loud," with former Prince associate Liv Warfield and then-Heart bandmates Ryan Waters (guitar), Chris Joyner (keys), Dan Rothchild (bass), and Ben Smith (drums) under the band moniker Roadcase Royale. The album First Things First followed on Loud-N-Proud Records later in the year.

In March 2021, Wilson delivered her first proper solo album, You and Me (Carry On Music). Alongside original songs, You and Me included covers of Simon Garfunkel, Bruce Springsteen, the Cranberries, and Pearl Jam. Also featuring appearances by longtime collaborator Sue Ennis and members of Guns N' Roses and Foo Fighters, it debuted at number nine on the Billboard Heatseekers Albums chart. ~ Marcy Donelson & Jason Ankeny, Rovi 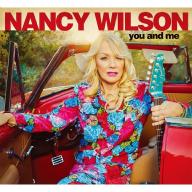 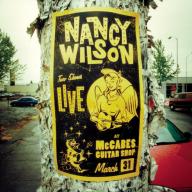 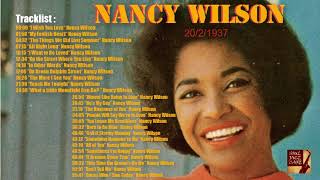 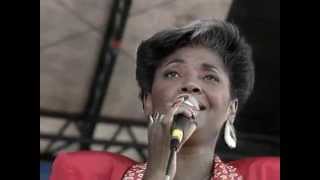 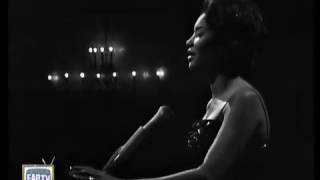 Nancy Wilson The Very Thought Of You 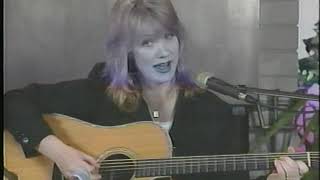 Nancy Wilson demonstrates the intro to Crazy On You 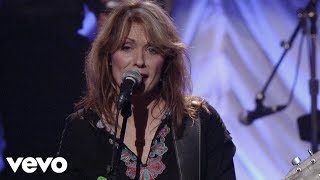 Heart - These Dreams (Live In Seattle) 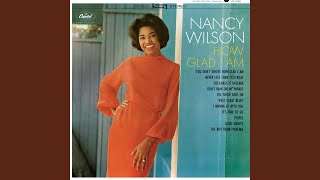 [You Don't Know] How Glad I Am 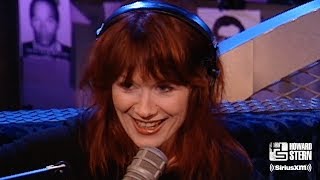