Close
Byron Berline
from Caldwell, KS
July 6, 1944 - July 10, 2021 (age 77)
Biography
Like his contemporary Vassar Clements, fiddler Byron Berline expanded the sonic possibilities of bluegrass, adding elements of jazz, pop, blues, rock, and traditional country to the genre. In addition to being a popular solo act, he performed as a session musician on a number of albums, including records by the Flying Burrito Brothers, Stephen Stills, the Dillards, Emmylou Harris, and James Taylor.

Berline learned to play from his father, an old-time fiddler. After graduating from high school, he attended the University of Oklahoma, where he played music with a campus folk group. In 1963, the Dillards played a concert on the University of Oklahoma campus. A friend of Berline's arranged an audition for him with Doug Dillard, who was so impressed he invited the young fiddler to join them for a number. Berline then joined the Cleveland Country Ramblers, and in 1964, he appeared on the Dillards' Pickin' and Fiddlin' and won the National Fiddle Championship in Missoula, Missouri. He played the Newport Folk Festival in 1965, where he met Bill Monroe, who told Berline that he wanted him to join the Blue Grass Boys. In 1967, he graduated with a B.A. in education, but chose to join Monroe; his first appearance with the band was a show at the Grand Ole Opry. Six months after he joined the Blue Grass Boys, he was drafted into the Army.

Just before Berline was discharged in 1969, he was invited to join the Dillard Clark Expedition. He remained with them until 1971, when the group disbanded. While with them, he played sessions for a number of other artists, including the Flying Burrito Brothers' debut album, The Gilded Palace of Sin. Following the breakup of Dillard Clark, Berline played with the Dillard Expedition. In 1970, he scored the ABC television movie Run Simon Run, the first of many films he would score. In 1971, he toured with a revamped version of the Flying Burrito Brothers. Following the tour, Berline and fellow Burritos Roger Bush and Kenny Wertz formed the Country Gazette. During this time, he also continued with his session work, appearing on albums by Gram Parsons, Bert Jansch, Ian Matthews Southern Comfort, and Bill Wyman.

In 1975, Berline left Country Gazette and moved to Los Angeles with his family, where he intended to concentrate on songwriting, session work, and scoring films. Later that year, he founded Sundance with Dan Crary, Jack Skinner, John Hickman, Allen Wald, and Skip Conover; the following year, Vince Gill and Mark Cohen joined the band. Sundance recorded one eponymous album in 1976 before disbanding. In the late '70s, Berline recruited Crary and Hickman for a tour of Japan. Afterward, the trio recorded three albums for Sugar Hill; concurrently, Berline also founded the L.A. Fiddle Band.

In 1980, Berline founded the production company BCH with Crary and Hickman, and released a solo album, Outrageous, on Flying Fish. In 1981, the L.A. Fiddle Band released an eponymous solo album for Sugar Hill. Berline worked on Chris Hillman's 1984 album Desert Rose and also on an album of duets with fiddler Hickman in 1986. Two years later, Berline, Crary, and Hickman changed the name of their trio to BCH and added bassist Steve Spurgin to their lineup. The new incarnation of BCH released Now They Are Four in 1988. The group added mandolinist/guitarist John Moore in 1990; following his addition, the bandmembers renamed themselves California, and released their first album, Traveler, in 1992. Berline also continued releasing his own efforts, including Fiddle a Song (1995) and Flatbroke Fiddler (2005). In the latter years, Berline owned and operated Byron’s Double Stop Fiddle Shop and Music Hall in Guthrie, Oklahoma, which not only sold a variety of stringed instruments but also served as an ongoing venue for Berline’s performing outfit, the Byron Berline Band, a group formed by the fiddler in 1996. Byron Berline died in Oklahoma City, Oklahoma due to complications from a stroke on July 10, 2021. He was 77 years old. ~ Sandra Brennan, Rovi 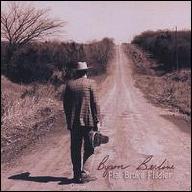 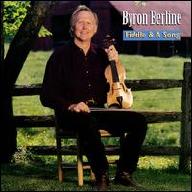 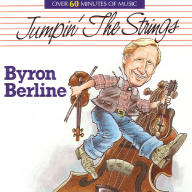 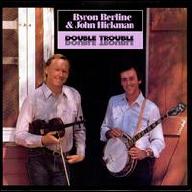 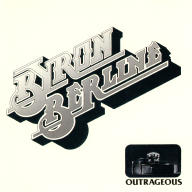 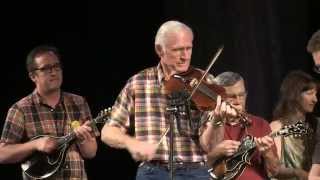 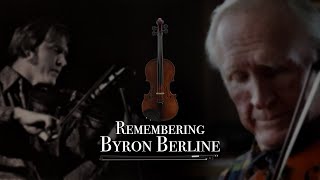 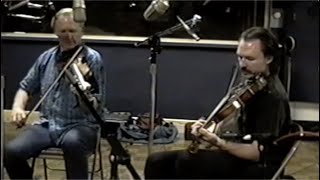 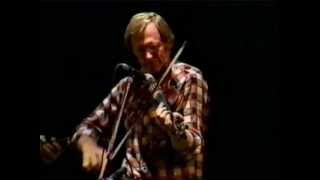 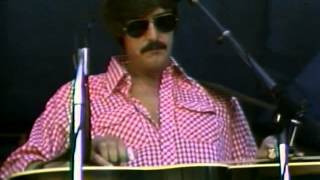 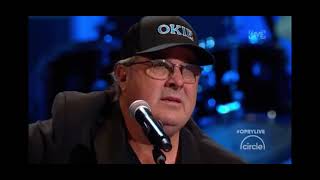 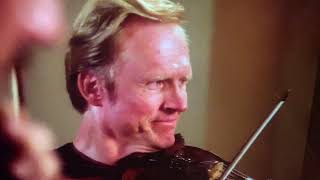