Close
Adam Clayton
from Chinnor, Oxfordshire, England
March 13, 1960 (age 62)
Biography
Adam Clayton is known to multiple generations as the bass player for world-renowned rock band U2, which showcases his driving, hard rock style marked by melodic flair. Though his career has been defined by his decades-long association with the band, he also found the U.K. and U.S. Top Ten in the mid-'90s with his cover of the theme to Mission: Impossible with bandmate Larry Mullen, Jr.

Clayton was born in Chinnor, Oxfordshire, England, though his pilot father briefly moved the family to Nairobi before settling down in Malahide, Ireland when Adam was five years old. Early exposure to classical music led to piano lessons before he took up the guitar, occasionally playing music with neighborhood family the Evans, who included young David Evans, later known as the Edge. After moving away to boarding school, Clayton invested in his first guitar at age 15 upon learning that Eric Clapton didn't begin playing until around that age. He switched to bass after starting a band with a guitarist friend. A year later, in 1976, he would audition for the band that would become U2 (then called Feedback) in drummer Larry Mullen, Jr.'s kitchen. With the lineup of lead vocalist Bono, guitarist the Edge, Mullen, and Clayton, the group's first album, Boy, was released in 1980. They found international superstardom with the release of subsequent albums such as The Joshua Tree and Achtung Baby. Previously untrained, as part of his regrouping after the band's massive, multimedia Zoo TV stadium tour wrapped up in 1993, Clayton set course for New York City and took formal bass lessons. His success with the band has continued well into the next century.

Outside of U2, Clayton contributed to albums by artists including Robbie Robertson (1987 self-titled), U2 producer Daniel Lanois (1989's Acadie), Sharon Shannon (1993 self-titled), Nanci Griffith (1994's Flyer), and Little Steven the Disciples of Soul (1999's Born Again Savage). In the mid-'90s, Clayton had a hit under his own name with his contribution to the soundtrack for the 1996 Tom Cruise film-franchise opener Mission: Impossible. The single Theme from Mission: Impossible by Clayton and Mullen, a version of the well-known theme by Lalo Schifrin from the '60s TV series upon which the film was based, hit the Top Ten of the U.K. and U.S. singles charts and was certified gold in the U.S.

As the bassist continued to release albums and tour the world with his chart-topping band, in 2011 legendary guitar makers Fender produced a limited-edition signature Precision Bass designed to his specifications, and in 2013 Clayton married lawyer and art gallery director Mariana Teixeira de Carvalho. ~ Marcy Donelson, Rovi 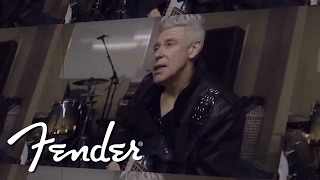 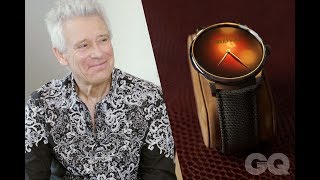 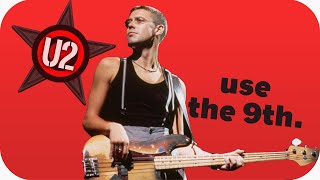 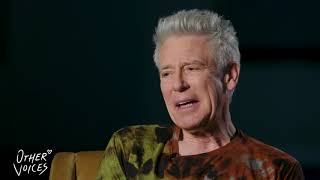 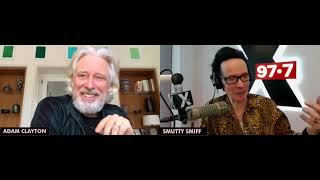 Adam Clayton and Larry Mullen Jr U2 in the studio 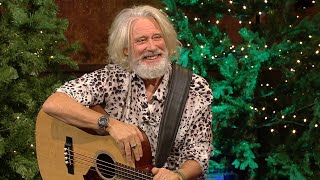 Adam Clayton and Sharon Shannon on how they met | The Late Late Show | RTÉ One
Available here: