Close
Femi Kuti
from London, England
June 16, 1962 (age 60)
Biography
Nigerian Afrobeat musician Femi Kuti (born Olufela Olufemi Anikulapo Kuti) is a saxophonist, composer, bandleader, and activist. The eldest son of Afrobeat legend Fela Anikulapo-Kuti, he has expanded the genre's reach to embrace elements of punk, electro, and hip-hop. After years spent playing in his father's band, Femi and his band Positive Force released their debut album, No Cause for Alarm, in 1989. In 1995 he issued an eponymously titled effort for Motown's Tabu label. After Fela's death in 1997, Femi emerged as Afrobeat's heir apparent. He recorded Shoki Shoki the following year and it is widely considered his classic. He re-opened his father's nightclub as The New Afrika Shrine in 2000, and subsequently released Fight to Win. 2008's Day by Day, 2010's double-length Africa for Africa, and 2013's No Place for My Dream all received Grammy nominations. He returned with One People One World in 2018, which made the international charts. In February 2021, Partisan Records, home to Fela's catalog, simultaneously released Femi's manifesto, Stop the Hate with his musician son Made Kuti's For(e)ward in a single package titled Legacy +.

Born in London in 1962 to Fela and Remilekun (Remi) Ransome-Kuti but raised in Lagos, Nigeria, his parents split when he was still a toddler and his mother took Femi to live with her. In 1977 at age 15, he chose to live with his father. That same year he began to play the saxophone. He studied at Baptist Academy and Igbobi College, and eventually joined Fela's Egypt 80. In 1984, Femi got his first taste as a bandleader: Before leaving for a U.S. tour with Egypt 80, Fela was arrested by the military at the Lagos airport. He asked Femi to take over as frontman so concerts wouldn't have to be canceled. The younger man assumed the mantle and played a series of enthusiastically well-received gigs across the U.S. The tour's highlight was an electrifying performance at the Hollywood Bowl with a 40-piece version of Egypt 80.

In 1986, Femi formed the band Positive Force (to the intense consternation of his father and causing a fallout between them for a number of years). Femi pursued his own career not only as a musician, but as an activist. His band's sound departed from Afrobeat's jam-oriented, jazz-inflected approach, offering tightened grooves, faster tempos, edited solos, and the addition of synths and drum programming. In 1988, Femi was invited by the French Cultural Centre in Lagos to perform at France's Festival d'Angoulême, The New Morning Club in Paris, and the Moers Festival in Germany. Upon return, and with a legion of new fans at the ready, Femi and Positive Force issued No Cause for Alarm, their Polygram debut, in 1989. Its raw meld of funk, soul-jazz, driving polyrhythmic percussion, and savvy yet bleating horns accompanied lyrics filled with sharp social critiques and political commentary. The set earned airplay across Africa, Europe, and Asia.

The band recorded their sophomore effort while on tour in France. They entered Studio Davout in Paris in July of 1990 and emerged with M.Y.O.B. ten days later. The album was issued in 1991 by Kalakuta Records in Lagos and the Melodie label in Europe. In 1995, after reconciling with an ailing Fela, Femi signed to Motown's Tabu imprint and released a self-titled effort. Unfortunately, Motown shut down the label shortly thereafter and terminated Femi's contract.

Fela died due to complications from AIDS in 1997 and his sister Sola soon died after an intense battle with cancer. Femi was quite suddenly the subject of immense attention. He had signed with MCA -- which was already re-releasing his father's catalog -- and was in the process of cutting demos for his label debut with producer Sodi (Sodi Marciszewer). After taking some time off to grieve, Femi and Positive Force issued Shoki Shoki to global acclaim in 1999. It reached the charts at home, in Europe, and Asia, and got a U.S. release. His subsequent world tour sold out everywhere.

In 2000 Femi re-opened Fela's nightclub The Shrine. It had been closed and torched by government officials in 1977. Called The New Afrika Shrine and managed with his sister, singer and dancer Yeni Anikulapo-Kuti, it became a destination for touring artists as well as a showcase for a new generation of African musicians. It also hosts the annual Felabration Festival.

Femi was a longtime fan of hip-hop. For years he sought a way to align himself with its sizable audience. In 2001 he released Fight to Win, that featured collaborations with American rappers Jaguar Wright, Mos Def and Common. It peaked at number ten on the World Music album charts.

In 2002, Femi covered his father's classic, "Water No Get Enemy" for Red Hot Riot. The compilation was released as a tribute to Fela by the Red Hot Organization and MCA. Femi enlisted American artists D'Angelo, Macy Gray, the Soultronics, Nile Rodgers, and Roy Hargrove as collaborators. All proceeds from the tribute album were donated to charities dedicated to raising AIDS awareness and/or fighting the disease. In 2004, Femi's Live at the Shrine was issued as an audio and video documentary package. Between 2001 and late 2007, Femi Kuti performed with Positive Force at The New Afrika Shrine and toured the globe.

In 2008 Femi's voice was used in a video game (Grand Theft Auto IV) as the host of imaginary radio station IF 99 (International Funk 99). That year also saw the release of his first studio effort in seven years. Titled Day by Day, it made the upper rungs of the European charts, and sold well in America and Asia, proving a breakthrough for his unique style. The set was nominated for a Grammy award in America.

2011's Africa for Africa offered a mix of new and re-recorded material. It sold better than its predecessor and received a Grammy nomination. The following year Femi was inducted into the Headies Hall of Fame (the most prestigious music awards show in Nigeria), and toured with the Red Hot Chili Peppers in Europe. He also became an Ambassador for Amnesty International. 2013's No Place for My Dream registered high praise from DJs internationally and their tour was sold-out. The album was Femi's third to receive a Grammy nod.

On May 15, 2017, Kuti broke the Guinness world record for a single held note on a saxophone -- 51 minutes and 35 seconds -- via the technique of circular breathing (cycling the breath in and out simultaneously). In November, Kuti announced the forthcoming release of his tenth album, One People One World, and issued its title track as a video single. It showcased footage of him playing live at The Shrine, the memorial created for his father. He followed it in late January of 2018 with a second single, "Na Their Way Be That." The full-length One People One World, recorded mainly in Lagos with his longstanding band Positive Force, was issued by Knitting Factory in February 2018. Three years later to the month, Partisan Records, home to Fela's large catalog, released Legacy +. The package included two albums: Femi's Stop the Hate, and his son Made Kuti's For(e)ward. An accomplished multi-instrumentalist and a member of Positive Force for decades, Made played everything on his recording. ~ Thom Jurek & Jason Birchmeier, Rovi 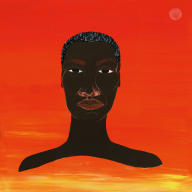 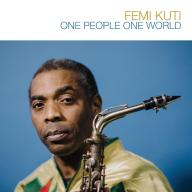 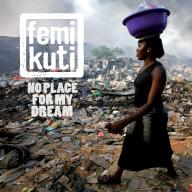 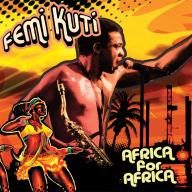 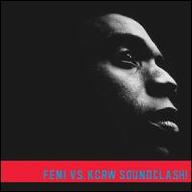 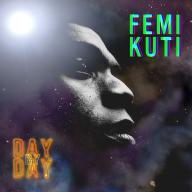 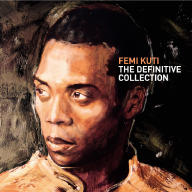 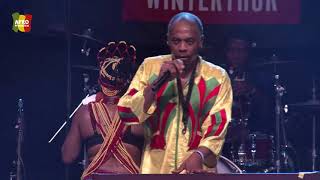 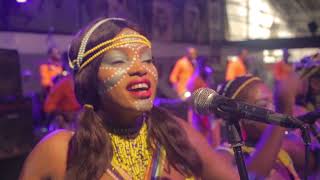 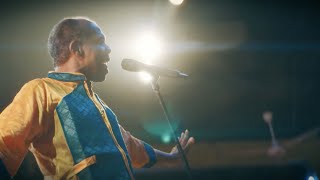 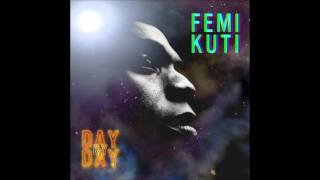 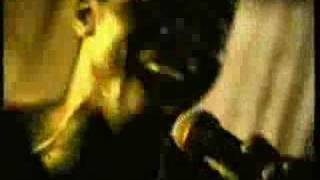 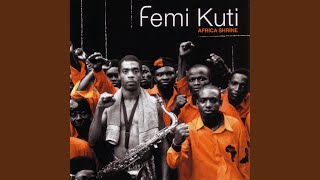 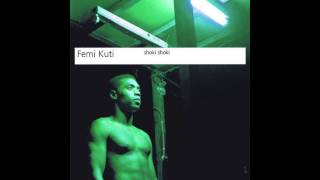