Close
Roy Hargrove
from Waco, TX
October 16, 1969 - November 2, 2018 (age 49)
Biography
With his bold tone, swaggering solos, and deep grasp of the jazz tradition, trumpeter Roy Hargrove emerged as one of the most influential and immediately recognizable jazz musicians of his generation. Building upon the influence of players like Clifford Brown, Freddie Hubbard, and his mentor Wynton Marsalis, Hargrove turned heads in the late 1980s and early '90s with his hard-swinging take on acoustic bop, as showcased on albums like 1990's Public Eye and 1995's Family. He earned accolades, taking home a Grammy Award for his ambitious Afro-Cuban album Habana, and playing alongside veteran legends like Sonny Rollins, Shirley Horn, Jimmy Smith, and others. While never eschewing his jazz roots, he branched out, forming his funk and hip-hop outfit the RH Factor, and collaborating on a wide-ranging mix of projects with artists like D'Angelo, Common, John Mayer, Erykah Badu, and the 1975. Prior to his too-early death in 2018 at age 49, Hargrove released a series of highly regarded acoustic albums, including the 2008 quintet date Earfood and the 2009 big-band album Emergence. In 2021, he posthumously reached the Top Five of the jazz albums chart with In Harmony, a duo album with pianist Mulgrew Miller.

Hargrove was born in 1969 in Waco, Texas, and moved with his family to Dallas when he was nine years old. There, his father bought him a pawnshop cornet. By his teens, Hargrove was already a firebrand trumpeter, competently drawing upon the tradition of players like Clifford Brown, Fats Navarro, Freddie Hubbard, and Miles Davis. At age 17, he caught the attention of Wynton Marsalis, who was visiting his school to hold a music clinic. Marsalis began mentoring Hargrove, having him sit in with his band and introducing him to the wider jazz community. Soon, the young trumpeter was performing alongside other luminaries, including Bobby Watson, Ricky Ford, Carl Allen, and the group Superblue. Hargrove also spent a year at Boston's Berklee College of Music before leaving school and moving to New York City.

In 1990, the then 20-year-old Hargrove made his solo debut with Diamond in the Rough for Novus. A fiery mix of originals and standards, the album showcased the trumpeter's chemistry with both younger and veteran players alike, including pianists Geoffrey Keezer and John Hicks, saxophonists Antonio Hart and Ralph Moore, and drummers Ralph Peterson, Jr. and Al Foster. Around the same time, he also joined saxophonist Sonny Rollins for a high-profile concert at New York's Carnegie Hall. A bevy of equally engaging albums followed for Novus, including 1990's Public Eye, 1992's The Vibe, and 1993's Of Kindred Souls, all of which hit the Top Ten of the jazz charts.

By 1994, Hargrove was regularly landing on the top of critics' and readers' polls in jazz magazines, his popularity buoyed by his extensive touring and penchant for hitting late-night jam sessions. He signed with Verve and released With the Tenors of Our Time, which found him performing alongside such master saxophonists as Joe Henderson, Johnny Griffin, and Branford Marsalis. The album also showcased his group at the time with saxophonist Ron Blake, pianist Stephen Scott, bassist Rodney Whitaker, and drummer Gregory Hutchinson. The same ensemble returned the following year with Family, which also featured a guest appearance by Wynton Marsalis. That same year, Hargrove paired down to a trio with pianist Scott and bassist Christian McBride for Parker's Mood, interpreting many of saxophonist Charlie Parker's best-known bebop tunes.

Following a trip to Havana, Cuba, Hargrove formed a ten-piece American and Cuban ensemble called Crisol, with whom he recorded 1997's Afro-Cuban-influenced Habana. A critical success, the album took home the Grammy Award for Best Latin Jazz Album. A year later, he delivered another ambitious release with the orchestral ballads album Moment to Moment. Hargrove stayed active into the 2000s, touring with Herbie Hancock in a Miles Davis tribute group that also featured saxophonist Michael Brecker, bassist John Patitucci, and drummer Brian Blade. In 2003, they took home the Grammy for Best Jazz Album, Instrumental or Group for their concert recording Directions in Music: Live at Massey Hall.

Always creatively restless, Hargrove continued to branch out into other styles in the 2000s, bringing his chops to projects by artists beyond the jazz idiom. He recorded with rapper Common, and supplied horn arrangements for neo-soul and hip-hop artists like D'Angelo and Erykah Badu, latter of whom he had gone to school with in Dallas. There were also sessions with John Mayer, guitarist Danny Gatton, and singer Gladys Knight. In addition, he formed his own funk- and hip-hop-influenced group the RH Factor, debuting the cross-pollinated outfit with 2003's Hard Groove, which featured guest appearances by D'Angelo, Common, Meshell Ndegeocello, Q-Tip, and others. In between more straight-ahead jazz sessions, he would return to the ensemble, releasing 2004's Strength and 2006's Distractions -- vibrant productions that found him communing with soul, hip-hop, and gospel artists alike, including saxophonists David Fathead Newman and Karl Denson, keyboardists Bobby Sparks and Bernard Wright, bassist Pino Palladino, vocalist Renee Neufville, and others.

While soul and hip-hop would continue to inform his music, Hargrove remained just as devoted to the jazz tradition. He toured regularly, often leading his acoustic quintet, a group he showcased on 2006's Nothing Serious, mixing his own compositions alongside those by his bandmates, as well as finely curated standards. In 2008, he released his second quintet album, Earfood, which featured pianist Gerald Clayton, bassist Danton Boller, drummer Montez Coleman, and saxophonist Justin Robinson. Included on the set was the Hargrove original "Strasbourg St. Denis," a funky, instrumental soul jam that would become one of his signature tunes. He returned the following year leading a 19-member big band on Emergence, which also found him singing (something he had done more frequently in the 2000s). It was also during this period that young pianist Jon Batiste toured with the group before moving on to his own storied career.

While Hargrove's output slowed in the 2010s, due in part to his issues with kidney disease and ongoing dialysis, he remained vital, touring regularly and appearing on albums with Christian McBride, Roy Haynes, Theo Croker, and the 1975. Sadly, Hargrove died in November 2018 at age 49 from cardiac arrest associated with his kidney disease. In 2021, he posthumously returned to the Top Five of the jazz charts with Resonance Records archival album, In Harmony, which captured him in two duo concerts with pianist Mulgrew Miller from 2006 and 2007. ~ Matt Collar, Rovi 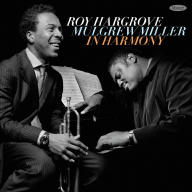 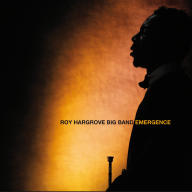 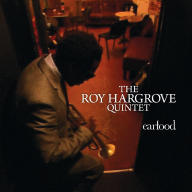 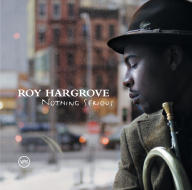 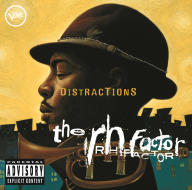 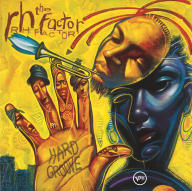 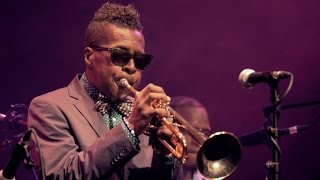 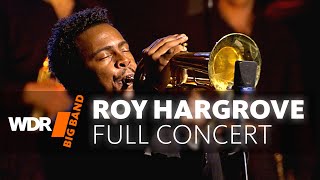 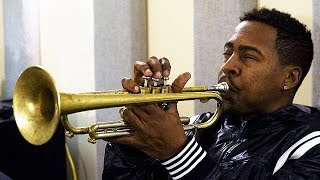 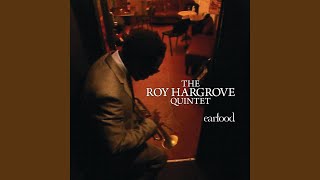 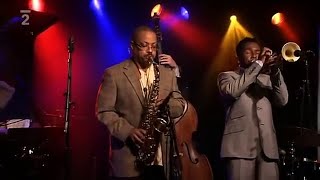 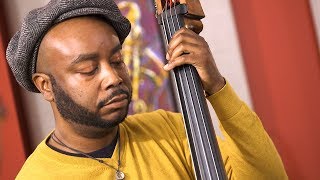 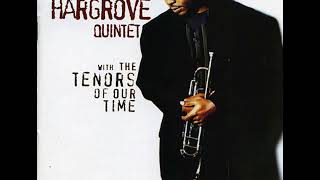