Close
The Babys
from London, England
formed January 1, 1976 - January 1, 1981 (age 5)
Biography
Straddling the late-'70's hard rock/new wave barrier and cranking out hits that ranged from orchestral ballads to slick pop/rock, the Babys' career was short but productive. Built around John Waite's vocals and the band's nimble sound, they started off as Free-inspired rockers with a sentimental streak, hitting first with ballads like "Isn't It Time" and "Every Time I Think of You." They became an AOR radio staple thanks to hooky, uptempo tracks like "Back on My Feet Again" and "Midnight Rendezvous" and their 1980 album Union Jacks proved to be their biggest seller. Thirty-plus years after breaking up, the band re-formed, without Waite, to release I'll Have Some of That in 2014.

The beginnings of the band date to a meeting in 1973 between guitarist Mike Corby and music impresario Adrian Millar, and was decided that the Corby would put together a band that Millar would manage. Auditions started in 1974 with drummer Tony Brock (who had played with numerous bands including Spontaneous Combustion) and second guitarist Gordon Hawtin making the grade. Bassist John Waite was next to sign on and when Hawtin left the group, Waite took over vocal duties as well. The group began working on a riff-heavy and hard-rocking sound that was influenced by groups like Free and Mott the Hoople. They recorded a ten-song demo with Millar at the helm, but it didn't garner them a recording contract. Corby left the band in 1976 and was replaced by Wally Stocker. His departure was short-lived though and he returned as the band's keyboardist in time to record a video performance of five new songs that was sent to labels as a demo. This novel approach worked and Chrysalis Records made the quartet a lucrative offer, which they happily accepted.

The group worked with producers Bob Ezrin and Brian Christian on their self-titled debut album, which combined heavy rockers with string-laden ballads. Lead single "If You've Got the Time" streamlined their sound in radio friendly fashion, but neither the song nor the album caught on with the record-buying public. The Babys were caught between the hard rock, punk, and pop sounds of the time and didn't really fit in anywhere, especially in the U.K. as a somewhat disastrous mini-tour with the Damned made clear. The album did strike a spark of interest in the U.S. and soon the Babys decamped to Los Angeles, where they picked up a new manager in Elliot Roberts, whose big client at the time was Neil Young. The band recorded their next album in L.A., setting up shop at the Record Plant with Bad Company producer Ron Nevison. 1977's Broken Heart was a mix of hard rock songs and heavily orchestrated ballads like "Isn't It Time," which was written by Jack Conrad and Ray Kennedy (who notably wrote "Sail on Sailor" for the Beach Boys.) The song reached number 13 on the Billboard singles chart, the album broke into the Top 40, and the band gained some much-needed momentum. They promptly lost it after disagreements in the ranks about whether to make an orchestrated pop (Corby's ideas) album or a country album (Waite's idea,) they wasted time and money in the studio making music nobody, especially the label, was happy with. Corby walked and after some recalibrating, the remaining trio wrote and recorded a batch of new songs that everyone was happy with. 1978's Head First was the result and the first single, the lush ballad "Every Time I Think of You" -- another Conrad/Kennedy co-write -- almost hit the Top Ten of the singles chart. The title track garnered heavy radio airplay, too, and the album reached number 22 on the Billboard charts in the U.S. To fill out their lineup for subsequent touring they added keyboardist Jonathan Cain and bassist Ricky Phillips, which freed Waite up on-stage to be a true frontman. They headed out on tour with Alice Cooper, then returned to work on their third album. Cain joined the songwriting process, producer Keith Olson gave the songs a radio-friendly sheen, and the group settled on a sound that was light on ballads, heavier on synthesizers, and overall more New Wave-influenced. Union Jacks was released in 1980 and did nearly as well on the album charts while spawning a number of AOR radio hits including "Midnight Rendezvous" and "Back on My Feet Again." The band toured with Journey, then quickly headed back into the studio at their label's behest. The sessions didn't go smoothly and fostered tensions among the bandmates. Olson was again at the controls and the sound was similar, but releasing two albums in the same year was tough on the band and didn't help their state of mind or, ultimately, their career. Despite featuring the powerful lead single "Turn and Walk Away," the album stalled just outside of the top 40. Despite the growing unhappiness in their ranks, the band gamely returned to the road but the tour ended abruptly after Waite was injured at a show in Ohio. The band decided to go their separate ways shortly afterward. Waite launched a solo career punctuated by the massive success of the song "Missing You" and Cain joined Journey, while Stocker and Brock played in Rod Stewart's band for years. In the late '80s, Waite, Cain, and Phillips reunited in the AOR supergroup Bad English, where they scored a huge hit with the song "When I See You Smile."

The Babys resisted re-forming until 2013, when with Waite's blessing, Stocker and Brock put together a band and started writing new songs. Joined by vocalist/bassist John Bisaha and guitarist Joey Sykes, they released an album, I'll Have Some of That, in 2014 and played a steady diet of gigs in its wake. In 2019, HNE Recordings released the career-spanning box set, Silver Dreams: Complete Albums 1975-1980, which included rare live tracks and the demo the group recorded in 1975. ~ Tim Sendra, Rovi 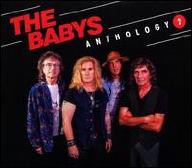 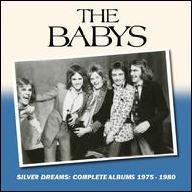 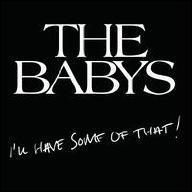 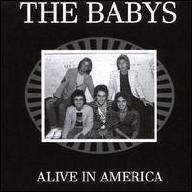 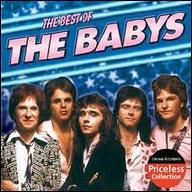 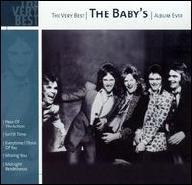 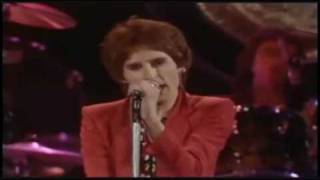 The Babys - Every Time I Think Of You - [STEREO] 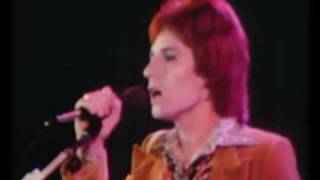 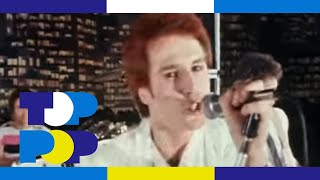 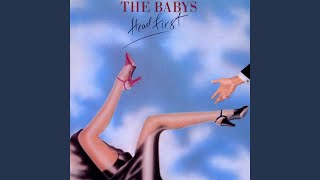 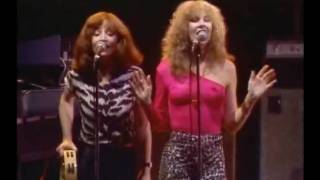 The Babys - Everytime I Think Of You (Live Midnight Special 1979) 4vov.avi 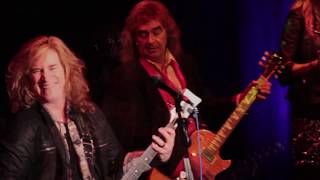 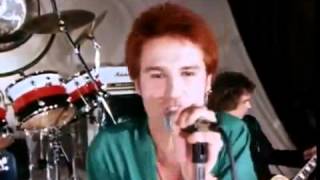 The Babys - Back On My Feet Again
Available here: