Close
Gary Glitter
from Banbury, Oxfordshire, England
May 8, 1944 (age 78)
Biography
Although the late '90s apparently saw the end of Gary Glitter's career, following his conviction for sexual offenses, there is no doubting that for a full 25 years before that tragic denouement, Glitter ranked among Britain's best-loved performers of all time. The hits which catapulted him to fame in the early '70s, the anthemic Rock and Roll of course, but also the likes of I'm the Leader of the Gang, Do You Wanna Touch Me, and I Love You Love Me Love, still have the capacity to stir an audience -- as Rock and Roll itself proves, every time it airs at a major sporting event in the U.S. And, if it is at all oxymoronic that the King of British Glam should be responsible for one of the national anthems of American Football, then that is simply further testament of what made Gary glitter so brightly. Musically, visually, and emotionally, he transcended so many barriers that even categorizing him as a rock & roller seems somehow stingy. He was so much more than that.

Gary Glitter emerged on the U.K. scene in 1972, although he had been touring and recording for over a decade beforehand. Still in his mid-teens, the young Paul Gadd performed at the legendary 2 I's Coffee Bar in London's Soho district, moving onto the Laconda and the Safari clubs before his repertoire of rock & roll classics and sweetly executed ballads brought him to the attention of Robert Hartford Davis, a small-time movie producer looking to break into the music industry. He financed the teenager's first recording session and landed him a deal with Decca, who released Alone in the Night in January, 1960, under the first of the multitude of pseudonyms which the singer would utilize through the remainder of the decade, Paul Raven.

In 1961, new manager Vic Billings landed Raven a deal with Parlophone and producer George Martin. Two singles, Walk on Boy and Tower of Strength, followed, but neither sold well and by 1964, Raven was working as a studio warm-up man for the cult television show #Ready Steady Go. He also appeared in a handful of television commercials and auditioned unsuccessfully for the lead role in the movie #Privilege (Paul Jones ultimately took the part). It was a meeting with producer/arranger Mike Leander which marked the turning point in Raven's fortunes. The singer joined Leander's eponymous Show Band in April, 1965; Leander also arranged for his young protégé to oversee a handful of recording sessions, producing singles by Thane Russell and Scottish beat band the Poets.

The Mike Leander Show Band collapsed in late 1965 and Raven formed a new group, Boston International (later truncated to the Bostons), with saxophonist John Rossall. They spent much of the next five years touring Germany, the schedule interrupted by occasional recording dates back in England with Leander. Between 1968-1970, Musical Man and a cover of George Harrison's Here Comes the Sun were issued under the name Paul Monday. Soul Thing and Sly Stone's Stand returned Paul Raven to the racks and We're All Living in One Place debuted Rubber Bucket and, though the records themselves flopped, the sound was slowly crystallizing. By late 1971, with the glam rock movement now exploding across the U.K., Leander and Raven were convinced they had finally found the elusive formula they had been searching for.

Rock and Roll first took shape as a 15-minute jam session before Leander edited it down into two three-minute gems, sensibly subtitled "Part One" and "Part Two." Next came the matter of a new name for the performer -- according to legend, Raven's first instinct was Vicki Vomit, followed by Terry Tinsel, Stanley Sparkle, or Horace Hydrogen, working backwards through the alphabet, Gary Glitter was simply the next alliteration he thought of. And this time, it stuck.

Despite a slow start (it took six months to break into the U.K. chart) Rock Roll, of course, became one of the biggest hits of 1972 and one of the most unique. A number two in the U.K. and Top Ten in America, it set Glitter up for a period of almost unassailable chart domination, as a string of barely disguised sound-alikes flew from his and Leander's pens, unerringly affixing themselves on the British Top Ten: I Didn't Know I Loved You (Till I Saw You Rock and Roll), Do You Wanna Touch Me (Oh Yeah), and Hello Hello, I'm Back Again all charted during the next 12 months. Two albums, Glitter and Touch Me, were no less successful, while Glitter's first ever London concert in spring, 1973, saw him sell out the London Palladium, one of the first rock & rollers ever to play that venerable old pile.

Glitter lived up to his image with a vengeance. He poured a fortune into his wardrobe -- at one point he owned 30 glitter suits and 50 pairs of monstrous silver platform boots. But it was worth it. Glittermania was breaking out everywhere. I'm the Leader of the Gang (I Am) became his first British chart-topper in the summer of 1973, I Love You Love Me Love repeated the success that fall, while Remember Me This Way, a brass-led ballad which had absolutely nothing in common with the Glitter sound, reached number three. A show at the London Rainbow was recorded for a live album (also titled Remember Me This Way). Glitter's backing band, the aptly named Glitter Band, were launched on a parallel hitmaking career of their own and while attempts to follow up the original American success were less well-starred, Leader of the Gang did at least breach the Top 50, in the capable hands of Brownsville Station.

Always Yours gave Glitter his eighth successive hit and third number one, in June, 1974; another ballad, Oh Yes! You're Beautiful reached number two, the insistent Love Like You and Me made number ten, and Doing Alright With the Boys hit number six in summer, 1975. And suddenly, it was all over. Glitter's next single, a cover of Papa Ooh Mow Mow, stalled at #38 and, with successive releases proving similarly catastrophic, the singer announced his retirement in early 1976.

For the next year, Glitter existed in a twilight world of rumor alone, as financial and psychological pressures pushed him to the brink. He was drinking heavily and later admitted that he seriously contemplated suicide. A half-hearted return to action saw him take the lead role in a New Zealand production of #The Rocky Horror Show and score a pair of minor U.K. Top 30 hits during 1977, It Takes All Night Long and A Little Boogie Woogie in the Back of My Mind. But it was 1980 before he truly began to come out his shell again, launching a series of low-key concerts for a post-punk audience which had, somewhat curiously, embraced him as a figurehead of sorts. In 1981, he returned to the studio and recorded a new single, a dance medley of all his greatest hits, All That Glitters. By 1984, he was playing upwards of 80 gigs a year, mainly around the college and club circuit, and returned to the chart with Dance Me Up and Another Rock and Roll Christmas.

Two years later, Doctor the Medics invited him to guest with them on TV performances of their decidedly Glitter-esque reworking of Spirit in the Sky. And in 1988, Glitter was back at number one, courtesy of the Timelords' Doctoring the Tardis a tribute to television's #Dr Who set to samples of Glitter's Rock and Roll. Glitter himself subsequently re-recorded Rock and Roll with producer Trevor Horn and only narrowly missed out on another hit.

Ever more extravagant live shows were celebrated with the 1988 live video Gary Glitter's Gangshow, while his back catalog began spawning a succession of still more adventurous hit compilations. He became the subject of a successful London stage show, while his 1991 autobiography, -The Leader, was a major bestseller. In 1994, Glitter was one of the stars at the official World [soccer] Cup concert in Chicago, broadcast live to 46 countries. He returned to the U.S. in 1996, playing the Godfather in the Who's Quadrophenia revival and he found time to deliver a new single, the definitive reading of The House of the Rising Sun set to the most heart-stopping Glitter beat yet. Rock and Roll even claimed another new lease on life when it became one of the star turns in the movie #The Full Monty.

Then came the news that Glitter was under investigation on child pornography charges and his world fell apart. Stores throughout the U.K. withdrew his records from the shelves, concerts were canceled; overnight, one of Britain's most adored icons became public enemy number one and even his staunchest allies now doubt whether Glitter will ever be able to pull one more comeback out of the bag. What cannot be erased, however, is the contribution he has made to the history of rock & roll -- the creation of Rock and Roll itself. ~ Dave Thompson, Rovi 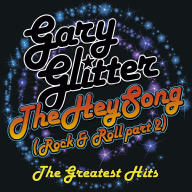 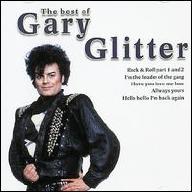 The Best of Gary Glitter [Simply the Best]
2001 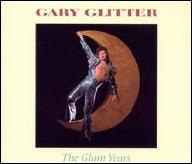 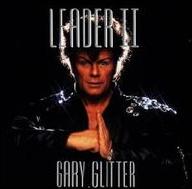 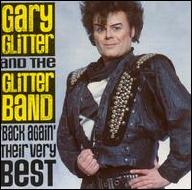 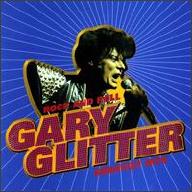 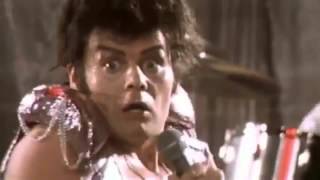 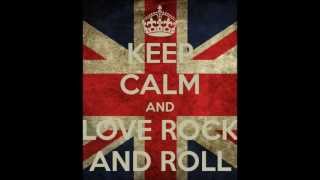 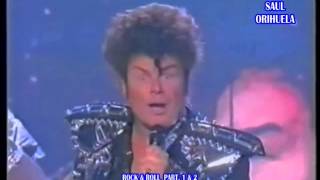 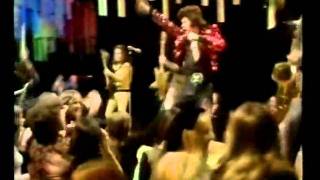 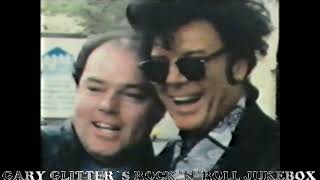 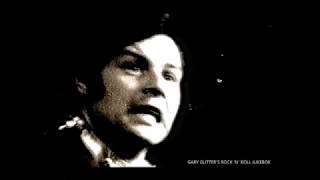 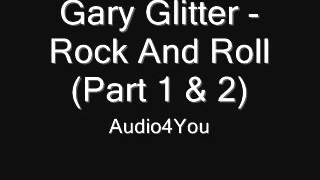