Close
Mike Leander
from England
June 30, 1941 - April 18, 1996 (age 54)
Biography
As a producer for Decca in the mid-'60s, Mike Leander's primary achievements were working on Marianne Faithfull's earliest and most popular records. At the outset of her career, Faithfull's voice was slight, and her professional experience even slighter. Leander sometimes brought out the best in her by cocooning her vocals with light European orchestration, which emphasized their most attractive and tender qualities, while directing attention away from her lack of conventional singing power. Leander had studied orchestration and conducting at the Trinity College of Music, and made creative use of oboes, harpsichords, harps, and choral backup voices in his arrangements. This was evident on the very first Faithfull single, As Tears Go By, and also on her follow-up hits Summer Nights and Come and Stay with Me, as well as numerous obscure album tracks such as The Morning Sun. As Leander told Faithfull biographer Mark Hodkinson, "With Marianne, I soon learned to take what I could get, she was never a brilliant singer but a wonderful creator of musical moods. If [early Faithfull manager] Andrew [Oldham] and I ever got a sound for Marianne, I suppose it was a plinky-plunky orchestral one."

While the early Faithfull recordings are the ones that bear Leander's strongest imprints, he worked on some other interesting sessions in the '60s. He scored, arranged, and produced the soundtrack for the film #Privilege, and wrote or co-wrote the two British hit singles that Paul Jones sang in the movie (Free Me and I've Been a Bad, Bad Boy). He did the arrangement (with Keith Richards) of the Rolling Stones' version of As Tears Go By, which he was a natural choice for, having worked on the original rendition by Faithfull. Perhaps his skill at orchestral arrangement was felt to be an asset in British attempts to emulate the American girl group sound, as he worked on various flop singles by minor British female '60s vocalists such as Catherine Parr, Jean Martin, Lady Lee, Adrienne Posta, the Kittens, Barry St. John, and Beryl Marsden. Leander also worked with the VIPs, a group that evolved into Spooky Tooth; produced Joe Cocker's first single in 1964; and co-wrote two of Peter Gordon's hits, Lady Godiva and The Knight in Rusty Armour.

Leander played a minor role in the Beatles' Sgt. Pepper's Lonely Hearts Club Band album. When Paul McCartney wanted an orchestral score for She's Leaving Home, George Martin was working on a Cilla Black session and unavailable to do it right away. Too impatient to wait a few days, McCartney engaged Leander to do the score, causing one of the few instances in which Martin became genuinely upset with his star clients. Martin did agree, quite charitably, to produce the She's Leaving Home home session using Leander's score. Leander had an even more minor interaction with the Beatles later in 1967, arranging and notating the song Shirley's Wild Accordion, used as incidental music in the Beatles' Magical Mystery Tour film (and not released on record).

In 1966, Leander was appointed to form MCA's British branch, which had British hits with New Zealand singer John Rowles. He was executive producer of the first recording of the pseudo-rock opera Jesus Christ Superstar. One of MCA's artists was a veteran unsuccessful rocker named Paul Raven, and in 1970, Leander left MCA and worked with Raven to develop a new sound and image for the singer. The result was British glam star Gary Glitter, a big British and European star who had only one big American single, Rock'n'Roll Part 2. According to -The Da Capo Companion to 20th-Century Popular Music, such Glitter hits were informed by "Leander's fascination with the rhythm sounds of such artists as John Kongos (a White South African who had British hits on Fly with 'He's Gonna Step on You Again' and Tokoloshe Man,' both 1971) and the 'creole voodoo' band Exuma." Leander also co-wrote all of Glitter's hits with the singer. ~ Richie Unterberger, Rovi 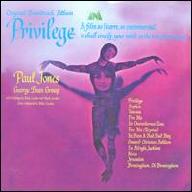 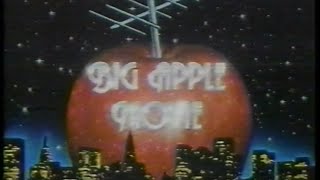 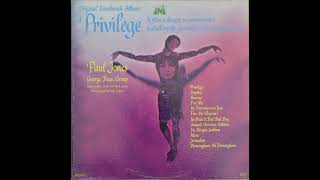 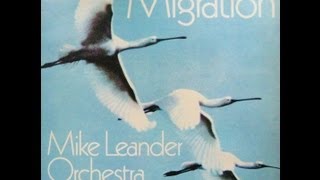 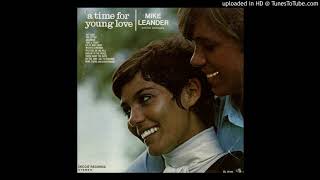 Mike Leander - Grazing in The Grass 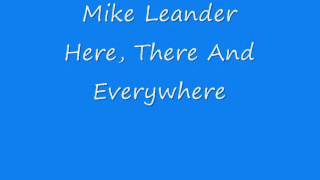 Mike Leander - Here, There And Everywhere 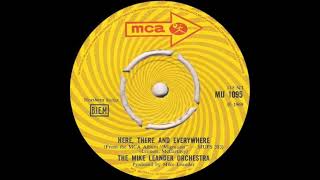 The Mike Leander Orchestra - Here, There And Everywhere 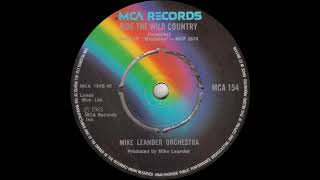