Close
Ian Carr
from Dumfries, Scotland
April 21, 1933 - February 25, 2009 (age 75)
Biography
Scottish trumpeter, composer, educator and author Ian Carr was on the cutting edge of the U.K. jazz scene for over four decades. From 1963 to 1969, the self-trained musician worked in the fabled Don Rendell-Ian Carr Quintet, which released five influential albums including Dusk Fire, Phase III, and Change Is. All are considered pillars of British jazz. During the 1970s, after Carr and Rendell were co-billed as soloists on Neil Ardley's seminal prog rock-cum-modal jazz masterpiece Greek Variations Other Aegean Exercise, Carr established the groundbreaking jazz-rock fusion ensemble Nucleus. The band's constantly revolving membership included members of Blues Incorporated, Soft Machine, and first-call session aces such as Harry Beckett, Kenny Wheeler, and Chris Spedding. They issued a dozen studio albums between 1970 and 1983, including Elastic Rock, Solar Plexus, and Snakehips Etcetera. From the mid-'70s until 1999, Carr was a charter member of the United Jazz+Rock Ensemble. He also played with the Mike Gibbs Orchestra and George Russell's Living Time Orchestra. He issued the pioneering jazz and classical crossover Old Heartland in 1989. During the '90s, Carr was a first-call sessionman and played on albums by everyone from the London Jazz Orchestra to No-Man. In 1993, he returned to recording under his own name with Sounds Sweet Airs (That Give Delight Hurt Not). In 2007, he participated in the tribute sessions for Mike Taylor Remembered.

Carr was born in Dumfries, Scotland in 1933, the older brother of jazz organist Mike Carr. Though literature was his first passion, music, especially jazz and 20th century classical, were also among his primary interests. At 17 he began teaching himself to play trumpet. Between 1952 and 1956, he attended King's College, read English Literature, and received a degree in education. After teaching for a couple of years, he joined his brother's band the EmCee Five from 1960 to 1962. Carr's chops were good enough to attract the attention of composer/pianist Michael Garrick, who hired him for his sextet, where he remained throughout the '60s. Garrick introduced Carr to jazz saxophonist and composer Don Rendell. The pair formed the Rendell/Carr Quintet in late 1963. Its other members included pianist Michael Garrick, drummer Trevor Tompkins, and bassist Dave Green. Thanks to Rendell's publicly expressed theories about establishing a British jazz identity that stood distinctly apart from North America's, and the band's incendiary live presence, they signed to Columbia/EMI in 1964. Their debut album, Shades of Blue, appeared in 1965 to rave reviews from British and European critics and even some American ones. They began touring almost incessantly. 1966's Dusk Fire and 1968's meld of hard bop and modal jazz on Phase III did better commercially and placed in England's national album charts. Concurrently with Rendell and Garrick, Carr also played and recorded with saxophonist Joe Harriott and Neil Ardley's New Jazz Orchestra.

Carr also played an important role in the development of jazz-rock fusion, playing with John McLaughlin and then forming one of England's first jazz-rock fusion groups, Nucleus, in 1969. Carr woodshedded his band and signed them to Vertigo. That year he played on Blossom Dearie's That's Just the Way I Want to Be, Garrick's The Heart Is a Lotus, and Bob Downes Open Music's Electric City (that also included guitarist Ray Russell and trumpeter Harry Beckett). That year Nucleus released its debut album Elastic Rock. The group included Clyne on bass, Karl Jenkins on reeds and electric piano, John Marshall on drums, Brian Smith on saxes, and Chris Spedding on guitar. That year Carr and Rendell also appeared as featured co-billed soloists on Ardley's masterpiece, the jazz-cum-prog-cum-classical concept offering Greek Variations Other Aegean Exercises.

In 1971, while Carr was recording Solar Plexus and We'll Talk About It Later with Nucleus, he was asked to participate in the historic sessions that netted the Keith Tippett-led Centipede's Septober Energy.

The following year, Carr formed another electric band for the solo outing Belladonna. With Smith as the lone holdover from Nucleus, the trumpeter recruited guitarist Allan Holdsworth, bassist Roy Babbington, electric pianists Gordon Beck and Dave MacRae, drummer Clive Thacker, and percussionist Trevor Tompkins to deliver a simmering, brooding, heavy jazz-rock exercise that built on the aesthetic examples of Miles Davis's In a Silent Way and Bitches Brew. The funky "Summer Rain" has since become a favorite of club DJs across the globe. This lineup sans Holdsworth became the core of Nucleus for 1973's Labyrinth -- Carr added second drummer Tony Levin, synthesist Paddy Kingsland, and guests Wheeler and Winstone, but just a few months later, shifted the lineup again for the breakbeat-drenched, jazz-funk outing Roots (also in 1973). His octet for the date included Smith, MacRae, and Thacker, plus new bassist Roger Sutton, guitarist Jocelyn Pitchen, percussionist Aureo de Souza, and vocalist Joy Yates. While not well-received at the time, Roots is considered a Nucleus classic in the 21st century. That same year, Carr published the critically acclaimed book Music Outside, an overview of British jazz.

Touring was arduous supporting two albums and a wealth of new material, especially since most of Carr's musicians had other commitments. For 1974's more jazz-oriented Under the Sun, Nucleus underwent further personnel changes: Vocals were dropped altogether, Beck returned to the lineup alongside synth player Geoff Castle; Bob Bertles became its reed and wind player, Ken Shaw joined Pitchen on guitar, and Bryan Spring took over the drum kit.

In addition to Nucleus, Carr played and recorded with the international United Jazz+Rock Ensemble from 1975 until his death but remained committed to the ever-exploratory Nucleus, who issued a pair of albums that year. Alleycat saw the return of Sutton to the bass chair and the placement of Roger Sellers on drums and percussion. Pitchen left, leaving Shaw the only guitarist. As solid as Alleycat was, its reviews paled in comparison to the much funkier and harder-rocking Snakehips Etcetera. Though Beck left once again to pursue other projects, Carr took over on piano and electric piano as well as trumpet. The set charted, becoming the most successful of Nucleus' releases to date.

In 1976, Carr rejoined Ardley and played a major role on the seminal Kaleidoscope of Rainbows, and toured relentlessly with Nucleus. A quintet version of the band included a returning Smith on reeds, Castle, Sellers, and new bassist Bill Kristian, with Carr continuing to do double duty on brass and piano, and issued the live In Flagrante Delicto in 1977. Over the next two years, Carr spent his time recording and touring with United Jazz+Rock Ensemble, Volker Kriegel's Mild Maniac Orchestra, and Ardley for 1979's Harmony of the Spheres. Nucleus, whose lineup remained stable, issued Out of the Long Dark, their Capitol debut. After touring, they issued Awakening in 1980, showcasing a new rhythm section with drummer Nic France and bassist Chucho Merchan.

In 1982, Carr received a Calabria award in southern Italy for his Outstanding Contribution in the Field of Jazz. He toured with Nucleus and the United Jazz+Rock Ensemble, and did session work. He released Algemona Quartetto Ian Carr in 1983. In 1985, he was recruited by John Cale to join the studio band for Nico's Camera Obscura sessions; he played on "My Funny Valentine" and "Into the Arena." In April, a quartet calling itself Ian Carr's Nucleus with Marshall on drums, bassist Dil Katz, guitarist Marc Wood, and saxophonist Phil Todd played a gig in Stuttgart and released it as Live at the Theaterhaus on Mood Records; it was the band's final outing.

Wire Magazine presented Carr with a special award for services to British jazz in 1987, as he proved equally influential as a music journalist and educator. The following year he released Old Heartland in collaboration with the Kreisler String Orchestra. Misunderstood at the time, the album has since been regarded as a successful and prophetic meld of jazz and classical crossover. He joined the Mike Gibbs Orchestra for 1988's Big Music and returned to play live with George Russell's Living Time Orchestra in 1989.

In 1991 Carr published the critically regarded Keith Jarrett: The Man and His Music. He also formed the short-lived experimental electronic keyboard-centric jazz outfit Zyklus with Ardley and recorded Virtual Realities. In 1992, Carr began writing a monthly column for BBC Music Magazine until his death, and served as an associate professor at the Guildhall School of Music and Dance, lecturing weekly on jazz history, all while continuing to record, compose, and tour. That same year he recorded Sounds and Sweet Airs with organist John Taylor. He made his first appearance as a session musician with No-Man (Steven Wilson and Tim Bowness) on 1994's Flowermouth, playing on each of their recordings through 2001's Returning Jesus. In 1996, he appeared on the London Jazz Orchestra's Dance for Human Folks, and in 1999, on X, the final live outing by United Jazz+Rock Ensemble.

Throughout the early 2000s, Carr assisted with the BGO reissue program of his Nucleus sides. In 2003, Live in London appeared, from Harkit Records, a previously unissued live recording by the Don Rendell / Ian Carr Quintet. In 2007 he appeared on Mike Taylor Remembered, a tribute offering to the pianist and composer that also featured Winstone, Ardley, Henry Lowther, and others.

Carr died in 2009 from complications due to Alzheimer's Disease. Though the Rendell-Carr group's recordings were reissued during his lifetime, in 2018, the U.K.'s Jazzman Records issued a retrospective LP box entitled The Complete Lansdowne Recordings: 1965-69 that featured all five of their albums. It sold out during pre-order and needed to be re-pressed before its street date. Two years later, the box set Torrid Zone: The Vertigo Recordings 1970-1975, compiled Nucleus' first nine albums. In 2021, Carr's 1973 solo album Belladonna was given the deluxe half-speed master reissue treatment by Mr. Bongo and released in May. It was followed weeks later by the Jazz In Britain's issue of Solar Session, an unreleased 1970 studio recording by the Ian Carr Double Quintet; its membership included many future Nucleus members including Spedding, Jenkins, Marshall, Beckett, Clyne, and Matthewson.~ Thom Jurek & Craig Harris, Rovi 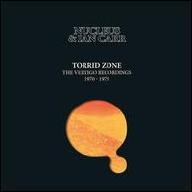 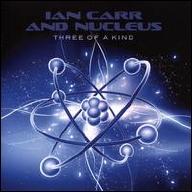 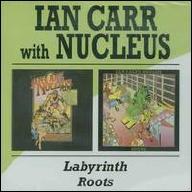 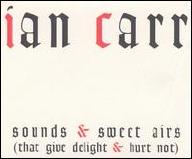 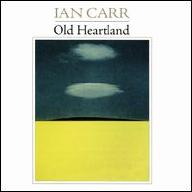 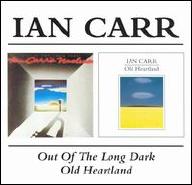 Out of the Long Dark/Old Heartland
1979
Videos
Close 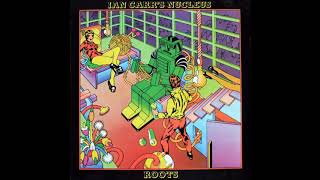 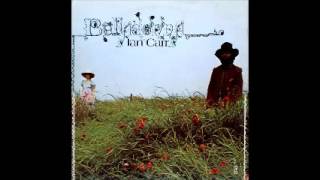 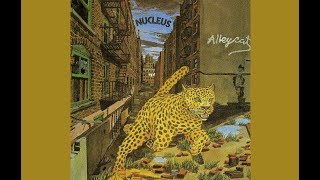 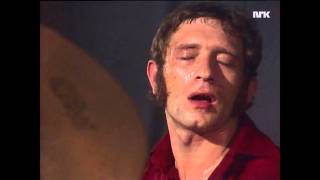 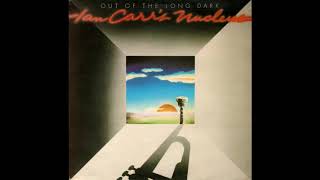 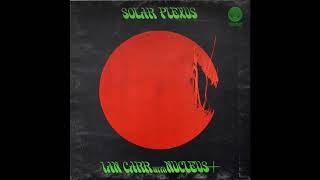 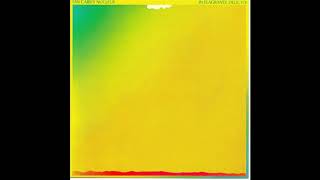