Close
Carter Sisters
formed January 1, 1943 - January 1, 1960 (age 17)
Biography
An offshoot of the legendary Carter Family, the Carter Sisters consisted of Helen, June, and Anita Carter, the three daughters of original Carter Family member Maybelle Carter (with whom they often performed) and Ezra Carter. Helen (accordion, guitar, autoharp; b. September 12, 1927), June (autoharp; b. June 23, 1929), and Anita (standup bass; b. March 31, 1933) all made their performing debuts with the Carter Family as young girls, with the elder two starting in the mid-'30s. When the original Carter Family lineup officially disbanded in 1943, Maybelle gathered her daughters into a new group dubbed Mother Maybelle the Carter Sisters, built around Helen's musicianship, Anita's lead vocals, and June's gregarious, comic stage presence. They quickly became radio regulars in Richmond, VA, performing on two prominent stations through 1948. That year, they moved to a radio station in Knoxville, TN, where they found a brilliant accompanist in guitarist Chet Atkins, then a young virtuoso just beginning to make his mark. The year 1949 took the family to Springfield, MO, for another radio engagement, and in 1950 they moved to Nashville to join the Grand Ole Opry, where they remained regulars for the next decade. During that time, both Anita and June went off on occasional solo ventures, and also served as duet partners for singers like Hank Snow and Carl Smith, respectively. Over 1956-1957, the group toured as Elvis Presley's opening act.

When family patriarch A.P. Carter passed away in 1960, Mother Maybelle the Carter Sisters took over the Carter Family name. Aside from their solo recordings, they spent much of the '60s backing Johnny Cash in various combinations, appearing on his 1963 hit Busted; June, of course, married him in 1968, and she and her sisters appeared regularly on his variety show during the next few years. As the Carter Family, the group also made several recordings, including a 1962 album for Decca, another for CBS in 1964 (Keep on the Sunny Side), and two for Columbia -- Travelin' Minstrel Band and Three Generations -- in 1972 and 1974, respectively. Mother Maybelle passed away in 1978. Ten years later, all three Carter Sisters reunited for the Mercury album Wildwood Flower, a collection of Carter Family standards that also featured June's daughter, country-rock singer Carlene Carter. Helen passed away on June 2, 1998; Anita followed her on July 29, 1999; and June succumbed to heart problems on May 15, 2003. ~ Steve Huey, Rovi 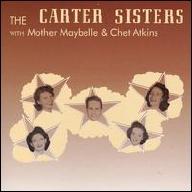 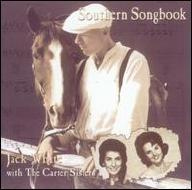 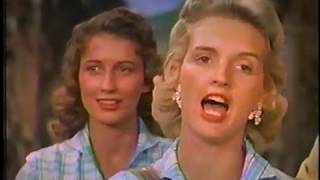 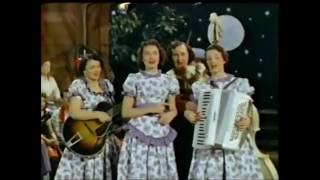 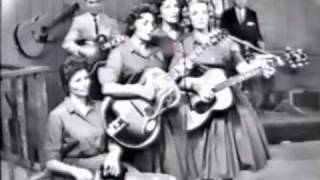 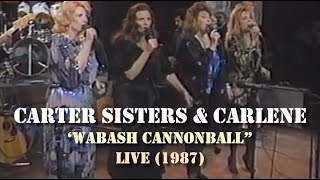 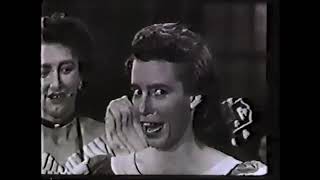 The Carter Sisters & Mother Maybelle ~ Too Old To Cut The Mustard 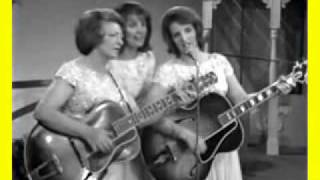 Mother Maybelle & The Carter Sisters - Keep On The Sunny Side 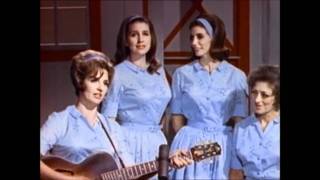 The Carter Family - I Walk The Line
Available here: