Close
Simon Dupree & the Big Sound
Biography
There's a rule of human nature that applies here: just as when a letter arrives marked "important" or "urgent" and chances are good that it's anything but, any group using the adjective "big" in its name is probably not going anywhere. Such was the case of Simon Dupree the Big Sound, who neither had a "Simon Dupree" nor a very big following for much of their existence. Not that they weren't good. But apart from Big Country and maybe the Big Bopper, not too many acts using the name "Big" have gone very far with the public.

"Simon Dupree" was vocalist Derek Shulman, one of a trio of brothers (Ray and Phil being the other two) from Portsmouth, England, who started out in music as R&B fanatics and first formed a group in 1964. Their musical interests can be glimpsed by the choices that the Shulman brothers made between 1964 and 1965 in naming their bands, which included the Howling Wolves and the Road Runners. Those names aside, their repertoire was focused a lot more on the songs of Wilson Pickett, Don Covay, and Otis Redding than on the Wolf or Bo Diddley. "Simon Dupree the Big Sound" came about in the course of their search for a flashy name.

The name change worked locally, because the group prospered on the club scene, its earnings reaching £300 a night, split after expenses between Derek (vocals, bass, saxophone), Ray (bass, guitar, violin), and Phil (sax, trumpet) and their bandmates Tony Randell (drums) and Pete O'Flaherty (bass). Additionally, they were signed to EMI's Parlophone label, under producer Dave Paramor, and cut a pair of powerful R&B-style songs in 1966, I See the Light and It Is Finished. Success on the club scene didn't necessarily result in serious record sales, however, and the group's debut, as well as its follow-up records, Reservations b/w You Need a Man and Day Time, Night Time b/w I've Seen It All Before, didn't make much of an impression. Their debut album, Without Reservations, containing the first fragmentary examples of the group's original songwriting, was released in August of 1967, just in time to be overlooked as cheerfully irrelevant in the wake of Sgt. Pepper's, Magical Mystery Tour, et al.

Then, in October of 1967, the group's management and record label decided to try moving Simon Dupree the Big Sound in the direction of psychedelia. It's entirely possible that they were looking at the huge sales and international recognition suddenly accruing to the Moody Blues, an R&B-turned-psychedelic outfit who had gone from near-oblivion to scoring a pair of hit albums and singles with their new sound. The result was Kites, a song recorded in the early fall of 1967 at Abbey Road. The bandmembers were unhappy with the new song and the sound they were being asked to create, but they tried to make the best of it -- they experimented with a Mellotron for the first time, and used it pretty much as impressively as the Moody Blues did. The melody was Asian-sounding, and the presence of actress Jackie Chan reciting some poetry over the music didn't detract from the single's "Eastern" sound. Kites wasn't R&B, but it was the right song at the right time, and it made the British Top Ten, a major commercial breakthrough for the group. Unfortunately, the band was never able to follow it up, and after several abortive attempts at another psychedelic-style single -- including the first songwriting efforts by the Shulman brothers -- Simon Dupree the Big Sound called it quits in 1969.

By then, however, their thinking about music had changed. In 1970, the Shulmans were back at the core of a new group, having made the leap past psychedelia and far from R&B in the progressive rock group Gentle Giant. ~ Bruce Eder, Rovi 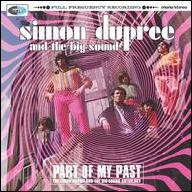 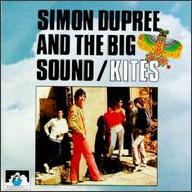 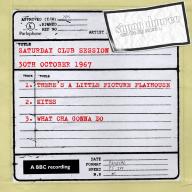 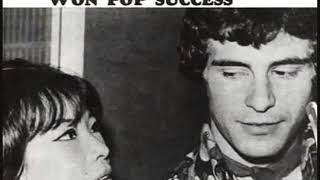 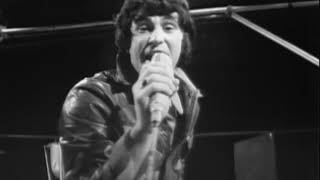 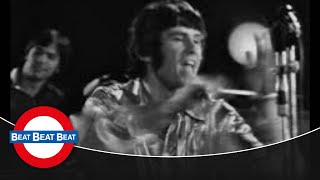 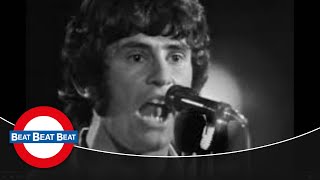 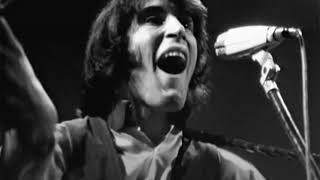 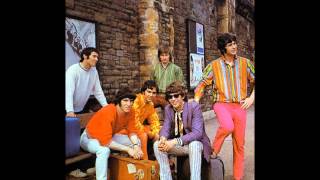 Simon Dupree & The Big Sound For Whom The Bell Tolls 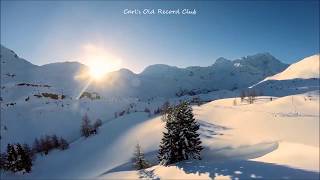