Close
Preservation Hall Jazz Band
from New Orleans, LA
formed January 1, 1961 (age 61)
Biography
Flamekeepers of the New Orleans jazz legacy, Preservation Hall Jazz Band have been holding court at their famed French Quarter venue since the 1960s. Founded by tuba player Allan Jaffe and his wife Sandra, Preservation Hall has featured a long cadre of legendary New Orleans musicians over the years and issued a number of albums including 1977's New Orleans, Vol.1, 1998's Because of You, and 2008's The Hurricane Sessions, all of which showcase the group's rootsy, soulful brand of traditional New Orleans jazz. With Allan Jaffe's passing in 1987, leadership of the band was handed down to his son, tuba player Ben Jaffe, who further pushed the group to evolve. While standards and traditional New Orleans jazz repertoire remain their core focus, they've transformed into a vibrantly cross-pollinated ambassador for New Orleans. Albums like 2011's American Legacies, 2013's That's It!, and 2017's So It Is, have found them exploring original compositions, Afro-Cuban rhythms, and collaborating with artists beyond the jazz spectrum.

During the 1950s, local New Orleans art dealer and jazz aficionado Larry Borenstein began inviting veteran musicians to hold jam sessions at his Peter Street gallery in the French Quarter. It was during the height of the early rock & roll explosion, and that, combined with the rise of bebop and modern jazz in the '40s, led to a significant decrease in the number of venues for traditional jazz musicians to get work in. Soon, Borenstein's informal sessions were attracting more customers than his art alone, and he began looking for help in running the business. In 1961, help arrived in the form of tuba player and Wharton School of Business graduate Allan Jaffe and his wife Sandra. Longtime traditional jazz fans, the Jaffes fell in love with Borenstein's venue on their honeymoon and decided to move to New Orleans permanently. Borenstein eventually moved the music to the building next door to his gallery and handed the management of the band and venue over to the Jaffes. Naming the venue the Preservation Hall, the Jaffes took care to showcase many of the veteran musicians whose legacy stretched back to the beginnings of New Orleans jazz. In the early days, this included such legendary musicians as trumpeters Kid Thomas Valentine, Punch Miller, and De De Pierce; trombonists Louis Nelson and Jim Robinson; clarinetists George Lewis, Albert Burbank, and Willie Humphrey; and pianists Joseph Robichaux, Billie Pierce, and Sweet Emma Barrett. By the early '70s, the frontline often featured trumpeter Percy Humphrey, his brother Willie on clarinet, and trombonist Jim Robinson (who, after his death in 1976, was succeeded by Frank Demond). While primarily known as a live band, the group recorded a handful of well-regarded albums under the leadership of Barrett and the Pierces, including 1964's Sweet Emma and Her Preservation Hall Jazz Band, 1971's New Orleans, Vol. 1, and 1982's When the Saints Go Marchin' In (New Orleans, Vol. 3). These are raw and joyous affairs that capture the vibrant, earthy atmosphere of Preservation Hall and its band.

With the deaths of Percy and Willie Humphrey in the '90s, as well as the passing of other Preservation Hall regulars like trumpeter Kid Sheik Colar, the group brought new members onboard. John Brunious and his son Wendell Brunious began taking turns in the trumpet chair. Also around this time, bassist Ben Jaffe (son of founder Allan Jaffe and a graduate of the Oberlin Conservatory of Music) took over as Preservation Hall's creative director and the band's main bassist/tuba player. With the beginning of the younger Jaffe's tenure as Preservation Hall's creative director, the band began increasing its recorded output, releasing such well-received efforts as 1996's gospel-themed In the Sweet Bye and Bye, 1998's Because of You, and 2004's Preservation Hall Hot 4 with Duke Dejan. While these albums showcased the group's longstanding commitment to traditional New Orleans jazz, they also revealed a growing openness to the influence of later innovations, including bebop-inflected improvisations, funky R&B grooves, and various roots music traditions.

Along with the Preservation Hall Jazz Band's increased creative output, their worldwide tours resulted in a great deal of goodwill. Consequently, the band remained on the road throughout much of 2005 and early 2006, due to the temporary closure of Preservation Hall in the wake of Hurricane Katrina. Although the hurricane devastated the city, it left some of the band's archival recordings unscathed, resulting in the release of Made in New Orleans: The Hurricane Sessions in 2007. Three years later, they delivered the charity album Preservation: An Album to Benefit Preservation Hall the Preservation Hall Music Outreach Program, which featured guest appearances by an eclectic mix of artists including Del McCoury, Steve Earle, Angélique Kidjo, Terence Blanchard, and many others. A year later, they collaborated once again with McCoury on the jazz-meets-bluegrass album American Legacies.

That's It!, the band's first album of all-original material in its entire 50-year career, was released in 2013. A high-profile tour followed, with the group performing on Late Night with Jimmy Fallon as well as appearing at Coachella alongside Arcade Fire in 2014. They also guested on the Foo Fighters' Sonic Highways album that year. In 2017, the Preservation Hall Jazz Band returned with yet another album of original, crossover-friendly material, So It Is. Produced by bassist and bandleader Jaffe along with TV on the Radio's Dave Sitek, it found the band combining its New Orleans jazz sound with Afro-Cuban and R&B influences. They further explored Afro-Cuban sounds on 2019's A Tuba to Cuba, which was recorded in Cuba as part of director T.G. Herrington's tour documentary of the band. ~ Matt Collar, Rovi 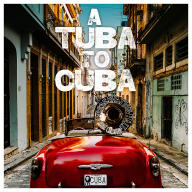 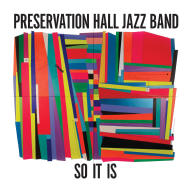 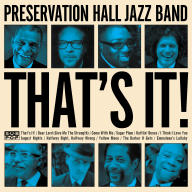 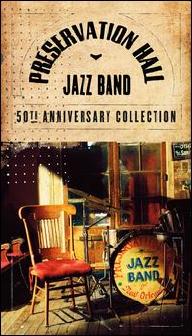 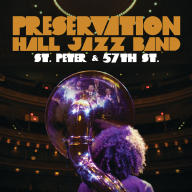 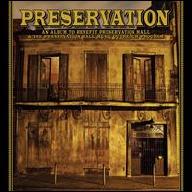 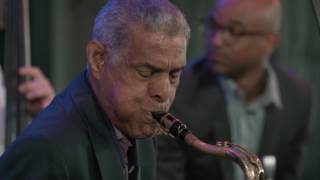 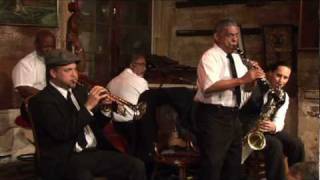 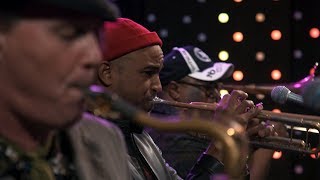 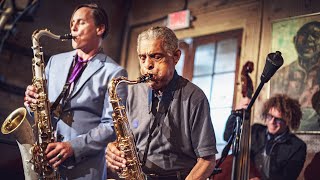 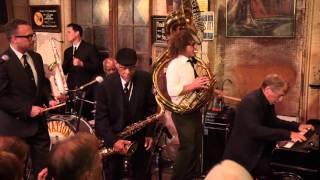 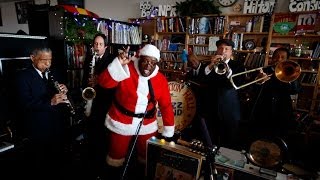