Close
The Smiths
from Manchester, England
formed January 1, 1982 - August 1, 1987 (age 5)
Biography
The Smiths were the definitive British indie rock band of the '80s, marking the end of synth-driven new wave and the beginning of the guitar rock that dominated English rock into the '90s. Sonically, the group was indebted to the British Invasion, crafting ringing, melodic three-minute pop singles, even for their album tracks. But their scope was far broader than that of a revivalist band. The group's core members, vocalist Morrissey and guitarist Johnny Marr, were obsessive rock fans inspired by the D.I.Y. ethics of punk, but they also had a fondness for girl groups, pop, and rockabilly. Morrissey and Marr also represented one of the strangest teams of collaborators in rock history. Marr was the rock traditionalist, looking like an elegant version of Keith Richards during the Smiths' heyday and meticulously layering his guitar tracks in the studio. Morrissey, on the other hand, broke from rock tradition by singing in a keening, self-absorbed croon, embracing the forlorn, romantic poetry of Oscar Wilde, publicly declaring his celibacy, and making no secret of his disgust for most of his peers. While it eventually led to the Smiths' early demise, the friction between Morrissey and Marr resulted in a flurry of singles and albums over the course of three years that provided the blueprint for British guitar rock in the following decade.

Before forming the Smiths in 1982, Johnny Marr (born John Maher, October 31, 1963; guitar) had played in a variety of Manchester-based rock roll bands, including Sister Ray, Freaky Part, White Dice, and Paris Valentinos. On occasion, Marr had come close to a record contract -- one of his bands won a competition Stiff Records held to have Nick Lowe "produce your band" -- but he never quite made the leap. Though Morrissey (born Steven Patrick Morrissey, May 22, 1959; vocals) had sung for a few weeks with the Nosebleeds and auditioned for Slaughter the Dogs, he had primarily contented himself to being a passionate, vocal fan of both music and film. During his teens, he wrote the Melody Maker frequently, often getting his letters published. He had written the biography/tribute -James Dean Isn't Dead, which was published by the local Manchester publishing house Babylon Books in the late '70s, as well as another book on the New York Dolls; he was also the president of the English New York Dolls fan club. Morrissey met Marr, who was then looking for a lyricist, through mutual friends in the spring of 1982. The pair began writing songs, eventually recording some demos with the Fall's drummer, Simon Wolstencroft. By the fall, the duo had settled on the name the Smiths and recruited Marr's schoolmate Andy Rourke as their bassist and Mike Joyce as their drummer.

The Smiths made their live debut late in 1982, and by the spring of 1983, the group had earned a small but loyal following in their hometown of Manchester and had begun to make inroads in London. Rejecting a record deal with the Mancunian Factory Records, the band signed with Rough Trade for a one-off single, Hand in Glove. With its veiled references to homosexuality and its ringing riffs, Hand in Glove became an underground sensation in the U.K., topping the independent charts and earning the praise of the U.K. music weeklies. Soon, Morrissey's performances became notorious as he appeared on-stage wearing a hearing aid and with gladioli stuffed in his back pockets. His interviews were becoming famous for his forthright, often contrary opinions, which helped the band become a media sensation. By the time of the group's second single, This Charming Man, in late 1983, the Smiths had already been the subject of controversy over Reel Around the Fountain, a song that had been aired on a BBC radio session and was alleged to condone child abuse. It was the first time that Morrissey's detached, literary, and ironic lyrics were misinterpreted and it wouldn't be the last.

This Charming Man reached number 25 on the British charts in December of 1983, setting the stage for What Difference Does It Make's peak of number 12 in February. The Smiths' rise to the upper reaches of the British charts was swift, and the passion of their fans, as well as the U.K. music press, indicated that the group had put an end to the synth-powered new wave that dominated Britain in the early '80s. After rejecting their initial stab at a first album, they released their debut, The Smiths, in the spring of 1984 to strong reviews and sales -- it peaked at number two. A few months later, the group backed '60s pop vocalist Sandie Shaw -- who Morrissey had publicly praised in an article -- on a version of Hand in Glove that was released and reached the Top 40. Heaven Knows I'm Miserable Now reached number ten, becoming their highest-charting single amid a storm of controversy about its B-side, Suffer Little Children, which was about the notorious Moors Murders. More controversy appeared when Morrissey denounced the hunger-relief efforts of Band Aid, but the group's popularity was not affected. Though the Smiths had become the most popular new rock roll group in Britain, the group failed to make it outside of underground and college radio in the U.S., partially because they never launched a full-scale tour. At the end of the year, William It Was Really Nothing became a Top 20 hit and Hatful of Hollow, a collection of B-sides, BBC sessions, and non-LP singles, went to the Top Ten, followed shortly by How Soon Is Now, which peaked at number 24.

Meat Is Murder, the band's second proper studio album, entered the British charts at number one in February of 1985, despite some criticism that it was weaker than The Smiths. Around the time of the release of Meat Is Murder, Morrissey's interviews were becoming increasingly political as he trashed the Thatcher administration and campaigned for vegetarianism; he even claimed that the Smiths were all vegetarians, and he forbade the remaining members to be photographed eating meat, even though they were still carnivores. Marr, for his part, was delving deeply into the rock roll lifestyle and looked increasingly like a cross between Keith Richards and Brian Jones. By the time the non-LP Shakespeare's Sister reached number 26 in the spring of 1985, the Smiths had spawned a rash of soundalike bands, including James, who opened for the group on their spring 1985 tour, most of whom Morrissey supported. However, all of the media attention on the Smiths launched a mild backlash later in 1985, when That Joke Isn't Funny Anymore was pulled from Meat Is Murder and failed to reach the Top 40.

The Boy with the Thorn in His Side revived the band's fortunes in the fall of 1985, and their third album, The Queen Is Dead, confirmed their popularity upon its release in the spring of 1986. Greeted with enthusiastic reviews and peaking at number two on the U.K. charts, The Queen Is Dead also expanded their cult following in the U.S., cracking the Top 100. Shortly before the album was completed, former Aztec Camera guitarist Craig Gannon became the band's rhythm guitarist, and he played with the band throughout their 1986 international tour, including a botched American tour. The non-LP Panic, which was criticized as racist by some observers for its repeated refrain of "Burn down the disco...hang the DJ," reached number 11 late in the summer. A few months after its release, Marr was seriously injured in a car crash. During his recuperation, Gannon was fired from the band, as was Rourke, who was suffering from heroin addiction. Though Rourke was later reinstated, Gannon was never replaced.

The Smiths may have been at the height of their popularity in early 1987, with the non-LP singles Shoplifters of the World and Sheila Take a Bow reaching number 11 and ten respectively, and the singles and B-sides compilation The World Won't Listen (revamped for U.S. release as Louder Than Bombs later in 1987) debuting at number two, but Marr was growing increasingly disenchanted with the band and the music industry. Over the course of the year, Morrissey and Marr became increasingly irritated with each other. The singer wished that Marr would stop playing with other artists like Bryan Ferry and Billy Bragg, while the guitarist was frustrated with Morrissey's devotion to '60s pop and his hesitancy to explore new musical directions. A few weeks before the fall release of Strangeways, Here We Come, Marr announced that he was leaving the Smiths. Morrissey disbanded the group shortly afterward and began a solo career, signing with Parlophone in the U.K. and staying with the Smiths' U.S. label, Reprise. Marr played as a sideman with a variety of artists, eventually forming Electronic with New Order frontman Bernard Sumner. Rourke retired from recording and Joyce became a member of the reunited Buzzcocks in 1991.

Rank, a live album recorded on the Queen Is Dead tour, was released in the fall of 1988. It debuted at number two in the U.K. A widely criticized, two-part The Best of the Smiths compilation was released in 1992; the praised Singles compilation was released in 1995. Joyce and Rourke sued Morrissey and Marr in 1991, claiming they received only ten percent of the group's earnings while the songwriters received 40 percent. Rourke eventually settled out of court, but Joyce won his case in late 1996. ~ Stephen Thomas Erlewine, Rovi 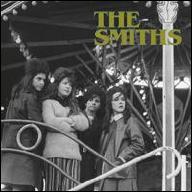 You've Got Everything Now
2010 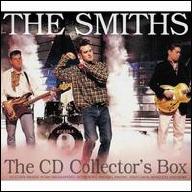 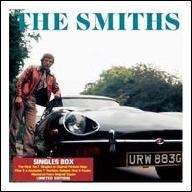 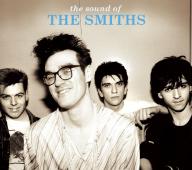 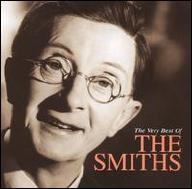 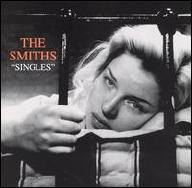 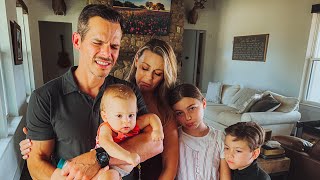 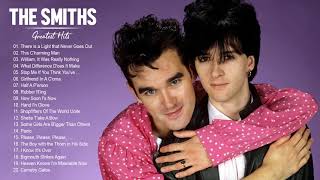 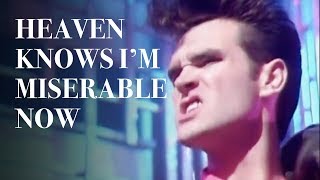 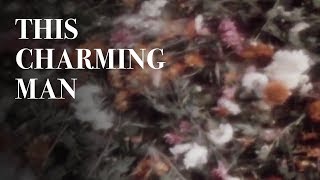 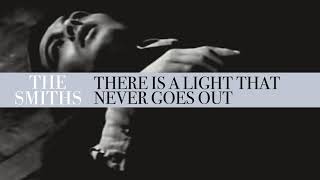 The Smiths - There Is A Light That Never Goes Out 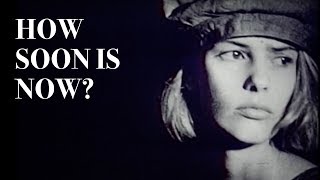 The Smiths - How Soon Is Now? (Official Music Video) 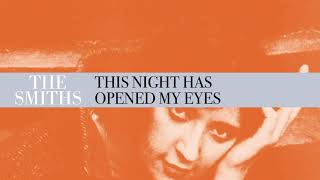 The Smiths - This Night Has Opened My Eyes
Available here: