Close
Gerry Rafferty
from Paisley, Renfrewshire, Scotland
April 16, 1947 - January 4, 2011 (age 63)
Biography
As one-half of the Humblebums, Scottish singer/songwriter Gerry Rafferty came up through the U.K. folk-rock scene of the late 1960s and early '70s before finding mainstream international success with his 1978 solo album, City to City. During the years in between, he founded the bluesy rock band Stealers Wheel, whose enduring 1973 hit, "Stuck in the Middle with You," has achieved a certain amount of classic rock luster over the years thanks in part to its continued use in film and television. That his bluesy Bob Dylan-aping Stealers Wheel hit sounds so different from his late-'70s soft rock masterpiece "Baker Street" (not to mention his excellent and entirely different Humblebums catalog) is a testament to his versatility and range. Although Rafferty's popularity had peaked by the dawn of the '80s, the reclusive and self-contained artist continued to make interesting and occasionally excellent records up until his death in 2011. Along the way, he forged a number of musical partnerships and gained even more admirers ranging from peers like Mark Knopfler and Richard Thompson to musicians of a younger generation like Lily Allen and James Vincent McMorrow. In 2021, a decade after his death, his posthumous 11th solo album, Rest in Blue, was released.

Rafferty was born in Paisley, Scotland in 1947, the son of a Scottish mother and an Irish father. Although his father was deaf, he still enjoyed singing, mostly Irish rebel songs, and Gerry's early experience of music was a combination of Catholic hymns, traditional folk music, and '50s pop songs. By the late '60s, Rafferty had already played in a number of local bands and was looking for a broader platform to showcase his songs. Enter musician and comedian Billy Connolly, who, along with guitarist Tam Harvey, had been working for several years as a Glaswegian folk duo called the Humblebums. The duo had already released an album in early 1969 for the Transatlantic label when, after a gig in Paisley, Rafferty approached them to audition some of his material. Connolly was impressed not only with the songs but with their author, and suddenly the Humblebums were a trio. This format, however, proved to be an awkward fit and before long, Harvey was out, leaving Connolly and Rafferty to split the songwriting duties evenly. The Humblebums' stage show was an entertaining mix of songs interspersed with Connolly's jokes and increasingly long stand-up routines, but on record they presented a high-quality folk act that effectively introduced the British public to Rafferty's talents. Over two albums, 1969's The New Humblebums and 1970's full-band outing, Open Up the Door, the group was a moderate success both on-stage and in the studio. By 1971, however, both members seemed to be moving in different trajectories (Connolly into comedy and Rafferty into rock music) and they parted ways. Still under contract to Transatlantic, Rafferty fulfilled his obligation to the label with 1971's Can I Have My Money Back?, a cynical, but melodious folk-pop gem, on which Rafferty employed the vocal talents of his old school friend and early bandmate Joe Egan. A critical success, the LP failed to make much of a commercial impact and Rafferty and Egan banded together to form the rock outfit Stealers Wheel. Although plagued by a complicated legal and lineup history, Stealers Wheel were a success right out of the gate. Produced by famed American hitmakers Leiber Stoller, the group's self-titled 1972 debut found favor on both sides of the Atlantic, thanks to the delightfully catchy, Bob Dylan-parodying "Stuck in the Middle with You," which was a Top Ten hit in the U.S. and the U.K. Sung by Rafferty and co-written with Egan, the song's legacy has stretched well into the 21st century thanks to heavy classic rock radio play and some key movie and television placements, most notably in Quentin Tarantino's 1992 film Reservoir Dogs. Ironically, Rafferty had temporarily left the band during the song's chart ascension and by the time he rejoined in 1973, most of his bandmates except for Egan had departed as well. They went on to release a second album, Ferguslie Park, but by then, their momentum had cooled and they had already broken up by the time AM released their third album, 1975's Right or Wrong.

Disillusioned with bands, Rafferty overcame several years of legal wrangling before he was able to enter the studio as a solo artist. When he finally did in 1978, it was to record his masterpiece. Released by United Artists, City to City was an ambitious and enigmatic pop album that turned him into a major star. Although packed with excellent songwriting, its crown jewel was "Baker Street,'' a sophisticated late-'70s soft rock powerhouse with a haunting central melody and an unforgettable saxophone line played by Raphael Ravenscroft. "Baker Street" dominated the airwaves for months in 1978 and helped its parent album hit number one in the U.S. where it achieved platinum certification. It might have sold even better had Rafferty's reclusive and sometimes iconoclastic nature prevented him from touring in support of it. Released a year later, 1979's Night Owl was another critically lauded work that put up decent chart numbers thanks to the title track and singles like "Days Gone Down (Still Got the Light in Your Eyes)" and "Get It Right Next Time." Unfortunately, the momentum that had driven City to City to top-selling status wasn't there, and by the time he released 1980's Snakes Ladders, his sales had declined significantly. 1982's synth-driven Sleepwalking, issued on the Liberty label, ended that round of Rafferty's public music-making activities, and little was heard from him during the mid-'80s, apart from one Mark Knopfler-penned song contributed to the offbeat comedy Local Hero and a 1987 producer's gig with Scottish duo the Proclaimers that yielded their Top Three single "Letter from America." In 1988, he released his first album in more than five years, North South, though it failed to register with the public. By that time, Transatlantic had begun exploiting his early recording activity, reissuing Rafferty's early solo and Humblebums tracks on CD. Of his '90s output, On a Wing and a Prayer (1992) was critically deemed a return to form and Over My Head (1995) was an attempt to reconsider his own past by rethinking some Stealers Wheel-era songs.

Increasingly fed up with the confines of recording and releasing music commercially, Rafferty's next move was to assemble a digital mobile recording rig and record himself in different locations around the world. He also ditched the label system and launched his own website with the aim of releasing music directly to his fans. This was the case for 2000's Another World, which appeared only in digital form and featured guest work by Mark Knopfler. It eventually saw a physical release on the Hypertension label. Rafferty remained relatively reclusive for the rest of the decade, returning in 2009 with Life Goes On, a collection of covers, several new tracks, and a series of traditional songs and Christmas carols which proved to be his final album. His troubles with alcoholism were well-known to friends and by the end of 2010, his downward spiral resulted in hospitalization and treatment for multiple organ failure. Despite a brief rally, Rafferty died of liver disease on January 4, 2011 at the age of 63. Over the following decade, his legacy was well-honored by admiring musicians and fans and in 2021, a posthumous 11th album called Rest in Blue was released. Curated and completed by his daughter, Martha Rafferty, it consisted of songs he'd recorded at the tail-end of the 2010s that were intended for a future album. ~ Bruce Eder & Timothy Monger, Rovi 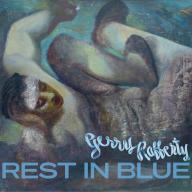 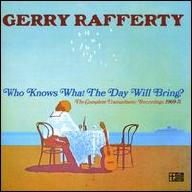 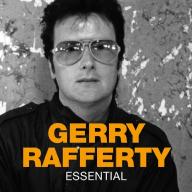 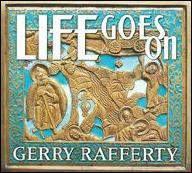 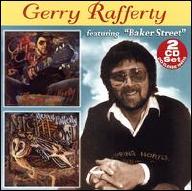 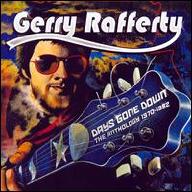 Please Sing a Song for Us
2004
Videos
Close 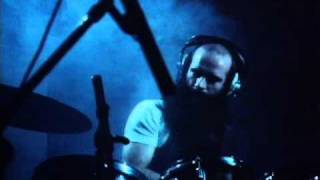 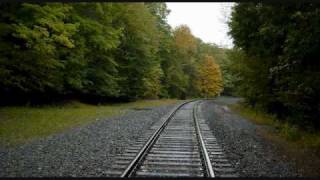 Gerry Rafferty - Right Down the Line 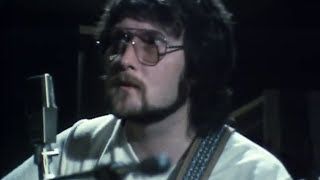 Gerry Rafferty - Get It Right Next Time (Official Video) 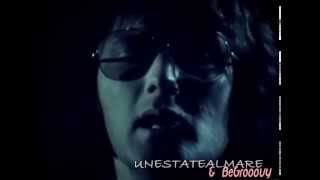 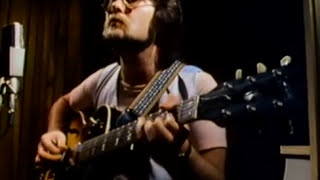 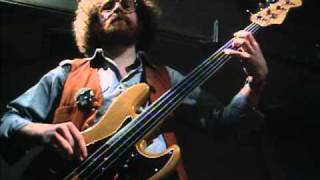 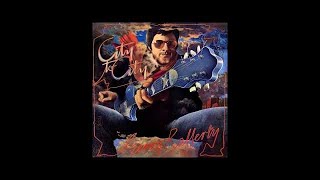