Close
Infectious Grooves
from Los Angeles, CA
formed January 1, 1989 (age 33)
Biography
Infectious Grooves is a funk-metal supergroup with ties to Suicidal Tendencies, Faith No More, Metallica, Jane's Addiction, and Avenged Sevenfold, among others. Founded in 1989 by Suicidal Tendencies frontman Mike Muir, the band issued their Billboard-charting debut album, The Plague That Makes Your Booty Move... It's the Infectious Grooves, in 1991. The Grooves went on hiatus after the release of 1999's Mas Borracho but reunited in 2013 for a series of live shows. They returned to the studio in 2020 and released the EP Take You on a Ride.

Infectious Grooves was founded by the Suicidal Tendencies duo of vocalist Mike Muir and bassist Robert Trujillo, with guitarists Adam Siegel (Excel) and Dean Pleasants, and Jane’s Addiction drummer Stephen Perkins. The project was given equal status as Suicidal Tendencies, and the two bands often toured together, necessitating two exhausting sets per night for the pair. Their 1991 debut, The Plague That Makes Your Booty Move... It's the Infectious Grooves, established an entirely different sound from the parent band, with a heavy, Red Hot Chili Peppers-style funk attack, with Muir, for once, producing lighter and more comedic lyrical fare. Standout track "Therapy" featured guest backing vocals from Ozzy Osbourne, who punctuated Muir's vocals with gleeful, manic roars of the title over furious riffing and a potent Trujillo-Perkins rhythm. Perkins left for Porno for Pyros the following year, and Josh Freese stepped in on Sarsippius' Ark, an odd collection of previously unreleased songs, live takes, cover versions, and new numbers, with spoken interjections from a "Sarsippius" character. Groove Family Cyco was a more conventional set of new material in the same hard funk vein, with Muir taking a satirical lyrical swipe at Rage Against the Machine on "Do What I Tell Ya!", while adopting his more customary serious lyrical slant. The industrious Muir also formed a punk band, My Head, with Siegel, before returning to Infectious Grooves in 1999 for their fourth album Mas Borracho.

Infectious Grooves went on hiatus shortly after the album's release but reformed in 2013 as a live entity. In 2020 the band released the EP Take You on a Ride, which compiled three previously unreleased tracks from 1995 and the bruising title cut, which was their first newly recorded song in two decades. ~ James Christopher Monger, Rovi 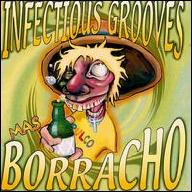 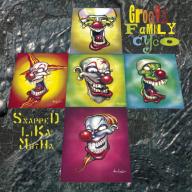 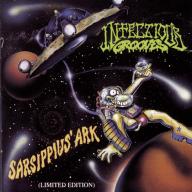 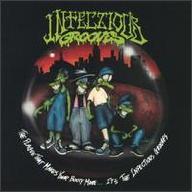 The Plague That Makes Your Booty Move
1991
Videos
Close 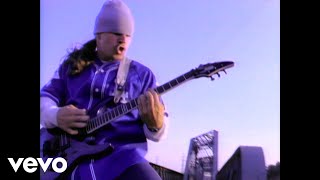 Infectious Grooves - Punk It Up 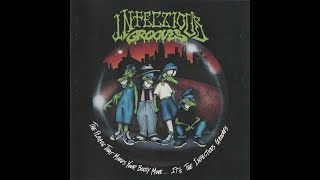 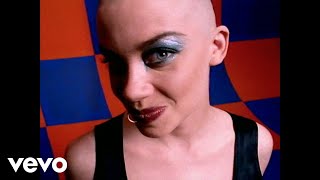 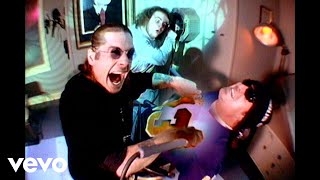 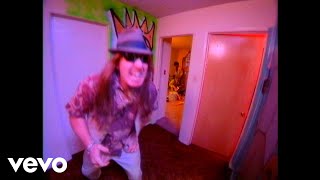 Infectious Grooves - These Freaks Are Here To Party 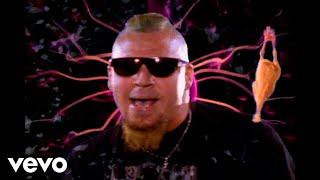 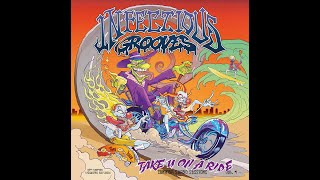