Close
Rollins Band
from Van Nuys, CA
formed April 1, 1987 - January 1, 2007 (age 19)
Biography
Almost immediately after the legendary punk/hardcore band Black Flag called it quits in 1987, lead singer Henry Rollins issued his first solo releases, Hot Animal Machine and Drive By Shooting (the latter an EP credited to Henrieta Collins the Wifebeating Childhaters), featuring longtime friend Chris Haskett on guitar, bassist Bernie Wandel, and drummer Mick Green. But Rollins missed being part of a true band, hence the formation of the Rollins Band. Similar in style to the Flag's latter direction (Sabbath-esque riff-heavy hardcore metal), the Rollins Band enlisted ex-Gone members Sim Cain (drums) and Andrew Weiss (bass), while Haskett remained onboard. The group quickly made a name for themselves with their explosive concerts and nonstop touring, as soundman Theo Van Rock signed on as well (Van Rock's contributions were so great that he was often credited as a fifth member of the band).

A steady stream of releases followed: 1988's Life Time (produced by Fugazi's Ian MacKaye), 1989's Do It and Hard Volume, as well as the 1990 live set Turned On. 1990 also saw the release of Fast Food for Thought, a one-off experimental side project by Rollins and Weiss, dubbed Wartime. But the Rollins Band caught their big break when Perry Farrell invited them to join his inaugural Lollapalooza festival tour in the summer of 1991 (which also included such acts as Nine Inch Nails, Living Colour, Ice-T, Siouxse the Banshees, and headliner Jane's Addiction). Opening up the day's multi-band concert proved to be quite a challenge -- playing in the baking early afternoon heat while concert-goers were still arriving -- but the thousands who had never even heard of the Rollins Band were now well aware of the group's gripping, thought-provoking heavy rock. The buzz on the band was growing and their next release, 1992's The End of Silence (their first for Imago Records), proved to be their best-selling album thus far, spawning such popular MTV videos as "Low Self Opinion" and "Tearing," while Henry Rollins began appearing regularly on the network as a guest VJ or on specialty programs.

Weiss left the band after the tour in support of End of Silence wrapped up (later turning up on releases by the Butthole Surfers, Helios Creed, Yoko Ono, Pigface, and Ween) and was replaced by New York City funk bassist Melvin Gibbs, recommended by Living Colour's Vernon Reid. The Rollins Band's 1994 release Weight proved to be the biggest hit of their career, due to MTV's heavy rotation of the striking Anton Corbijn-directed clip for "Liar" (which saw Rollins wearing different costumes and, at several points, covered from head to toe in red paint). A memorable appearance at Woodstock '94 followed shortly thereafter as the band continued their relentless touring schedule. 1997 saw the release of the band's debut for the massive DreamWorks label, Come in and Burn, but stagnation began setting in and Rollins dismissed his bandmates shortly after the conclusion of its supporting tour. Haskett later played on David Bowie's Hours, as well as continuing a solo career, while the others showed up on other artists' records as well. The stopgap live set, Live in Australia 1990, was issued in 1999 as Henry Rollins assembled a whole new Rollins Band lineup consisting of L.A. rockers Mother Superior. 2000's Get Some Go Again was the new lineup's first album together. ~ Greg Prato, Rovi 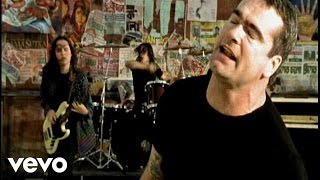 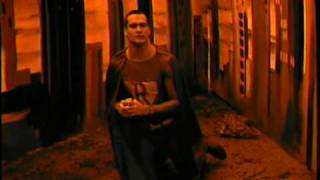 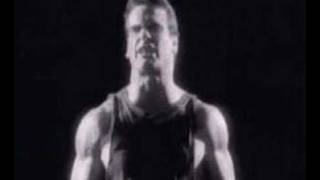 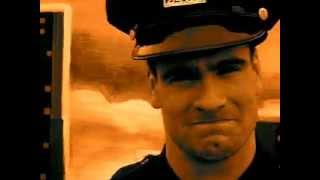 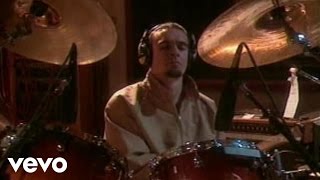 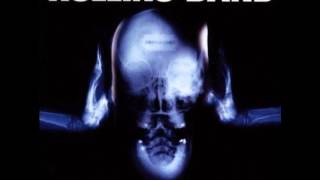 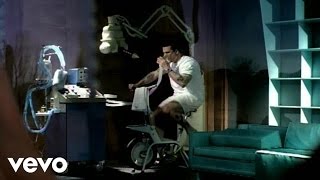 Rollins Band - The End Of Something
Available here: