Rowan was born in 1942 and grew up in Wayland, Massachusetts, near Boston; his parents and several relatives were musicians, and he and his brothers Chris and Lorin grew up playing both rock and bluegrass together. Rowan also formed a Tex-Mex band called the Cupids in high school, and after college he sang and played mandolin in the folk group the Mother Bay State Entertainers, whom he joined in 1963. He also played with Jim Rooney and Bill Keith, and in 1964 he joined Bill Monroe's legendary Blue Grass Boys as a vocalist and guitarist. He departed in 1967 to team up with mandolin virtuoso David Grisman in the eclectic, progressive-minded folk-rock band Earth Opera, who released two albums and often opened for the Doors. Rowan next moved to the San Francisco Bay Area and joined Seatrain, a bluegrass/rock hybrid outfit. He appeared on two albums in 1970 and 1971, then left to play with Jerry Garcia and Grisman in the bluegrass group Old in the Way, also joining Grisman in Muleskinner.

In 1975, Rowan teamed with up his brothers Chris and Lorin in the progressive bluegrass unit the Rowans, who released several acclaimed albums over the next few years. Rowan also performed with Flaco Jimenez in Mexican Airforce and issued his first two solo albums -- 1978's Peter Rowan and 1980's Medicine Trail -- on Flying Fish. He issued the Tex-Mex project Texican Badman on Appaloosa in 1981 as well as an album with his Nashville-based group, the Wild Stallions. The year 1982 brought The Walls of Time, the first in a long string of albums for the Sugar Hill label that lasted well into the '90s.

Among the more notable, 1985's The First Whippoorwill was an affectionate tribute to Monroe, while 1988's New Moon Rising became the signature album of Rowan's solo career, featuring some of his most popular material. Released in 1990, Dust Bowl Children was a completely solo performance, while 1991's All on a Rising Day continued his creative hot streak. Several more albums followed through 1996, including one, 1994's Tree on a Hill, that reunited him with Chris and Lorin; another, 1996's Yonder, paired him with Dobro king Jerry Douglas for a set of duets.

Rowan took a break from his solo career for a few years but continued to guest on albums by other artists, including the Czech folk group Druha Trava. He returned in 2002 with High Lonesome Cowboy, a collaborative effort with Don Edwards for Shanachie that also featured Tony Rice and Norman Blake. In 2004 Rowan released You Were There for Me, a long overdue collaboration with Tony Rice that resulted in another album in 2007 called Quartet.

The Peter Rowan Bluegrass Band issued the Alison Brown-produced Legacy in 2010 with a quartet comprising Jody Stetcher, Paul Knight, and Keith Little. Its guests included Ricky Skaggs, Del McCoury, Gillian Welch, and David Rawlings. Old School, issued in 2013, brought together surviving members of Monroe's Blue Grass Boys with a new generation of players who followed in the footsteps of that tradition. It was followed later in the year by a raw compilation of Rowan's Trang Groove, a reggae, R&B, and bluegrass fusion project.

Back in 2006, producer John Chelew happened by Rowan's painting studio and heard him play some spiritually themed songs he'd performed live but had never recorded. The producer booked time at the Record Plant in Sausalito and Rowan and his band began laying down some of the songs. Further recording was done in Los Angeles and New Orleans, with a slew of guests including bassist Jack Casady and Welch. The album was issued as Dharma Blues by Elk Run through Omnivore Recordings in the summer of 2014. In 2017, Omnivore released My Aloha!, a collection of tunes in the Hawaiian style, with Rowan on guitar and baritone ukulele. Rowan signed with Rebel Records ahead of the release of 2018's Stanley Brothers-inspired Carter Stanley's Eyes. In 2022 he issued Calling You from My Mountain, a set of original and traditional songs featuring guest spots from Shawn Camp, Billy Strings, Molly Tuttle, and Lindsay Lou. ~ Steve Huey, Rovi 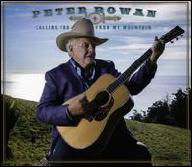 Calling You From My Mountain
2022 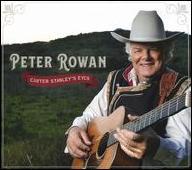 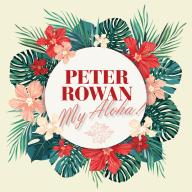 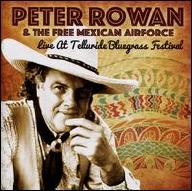 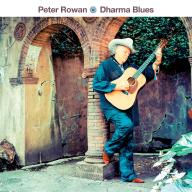 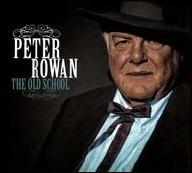 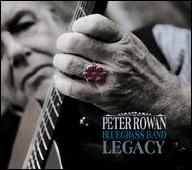 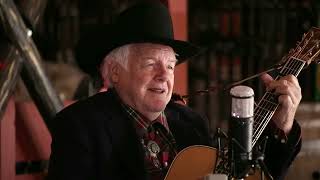 Peter Rowan live at Paste Studio on the Road: WinterWonderGrass 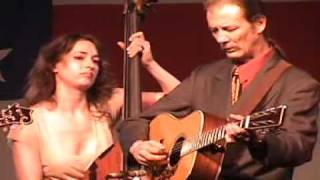 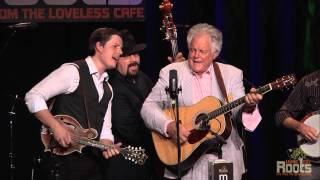 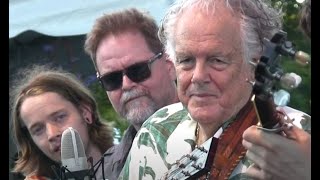 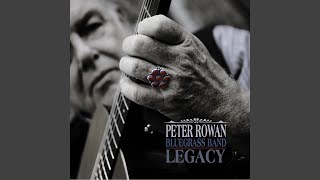 Across the Rolling Hills (Padmasambhava) 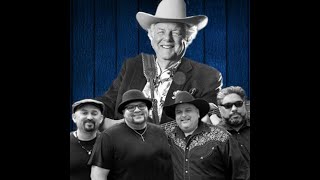 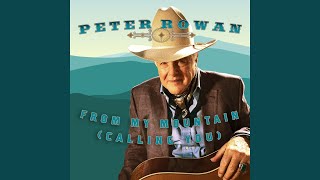 From My Mountain (Calling You)
Available here: