Close
Derrick May
from Detroit, MI
April 6, 1963 (age 59)
Biography
Of the Belleville Three, the cadre of early Detroit producers who tested the limits of spirit within electronic dance music and changed the integrity of the form forever, Derrick May's reputation as an originator remained intact despite more than a decade of recording inactivity. While Juan Atkins is rightly looked at as the godfather of techno, with a recording career beginning in the electro scene of the early '80s and encompassing some of the most inspired tracks in the history of dance music; and Kevin Saunderson is the Detroit producer with the biggest mainstream success through his work with vocalist Paris Grey as Inner City, May's position as an auteur eroded slightly during the '90s due to a largely inexplicable lack of activity. As far as influence counts as part of the equation, however, May recorded the techno tracks which top dance producers point to as the most original and influential. The classic Derrick May sound is a clever balance between streamlined percussion-heavy cascades of sound with string samples and a warmth gained from time spent in Chicago, enraptured by the grooves of essential DJs like Ron Hardy and Frankie Knuckles. May's Transmat Records label was the home of his best material, cuts like Nude Photo, Strings of Life, Kaos, and It Is What It Is, most produced from 1987 to 1989 as Rhythim Is Rhythim. And though his release schedule all but halted during the '90s, he continued DJing around the world and honed Transmat into one of the most respected techno labels in the world.

Derrick May was born in Detroit in 1963, a single child raised largely by his mother. At the age of 13, he began attending school in the suburb of Belleville; there he met Juan Atkins and the two began trading mixtapes, Atkins providing May's entry into the world of Parliament, Kraftwerk, and Gary Numan. When his mother moved to Chicago, May stayed in Detroit with another friend, Kevin Saunderson, to finish school. By 1981, Atkins had taught May and Saunderson the essence of DJing as well, and the trio formed Deep Space Soundworks, a collective existing to present their favorite music at parties and clubs. May and Atkins also began working with a local DJ named the Electrifyin' Mojo -- the man who first introduced Atkins to Kraftwerk and early synth pop -- by creating elaborate megamixes for use on Mojo's radio show.

After high school graduation May attended university on a football scholarship. He soon tired of the academic life though, and returned to Detroit, where he worked in an arcade. During his frequent trips to Chicago to visit his mother, he had gotten hooked up with Chicago's familial house scene, then in its infancy. May was fascinated by the warmth and community feeling engendered at spots like the Power Plant and the Music Box, where DJs Frankie Knuckles and Ron Hardy used elaborate turntable set-ups and reel-to-reel machines to create mastermixes which re-invoked the spirit of disco even while pushing music forward. May brought Saunderson to the clubs several times as well, and stayed in Chicago for up to a year. When he again returned to Detroit, the need for a club to call his own caused May and the Deep Space family to found the Music Institute. It soon became the hub of Detroit's ever-growing underground musical family, a place where May, Atkins, and Saunderson DJed along with co-horts Eddie Flashin Fowlkes and Blake Baxter. The club invigorated a badly fractured sense of community for many residents, and changed the lives of second-wave technocrats like Carl Craig, Stacey Pullen, Kenny Larkin, and Richie Hawtin.

Though May owned a Roland TR-909 synthesizer, he had done little actual recording by the early '80s. When Juan Atkins hit the big time in 1981 with the local success of his group Cybotron, it influenced May to begin recording seriously. He debuted on wax with Let's Go (the third release on Atkins' Metroplex Records) and then founded his own Transmat label, a Metroplex subsidiary named after Atkins' track Night Drive (Time, Space, Transmat). May introduced Rhythim Is Rhythim, his most important guise, with the Transmat single Nude Photo. The producer soon followed up with more future classics of the genre: Freestyle, Strings of Life, It Is What It Is, and Kaos.

Of those first singles, Strings of Life hit Britain in an especially big way during the country's 1987-1988 house explosion, and May became one of the first American techno artists to tour England. He was also recruited heavily as a remixer, for pop bands -- eager to gain credit in clubland -- as well as straight dance acts. A series of setbacks around the turn of the decade appeared to sour May's fortunes, though. The fertile British rave scene, which had grown in strength from 1986 to 1990, was overwhelmed by music growing ever more frenetic in order to compete with increasing drug intake. Quite soon, most of the successes in British dance music were native hardcore or rave-pop groups (Altern-8, Sunscreem, the Prodigy) while much of clubland forgot its American inspirations in favor of chart-bound novelty tracks.

In 1991, May looked ready to return in a big way; at one point, he considered forming a Kraftwerk-styled techno supergroup named Intelex with Atkins and Saunderson. Though negotiations to sign with Trevor Horn's ZTT Records looked promising, the deal eventually fell through, and May later declined several invitations by major labels. In fact, he quit making music for the most part by late 1991 (despite consistent rumors to the contrary), though he did work with ambient pioneer Steve Hillage on tracks for the debut album of Hillage's System 7 project. May continued to DJ around the world, and maintained his standing in the eyes of many top-flight producers. His Transmat label continued to find a home for many of the finest techno singles ever compiled, including tracks by Stacey Pullen's Silent Phase, Juan Atkins' Model 500, Joey Beltram, K-Alexi, Carl Craig's Psyche, and Kenny Larkin's Dark Comedy. Finally, in 1995, Sony Japan compiled his most innovative tracks onto the single-disc retrospective Innovator, and May contributed a song to the soundtrack for Sony's video game #Ghost in the Shell. [See also: Rhythim Is Rhythim] ~ John Bush, Rovi 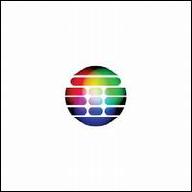 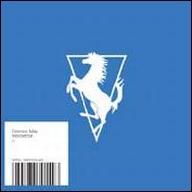 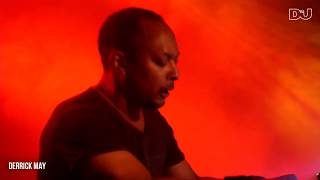 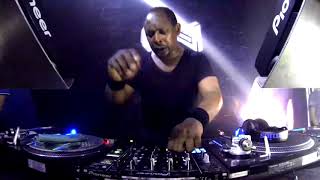 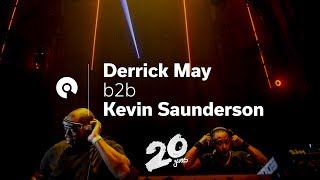 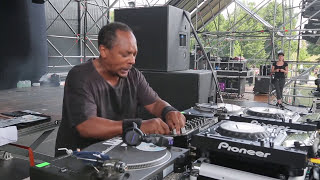 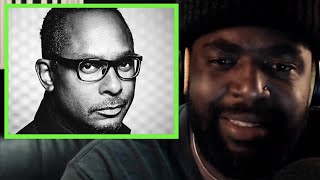 Derrick May Must Be Stopped 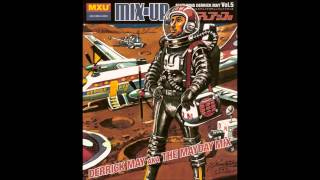 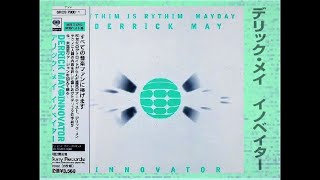