Close
Liberty Ellman
from London, England
July 17, 1971 (age 50)
Biography
Jazz guitarist and composer Liberty Ellman is a bandleader and first-call sideman for a host of musicians, chief among them Henry Threadgill's Zooid, of which he is a founding member. Ellman not only played on the Pulitzer Prize-winning In for a Penny, In for a Pound, he produced and mixed it. Further, he has worked live and in the studio with some of the more innovative jazz artists of the day including Joe Lovano, Myra Melford's Snowy Egret, Wadada Leo Smith, and many others. His leader recordings include 1998's Orthodoxy, which incorporated odd tempos, dark riffs, and elements of hip-hop wrapped in jazz. 2003's Tactiles was a showcase for Ellman's mature composing as it flitted between M-Base-influenced stylizations (abstract and conventional) and painstakingly detailed, yet unusual rhythms. Two years later, Ellman issued Ophiuchus Butterfly, which walked further out on the ledge with knotty, interlocking grooves, jagged lyric cadences, and rhythmic densities plotted across quirky harmonies. After issuing 2015's acclaimed Radiate, Ellman was voted the top Rising Star Guitarist in the Downbeat Critics Poll in 2016. In addition to jazz, Ellman has worked with hip-hop artists Midnight Voice and the Coup, as well as EDM producer Joaquin Joe Claussell. The guitarist's studio skills -- mixing, mastering, and producing -- have appended his career. He has worked with artists ranging from Chico Freeman and Tyshawn Sorey to Kris Davis and Gregory Porter, including mixing the latter's Grammy-nominated Be Good.

Born in London in 1971 but raised in New York and on the West Coast of the U.S., Ellman was an active member of the Bay Area's artistic community, playing with like-minded musicians Vijay Iyer and Eric Crystal, working with hip-hop groups the Coup and Midnight Voices, and composing music for the San Francisco Mime Troupe, a political theater company. It was in San Francisco that he encountered, via Iyer and others, the M-Base Collective's musical culture and ideas. In early 1997, Ellman founded Red Giant Records, which released his debut album, Orthodoxy, as well as discs by Iyer, Crystal, and Midnight Voices. Relocating to New York in late 1998, Ellman recorded for dance music producers Spiritual Life and began playing with saxophonist Rudresh Mahanthappa. He also performed regularly with his own trio and gained employment in the touring band of M-Base progenitor Greg Osby.

In 2000, Ellman joined Henry Threadgill's Zooid sextet as an acoustic guitarist along with tubist Jose Davila. Zooid's 2001 debut, Up Popped the Two Lips on Pi, began a period of collaboration and tutelage with Threadgill. In 2003, Ellman delivered Tactiles on Pi. His band on the date included bassist Stephan Crump, drummer Eric Harland, alto saxophonist Osby and tenorman Mark Shim. Ellman also played on Vijay Iyer's and Mike Ladd's interdisciplinary In What Language. The following year, Ellman not only played on Zooid's Pop Start the Tape, Stop, he mastered it, too. He also appeared on Groove Collective's Grammy-nominated People People, Music Music. In 2005, Ellman began working with trumpeter Graham Haynes Hardedge as a mixing and mastering engineer. He worked on three of their albums between 2005 and 2006, when he issued his own acclaimed Ophiuchus Butterfly. His band on the date included drummer Gerald Cleaver, bassist Stephan Crump, Zooid bandmate Jose Davila on tuba, and longtime collaborator Mark Shim and Steve Lehman on tenor and alto saxophones respectively. Despite universally positive reviews, it would be nine years before Ellman recorded again as a leader.

Between 2006 and 2015, his membership in Threadgill's Zooid claimed the lion's share of his time as a guitarist, producer, and engineer. Between live and studio dates he worked with Groove Collective -- Jen Chapin, Rudresh Mahanthappa and Steve Lehman, Iyer and Ladd, and Joel Harrison -- on the charting, Grammy-nominated People People Music Music, and he wore several caps: playing, producing, and mixing/mastering. 2016 proved an important year for Ellman. He was not only an integral part of Zooid's Pulitzer-prize winning In for a Penny, In for a Pound, but he also played guitar on pianist Myra Melford's seminal Snowy Egret recording. He was part of Adam Rudolph's Go Organic Guitar Orchestra on Turning Towards the Light, a work for guitars, bass, and banjo. His fellow axemen included Nels Cline, fellow M-Baser David Gilmore, Rez Abbasi, Miles Okazaki, and Harrison. To top it all off, Ellman delivered Radiate on Pi in August. His sextet on the date included Crump on bass, drummer Damion Reid, Lehman on alto, trumpeter Jonathan Finlayson, and Davila on trombone and tuba. The album drew the best reviews of Ellman's career to date with its breakbeat-ridden intersections of progressive, post-bop, avant-jazz, fractured funk, propulsive rock, and contemporary composition portrayed in interlocking grooves and complex lyricism. The Wall Street Journal's review praised it as "...bristling with energy and innovation...."

After touring the group on the festival circuit, Ellman resumed his career as a sideman and studio technician. Over the next several years he played on recordings by JD Allen, Melford, Jason Robinson, Ugandan/Nigerian singer Somi, and director Stan Douglas and Jason Moran on the score for Luanda-Kinshasa. Further, he produced Henry Threadgill Ensemble Double Up's Old Locks and Irregular Verbs (2016), 14 or 15 Kestra: Agg - Dirt... And More Dirt, and Double Up, Plays Double Up Plus ?(both 2018). He also mixed and mastered albums by Mary Halvorson, Finlayson, Harrison, Sorey, Borderlands Trio, and Rudresh Mahanthappa's Indo-Pak Coalition's Agrima. In late 2019 Ellman reassembled the sextet from Radiate for Last Desert. It was titled after 4 Deserts, the annual ultra-marathon through some of the earth's harshest environments: the Atacama in South America, the Gobi in China, the Sahara in Egypt, and the "White Desert" of Antarctica. Like the stark contrast between these landscapes and the grueling nature of the races, Ellman's six compositions for the date strike a charged balance between unfiltered emotion, painterly lyricism, and pure intellectual depth. Last Desert was issued at the end of March 2020. ~ David R. Adler, Rovi 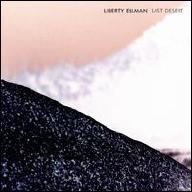 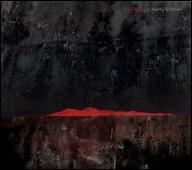 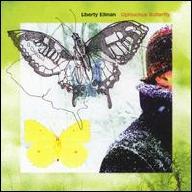 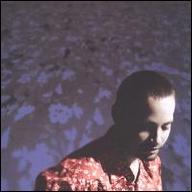 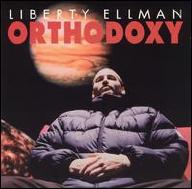 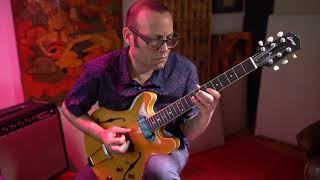 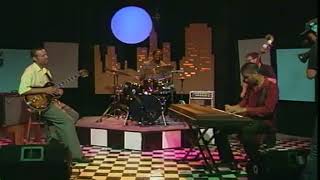 Liberty Ellman Quartet - "Out of a Jazz Coma" 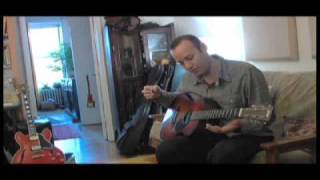 Liberty Ellman: Caught in the Act 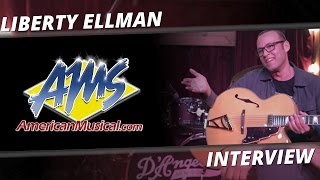 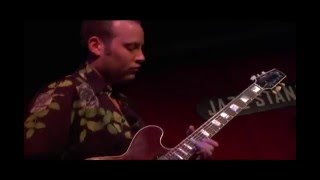 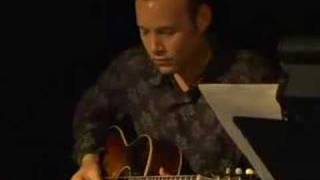 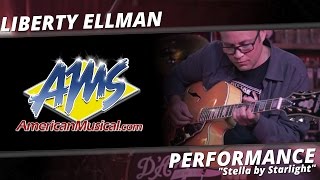